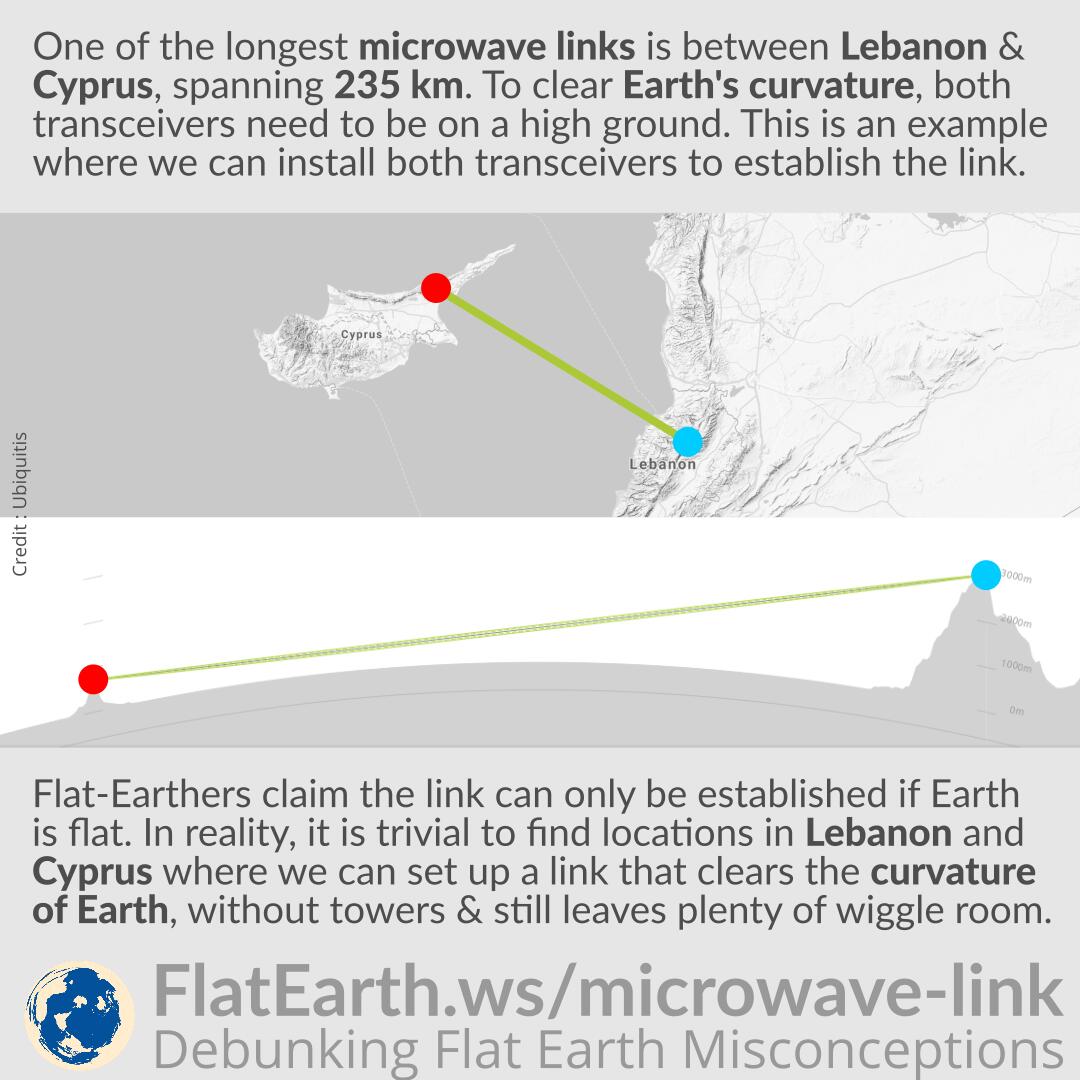 One of the longest microwave links is between Lebanon and Cyprus, spanning 235 km (146 miles). To clear Earth’s curvature, both transceivers need to be placed on high ground. In the illustration, we provide an example where we can install both transceivers to establish the link.

Flat-Earthers claim that the link can only be established if Earth is flat. In reality, it is trivial to find locations in Lebanon and Cyprus where we can set up a microwave link between them that clears Earth’s curvature without using any towers and still leaves us with plenty of wiggle room.

The company responsible for establishing the link is Exalt Communications (now part of Star Microwave). Flat-Earthers discovered the press release and then used it as “evidence” of a flat Earth. They assumed that such a long-distance link is only possible if Earth is flat. However, Exalt stated that any long-distance microwave link deployment needs to clear the Earth’s curvature. A quote from Exalt’s website:

An impressive and popular range claim is 124 miles. The reader will discover that no assumptions are provided to support such claims. Such a range truly would be impressive if it did not require the use of two 2000 foot (600 meter) towers in order to clear the Earth’s curvature.

Many long-range wireless equipment manufacturers provide us with link planning tools that we can use to design a wireless link and determine if such a link is possible (we use one from Ubiquiti in our illustration). Using one of these tools, we can demonstrate that it is possible to achieve such a link by placing the two transmitters on a high enough location on both ends.