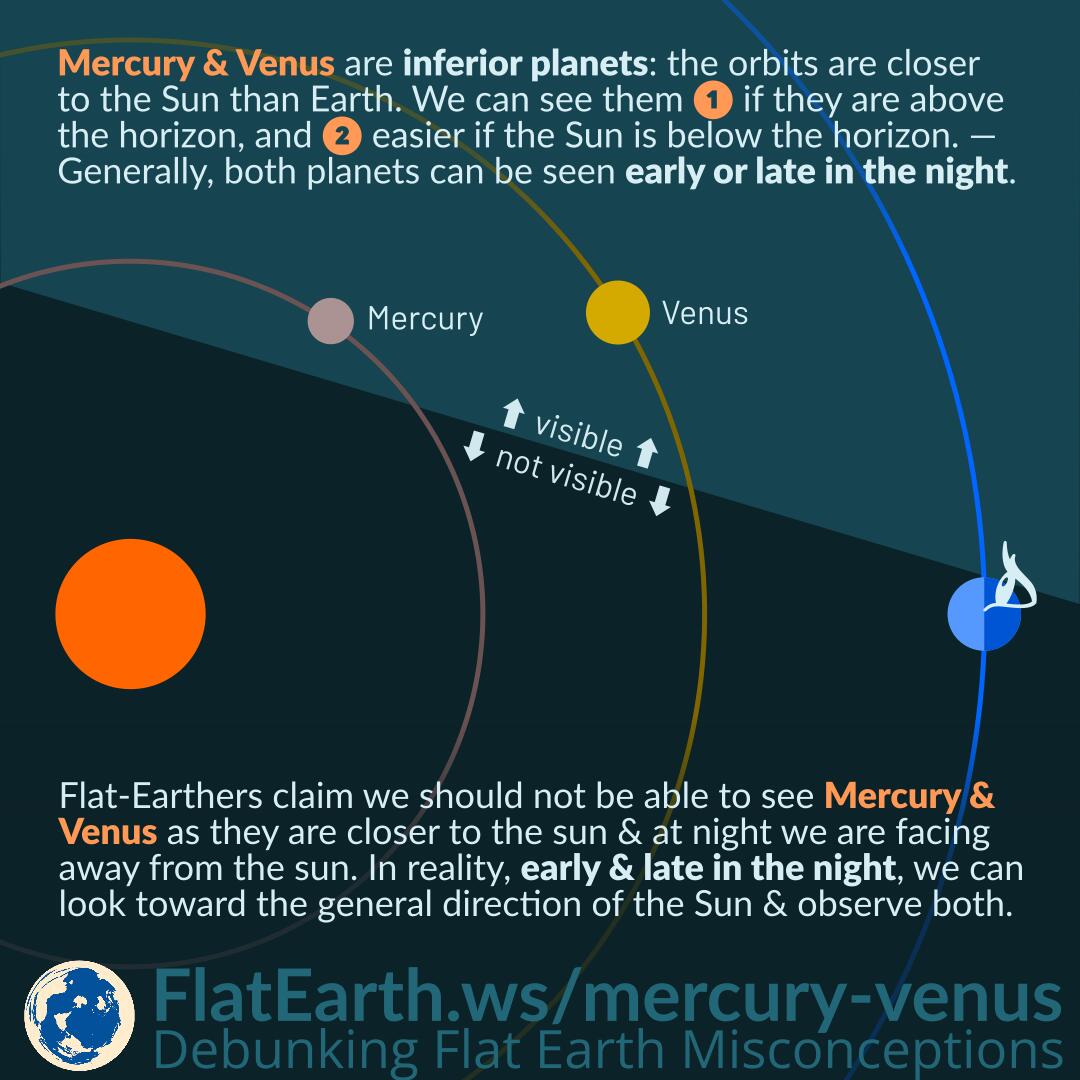 Mercury and Venus are inferior planets. Their orbits are closer to the Sun than Earth. We can see these planets if they are above the horizon, and it will be easier if the Sun is below the horizon. Generally, both planets can be seen early or late in the night.

Flat-Earthers claim we should not be able to see Mercury and Venus as they are closer to the sun, and at night we are facing away from the sun. In reality, early and late in the night, we can look toward the general direction of the Sun & observe both planets.

Venus is the third brightest object in the sky after the Sun and Moon. Sometimes, it can be easily observed even at the same time the Sun is visible.