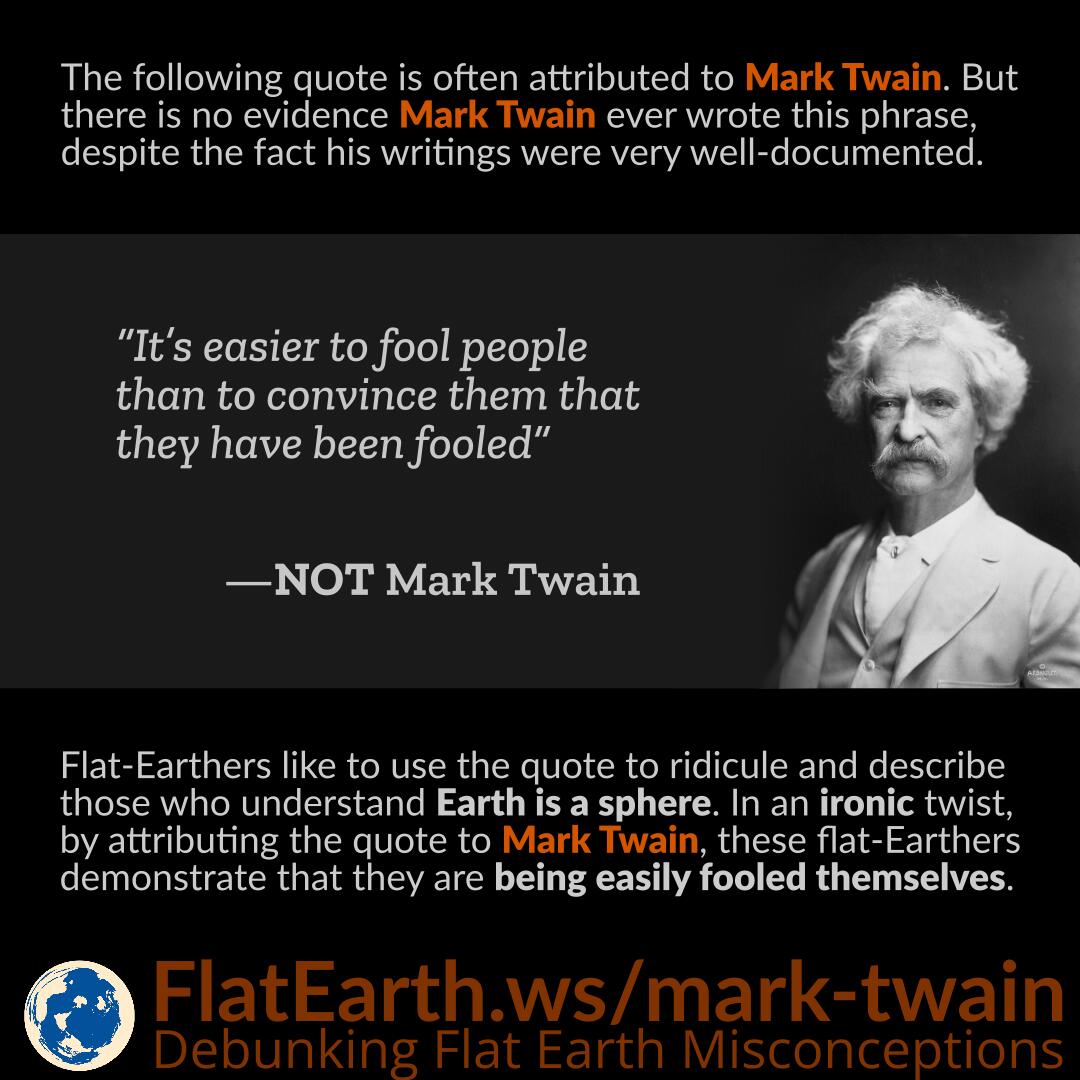 The following quote is often attributed to Mark Twain. But there is no evidence Mark Twain ever wrote this phrase, despite the fact his writings were very well-documented.

Flat-Earthers like to use the quote to ridicule & describe those who understand Earth is a sphere. In an ironic twist, by attributing the quote to Mark Twain, these flat-Earthers demonstrate that they are being easily fooled themselves.

The quote might have been invented to mislead those lacking critical thinking to spread it without realizing it is a fake quote. Then, the irony becomes a joke to everyone else.

We can say the quote is a much subtler version of “Don’t believe everything you read on the Internet just because there’s a picture with a quote next to it,” with a photo of Abraham Lincoln next to it.