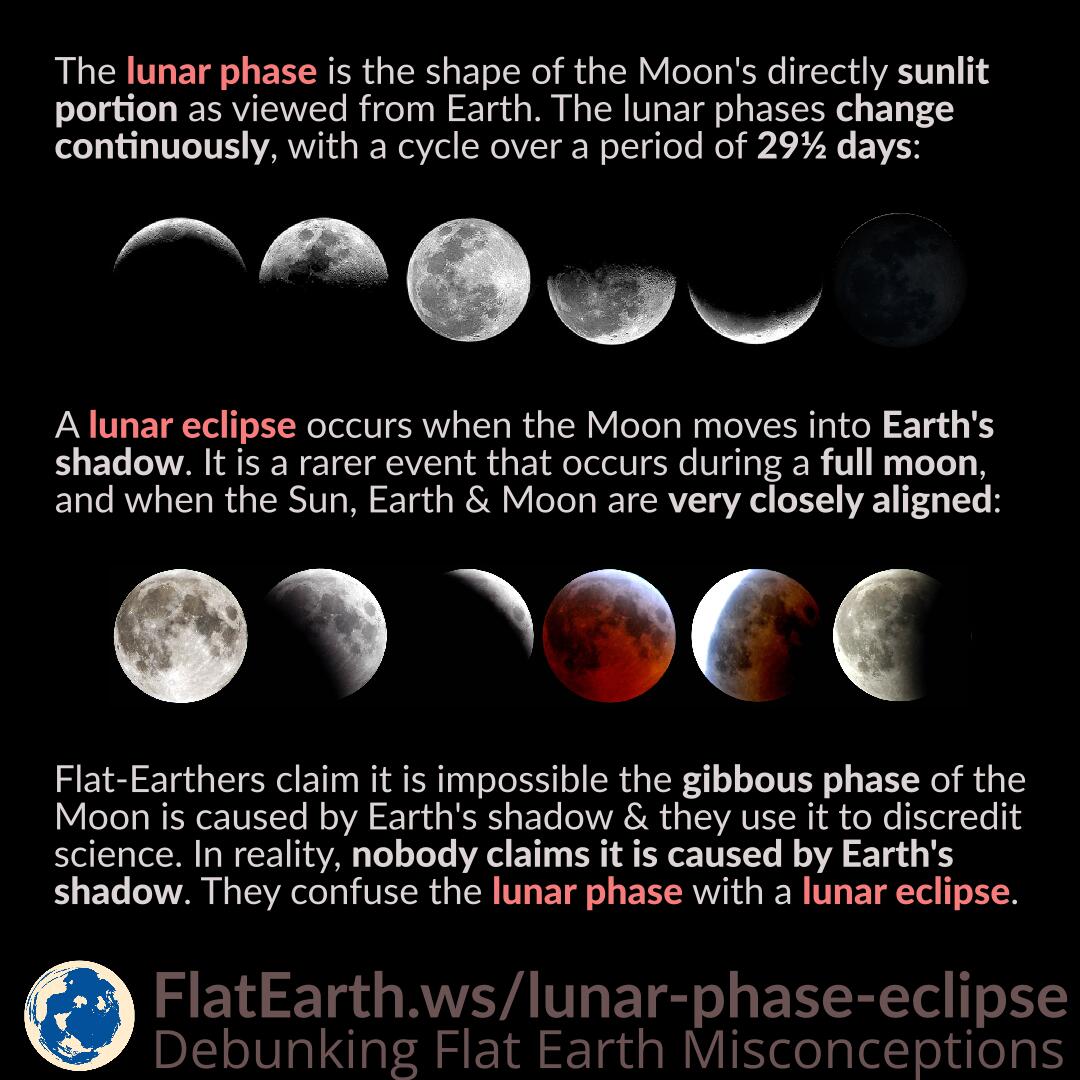 The lunar phase is the shape of the Moon’s directly sunlit portion as viewed from Earth. The lunar phases change continuously, with a cycle over a period of 29½ days.

A lunar eclipse occurs when the Moon moves into Earth’s shadow. It is a rarer event that occurs only during a full moon and when the Sun, Earth, and Moon are very closely aligned.

Flat-Earthers claim it is impossible that the gibbous phase of the Moon is caused by Earth’s shadow, and they use it to discredit science. In reality, nobody claims Earth’s shadow causes it. They confuse the lunar phase with a lunar eclipse.

Like the Earth, the Moon is also experiencing day and night cycles. Half of the moon is sunlit, and the other is dark. The lunar phase happens because we observe the sunlit part of the Moon differently depending on its position relative to Earth. The lunar phase is constantly changing. It changes gradually over the period of about 29½ days.

On the other hand, a lunar eclipse happens when the Earth’s shadow is cast on the Moon’s surface. This is a rare phenomenon and can only happen for a few hours during a full moon phase, but not every full moon will have an eclipse. Every year, there will be at least two lunar eclipses and as many as five.