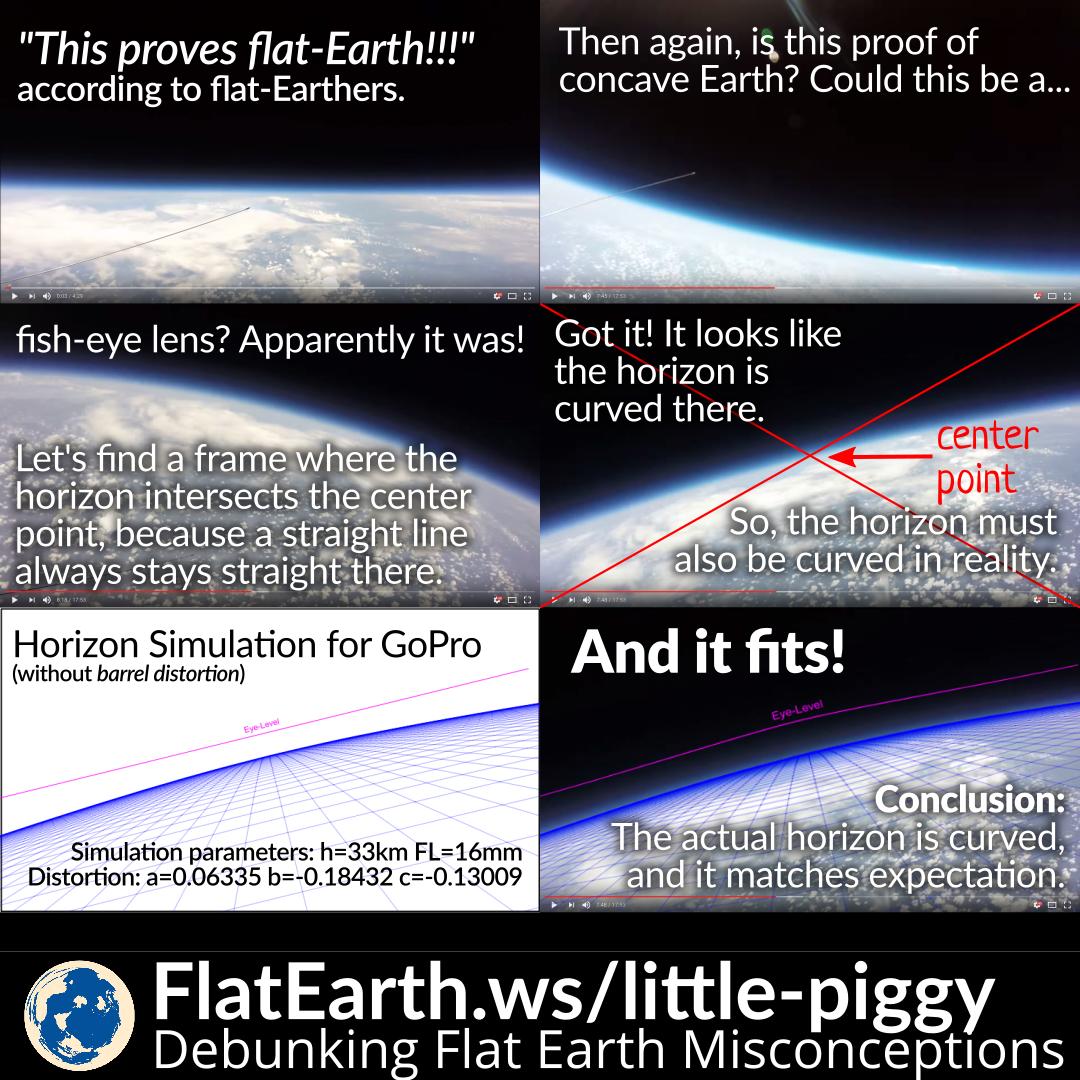 Little Piggy is the nickname of a helium balloon launched by IndianaCaver. It reached the altitude of almost 37 km before it finally ruptured and fell to the Earth. Before that, it took several hours of video, and IndianaCaver made these video available on YouTube.

Then, some flat-Earthers cherry-picked bits of the video where the horizon looked flat and presented it as ‘proof’ of flat-Earth. These are widely circulated in various memes and forms, even years after the originals were published.

But, can we use these videos as ‘proof’ of flat-Earth?

In the original videos, there are moments where the horizon looks flat as well as convex and concave. Surely this is because a fish-eye lens was being used. The unscrupulous flat-Earthers who first mined these videos deliberately ignored the parts where the horizon doesn’t look flat.

Let’s analyze the videos using ‘the law of distortion’ discussed in another article:

A straight line will appear straight as long as it crosses the center point of the image.

We used the excellent curvature simulation tool by Walter Bislin to determine the expected curvature from the altitude and camera being used. To convert the resulting simulation from rectilinear to fish-eye, we used the ‘convert’ utility from ImageMagick.

We don’t know for sure the exact camera/lens used in the setup. For this purpose, we assume they used the ever popular GoPro with a wide-angle setting.