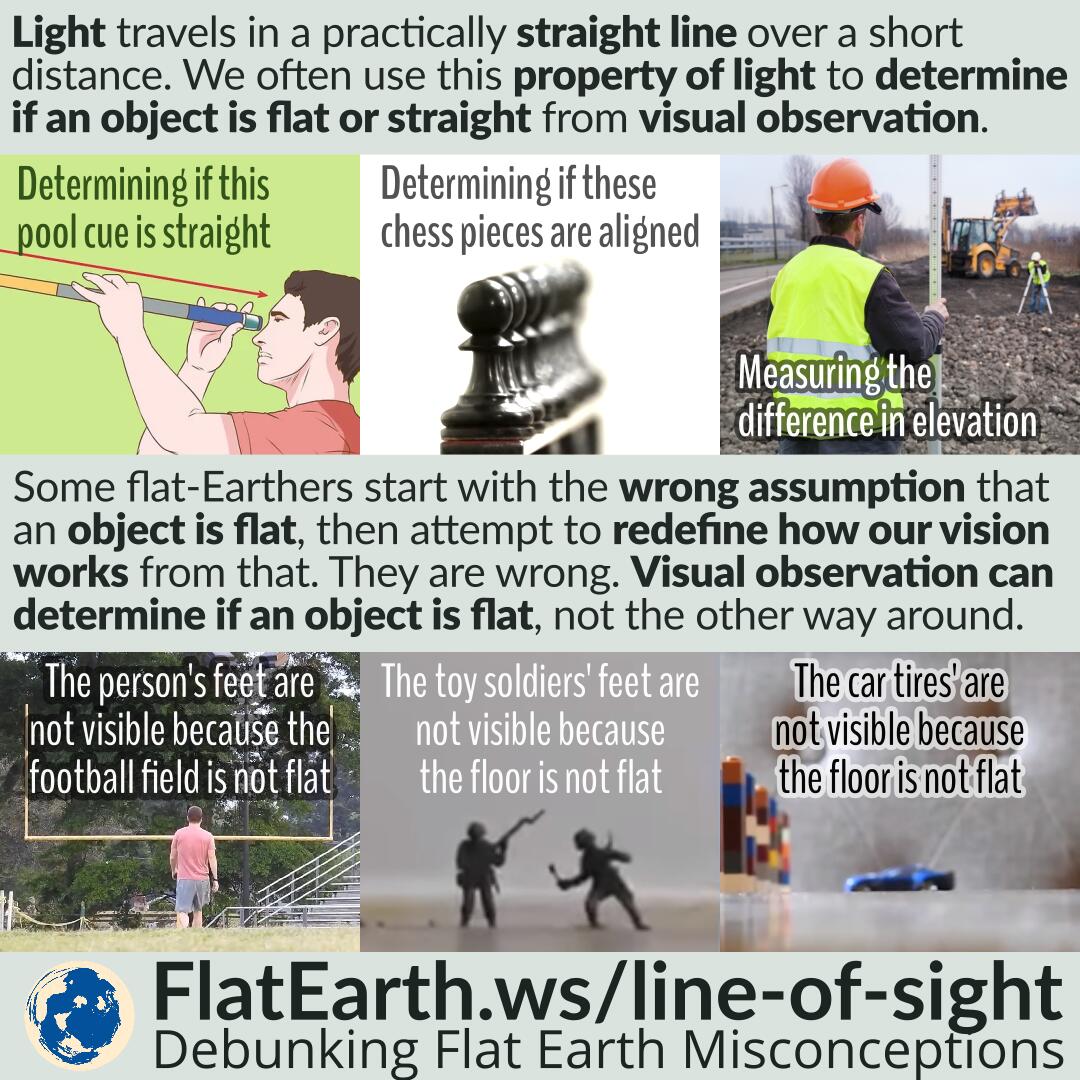 Light travels in a practically straight line over a short distance. We often use this property of light to determine if an object is flat or straight from visual observation.

Some flat-Earthers start with the wrong assumption that a specific object is flat, then attempt to redefine how our vision works from that. They are wrong. From visual observation, we can determine if an object is flat, not the other way around.

As an example, a flat-Earther began with the assumption that a football field is flat. Then he did an experiment and discover that the feet of a person on the other side of the field appear to be obscured. He took the wrong conclusion that a flat object can cover the bottom of a distant object.

It was an invalid causality. Because light travels in a straight line, visual observation let us determine if the field is flat. If the feet of a person on the other side of the field is obscured, then there is only one possible conclusion: the football field is not flat. And the field itself was probably constructed using visual observation as an aid, and that was deliberately made not perfectly flat to allow water runoff.

In this case, the flat-Earther is trying to revise our understanding about how light travels, so that the various natural observations can be presented as if they are consistent with the flat Earth model.  In reality, it does not work that way. We use the said property of light to determine if an object is flat or straight, not the other way around.