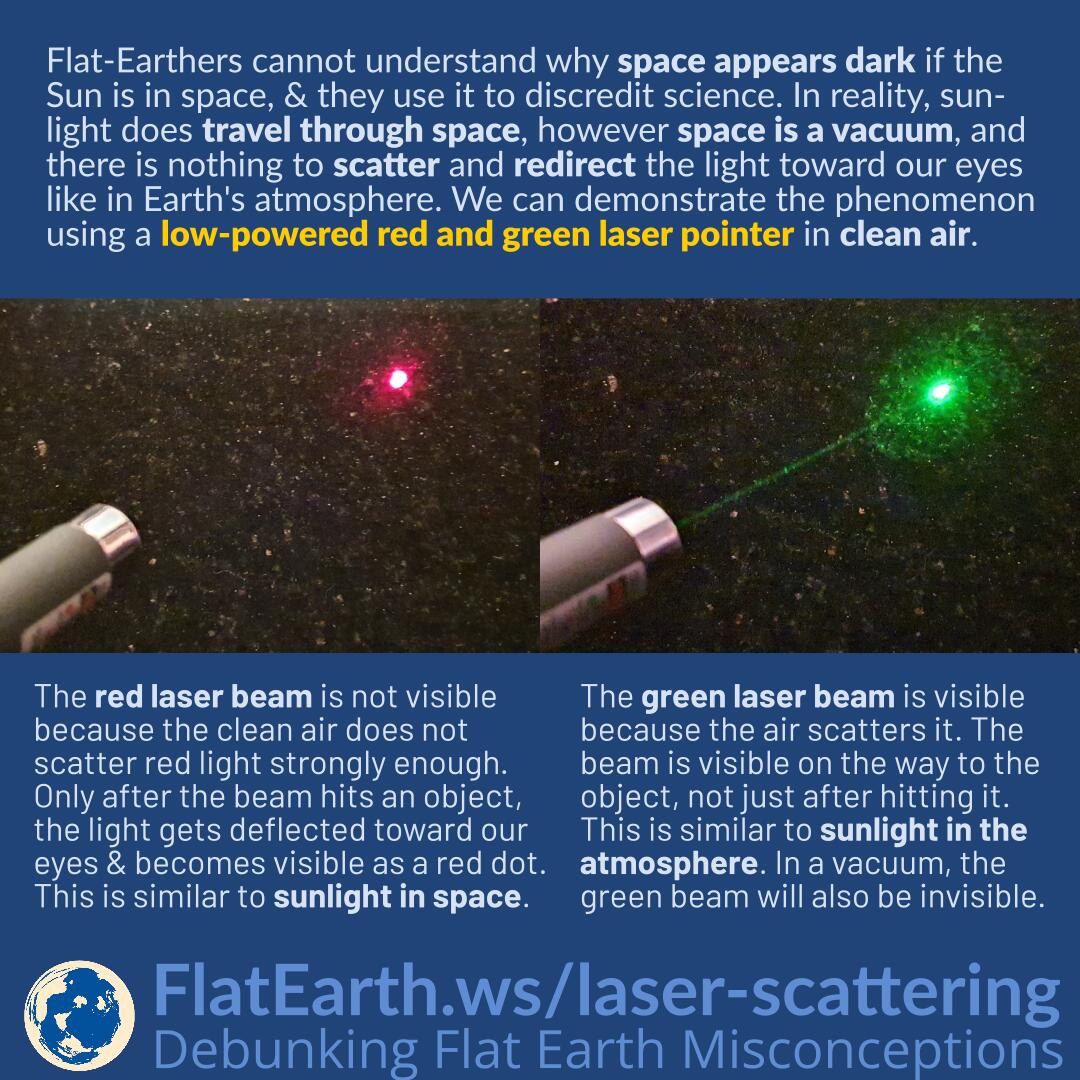 Flat-Earthers cannot understand why space appears dark if the Sun is in space, and they use their ignorance to discredit science.

In reality, sunlight does travel through space. However, space is a vacuum, and there is nothing to scatter and redirect the light toward our eyes like in Earth’s atmosphere. We can demonstrate the phenomenon using a low-powered red and green laser pointer in clean air.

If we shine a red laser pointer toward an object, its beam is not visible because the clean air does not scatter red light strongly enough. Only after the beam hits an object, the light gets deflected toward our eyes and becomes visible as a red dot. This is similar to sunlight in space. We cannot see sunlight radiating away from the sun unless it hits an object, like the moon.

The green laser will act similarly to the red laser in a vacuum; the beam will not be visible. There is nothing in a vacuum to scatter it.