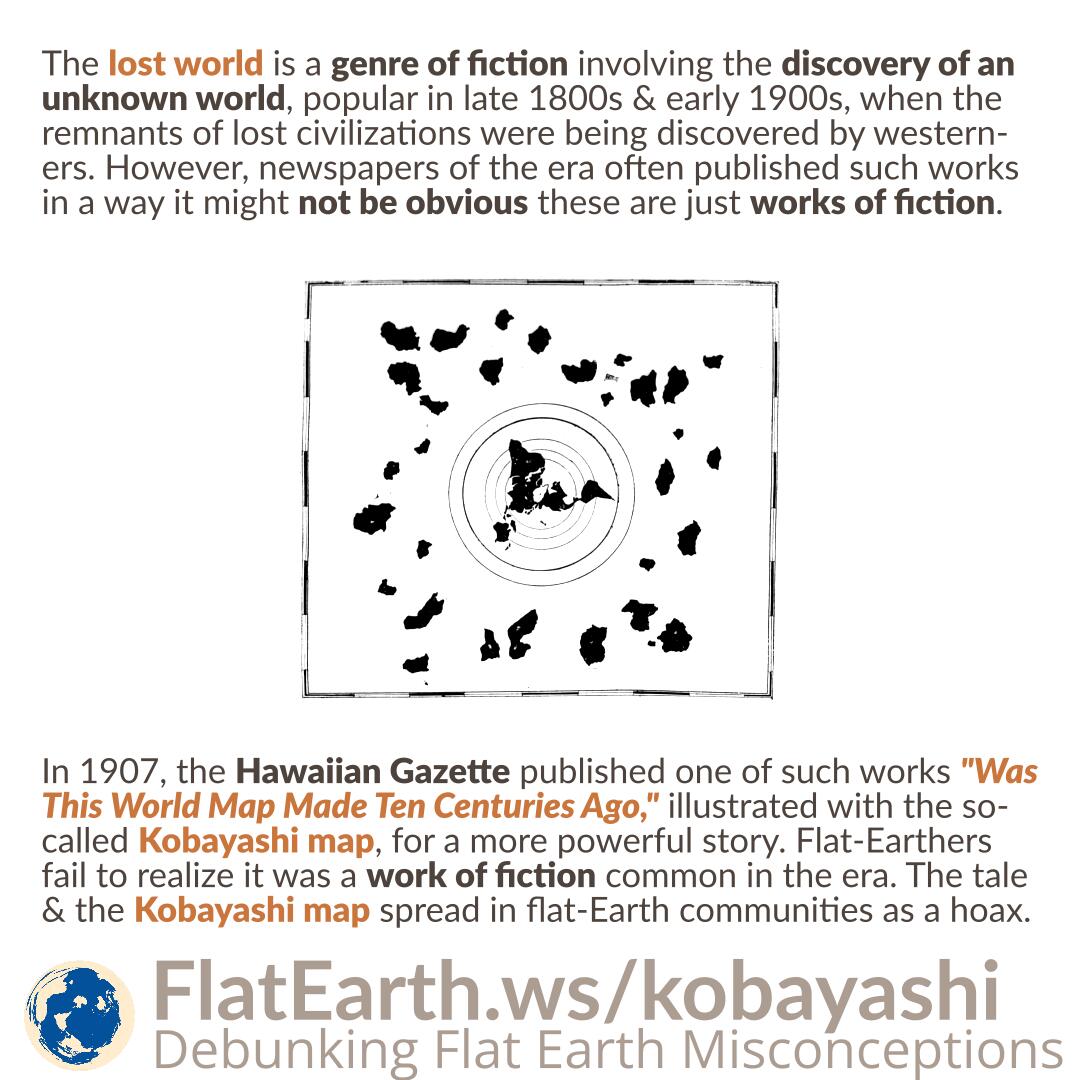 The lost world is a genre of fiction involving the discovery of an unknown world, popular in the late 1800s and early 1900s when the remnants of lost civilizations were being discovered by westerners. However, newspapers of the era often published such works in a way it might not be obvious that these are just works of fiction.

In 1907, the Hawaiian Gazette published one of such works titled “Was This World Map Made Ten Centuries Ago,” illustrated with the so-called Kobayashi map, for a more powerful story. Flat-Earthers fail to realize it was a work of fiction that was common in the era. The tale & the Kobayashi map spread in flat-Earth communities as a hoax.

Publishing a work of fiction written as a journalistic piece —as the Hawaiian Gazette did with the Kobayashi article— was apparently acceptable and somewhat common in the era. Several articles in other publications were written similarly.

In 1909, the Arizona Gazette published an article about a Tibetan-style underground civilization found in the Grand Canyon.

In 1912, The New York American alleged that a deathbed confession had spurred Paul Schliemann, grandson of Heinrich Schliemann —the discoverer of Troy & Mycenae— to uncover the lost Atlantis.

In 1885, the St. Louis, Mo. Evening Chronicle claimed the discovery of a lost city beneath Moberly, Mo.