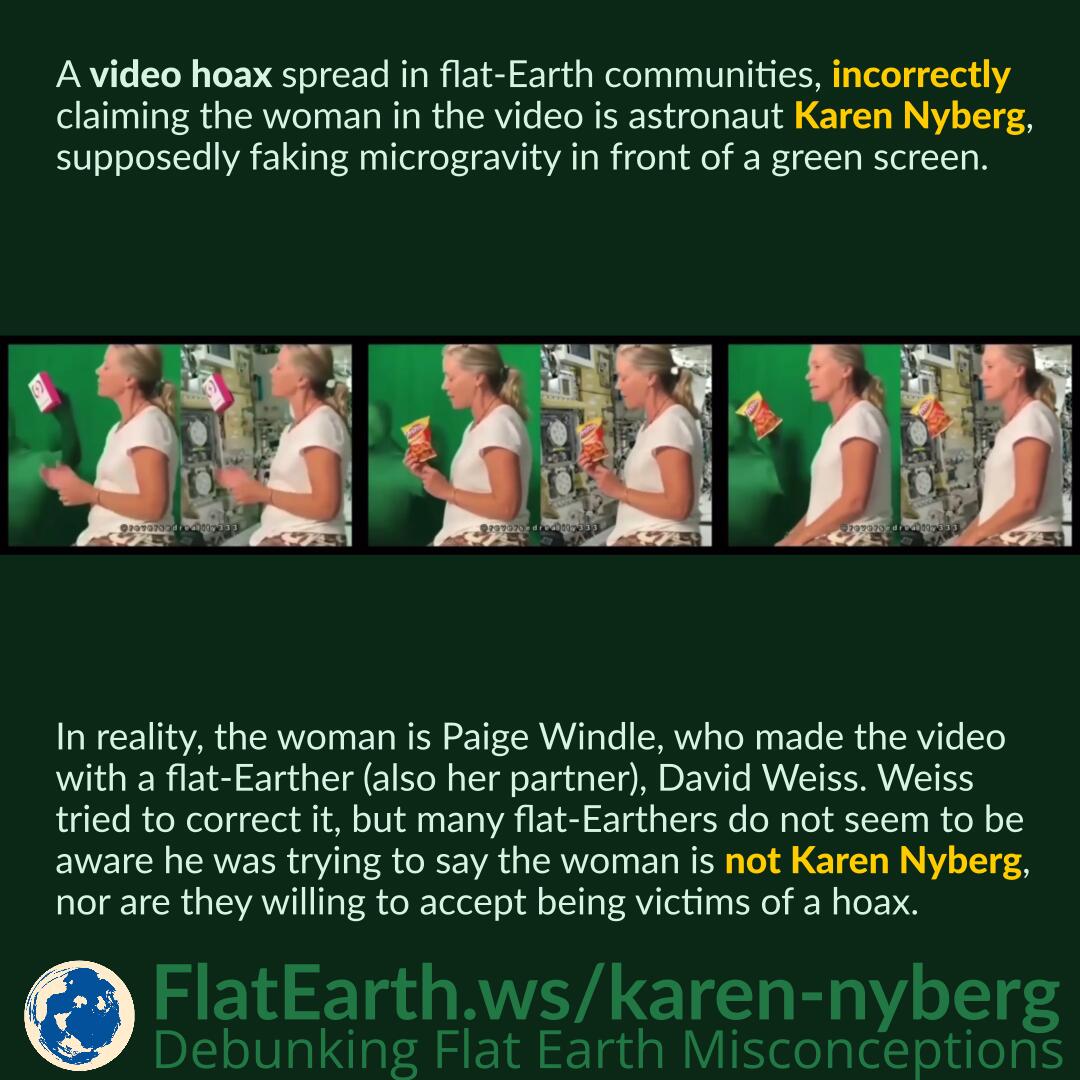 David is a staunch flat-earther. He made the video ostensibly to demonstrate how astronauts “faked” their videos as part of his many attempts to spread flat-Earth misinformation. Real astronauts did not fake their video, however, and David was misinformed, or rather tried to misinform others. But he did not claim the woman in the video was Karen Nyberg.

Other people took the video from David’s account and added the misleading remark that the person was Karen Nyberg. It is difficult to pinpoint who first spread the hoax. But they might be other flat-earthers or like it is often the case, someone trolling flat-earthers for personal enjoyment, exploiting flat-earthers’ extreme gullibility.

A few verified accounts with many followers spread the hoax, unfortunately, giving the hoax much undue attention.