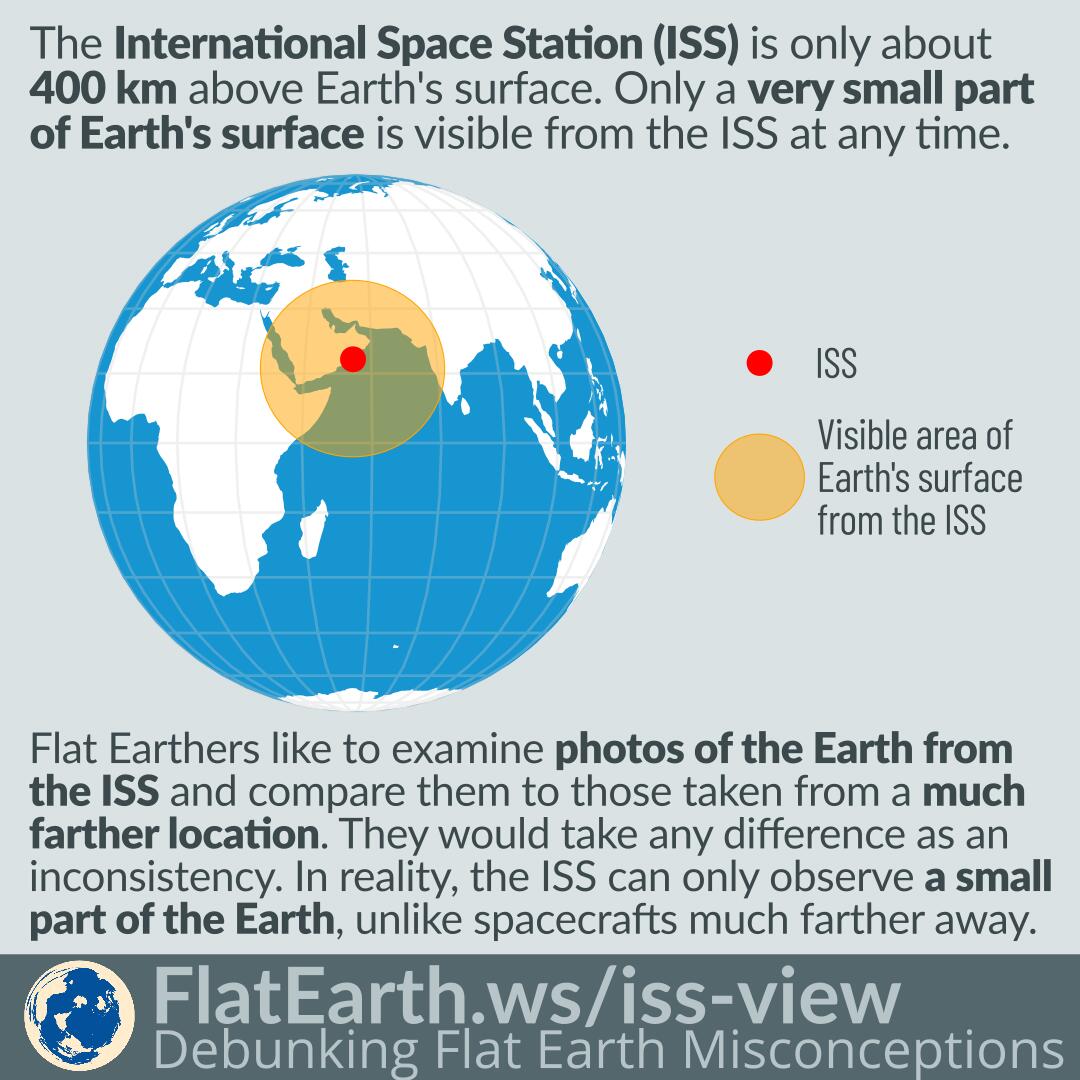 Flat-Earthers like to examine photos of the Earth from the ISS and compare them to those taken from a much farther location. They would take any difference as an inconsistency. In reality, the ISS can only observe a very small part of the Earth, unlike spacecraft much farther away.

Because the ISS is still very close to Earth’s surface, any picture of a feature on Earth’s surface will appear larger relative to the visible size of the Earth in the frame.

From the ISS, the entire Earth appears in a very wide 140° angular distance. There are not many cameras that can capture the whole earth from the ISS, and none of them are rectilinear. It is the reason a fisheye lens is often used to take photos from the ISS.

The Earthrise photograph from the Apollo 8 mission was taken using a camera with a 250mm lens and a 70mm sensor size, with an effective field of view of 17°. On the ISS, the same camera will not nearly be able to fit the entire Island of Great Britain.