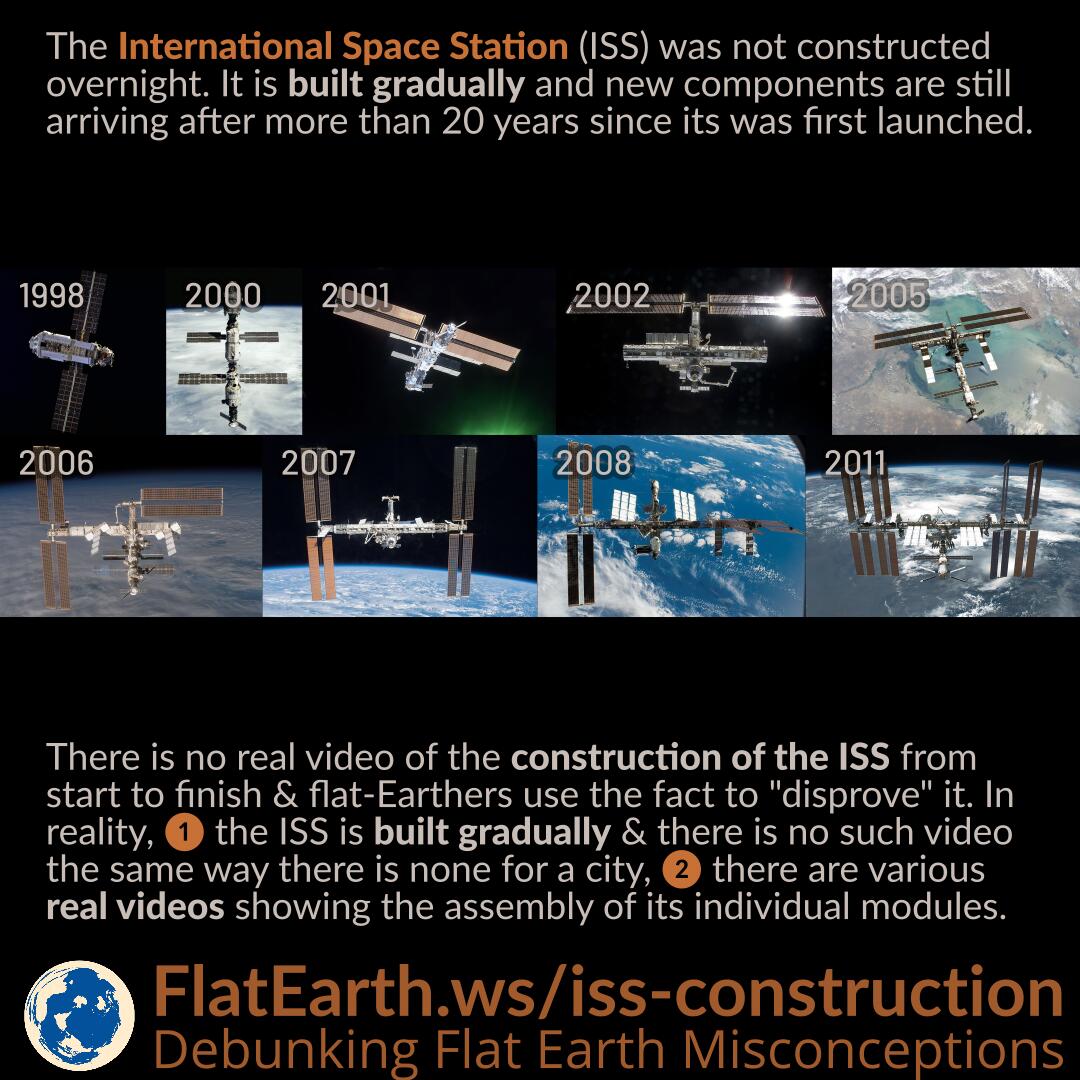 The ISS is one of humankind’s greatest achievements, but there is no video showing its construction from start to finish. Flat-Earthers use the fact to “disprove” the existence of the ISS. In reality, the ISS was constructed gradually in years. There is no such video the same way there is none for New York City, for example. It does not mean New York City does not exist. On the other hand, we can find plenty of videos showing the assembly of its specific modules on the Internet.