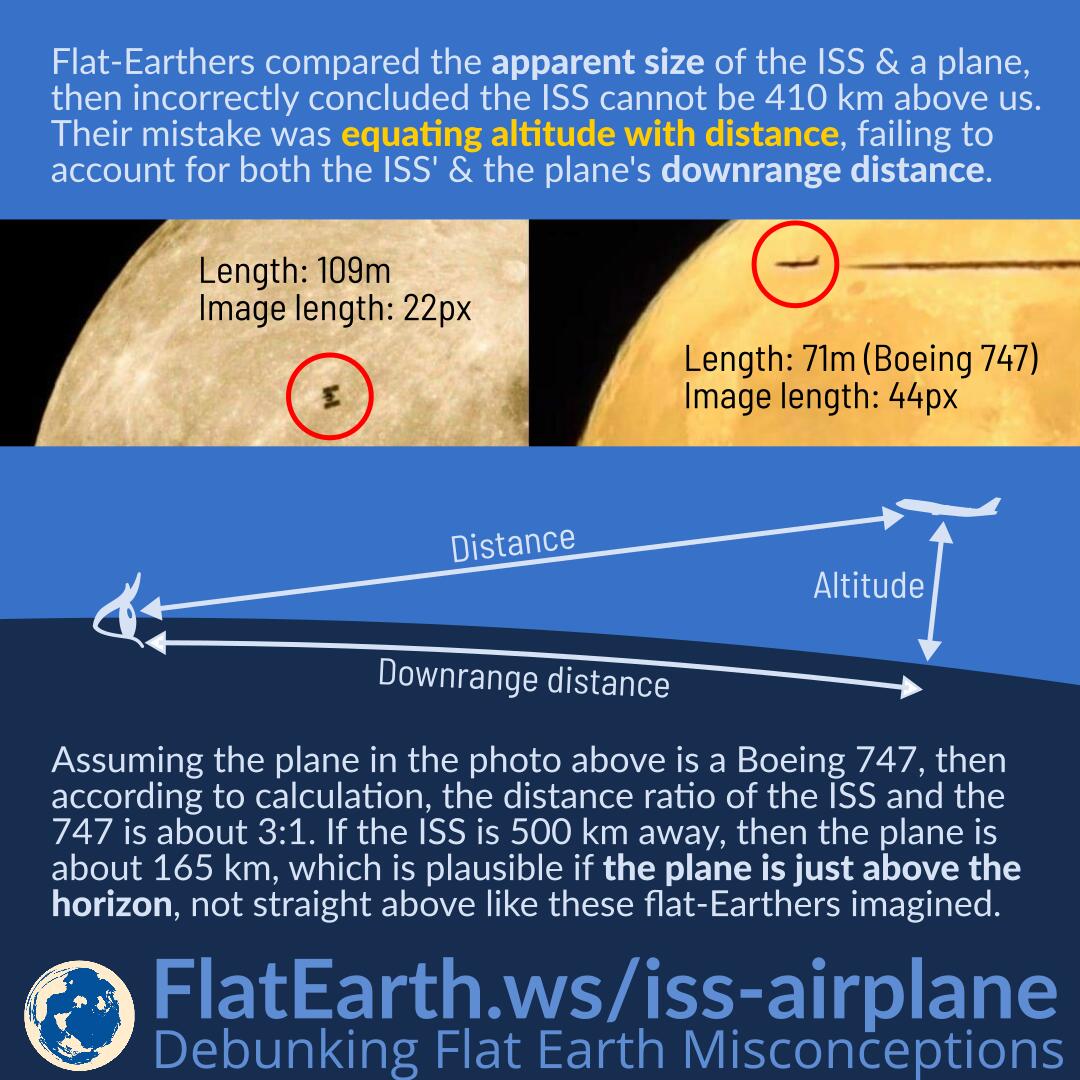 Flat-Earthers compared the apparent size of the ISS and an airplane that appeared in photographs and then incorrectly concluded that the ISS could not be 410 km above us. Their mistake was equating altitude with distance and failing to account for both the ISS’ and the airplane’s downrange distance.

In a meme circulated by flat-Earthers, they showed two pictures of the ISS & an airplane in front of the moon. Because it appears the airplane is only twice as large as the ISS, they incorrectly concluded that the ISS could not be 410 km above us.

From the picture & the known dimension of both objects, we can calculate their distance ratio.

Therefore, if the ISS is 500 km away, then the airplane’s distance is about 167 km, which is possible if the airplane is close to the horizon, not straight above like what these flat-Earthers imagined. Using any curvature calculator, we can also determine that an airplane at a 12 km altitude is still visible above the horizon at that distance.