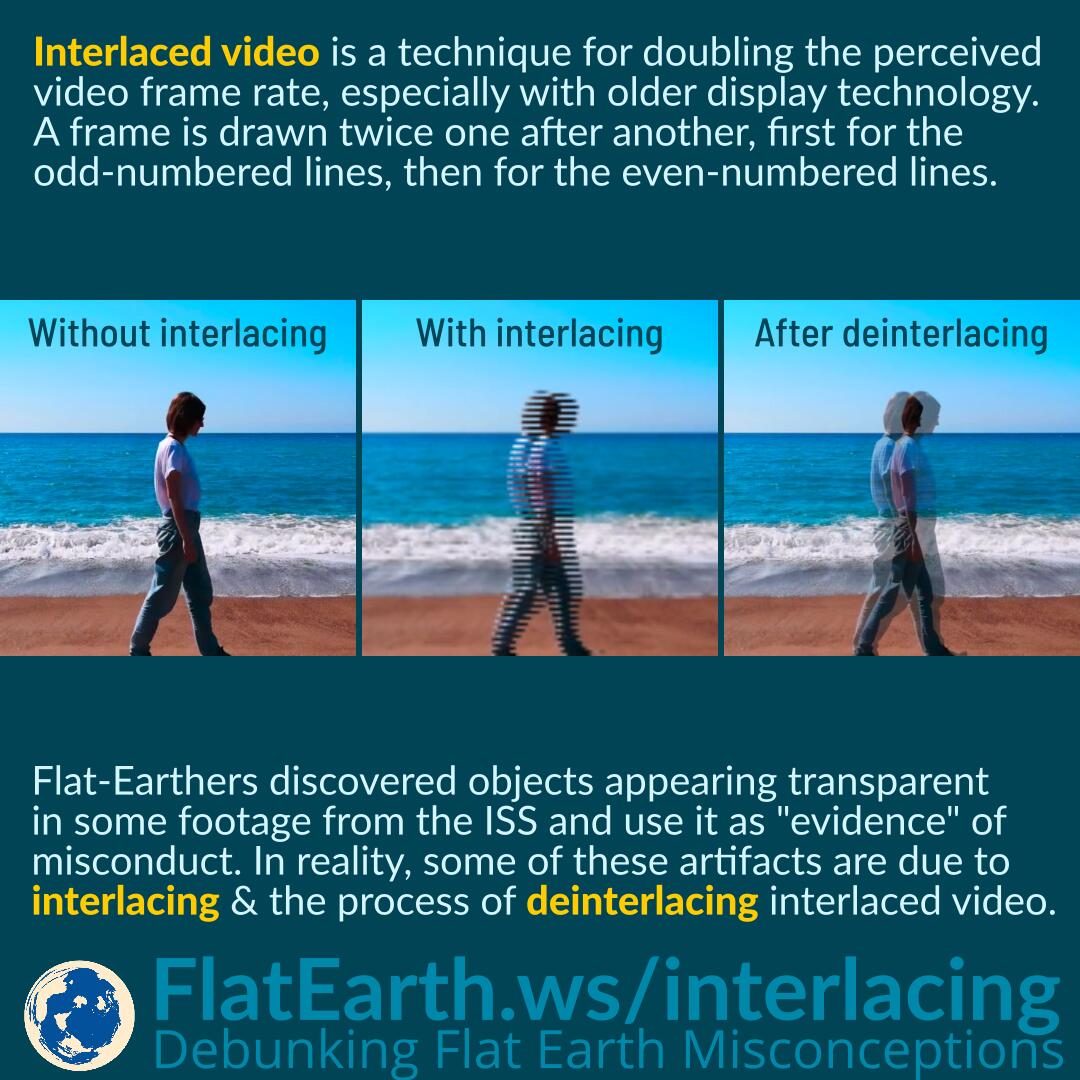 Interlaced video is a technique for doubling the perceived frame rate of a video display without consuming extra bandwidth, especially with older display technology. With an interlaced video, a video frame is rendered twice, one after another, first for the odd-numbered lines and then for the even-numbered lines.

Flat-Earthers discovered objects appearing transparent in some footage from the ISS and use the fact as “evidence” the footage was faked. In reality, some of these artifacts are due to interlacing and the process of deinterlacing interlaced videos.

On the other hand, modern digital video displays mostly use progressive scanning, which renders the entire frame all at once. Displaying an interlaced video on a progressive-scan display requires a process called deinterlacing. Deinterlacing is imperfect and causes various artifacts, particularly in areas with objects in motion. Flat-Earthers discovered some of these artifacts and used them as an excuse to dismiss the footage as a fake.