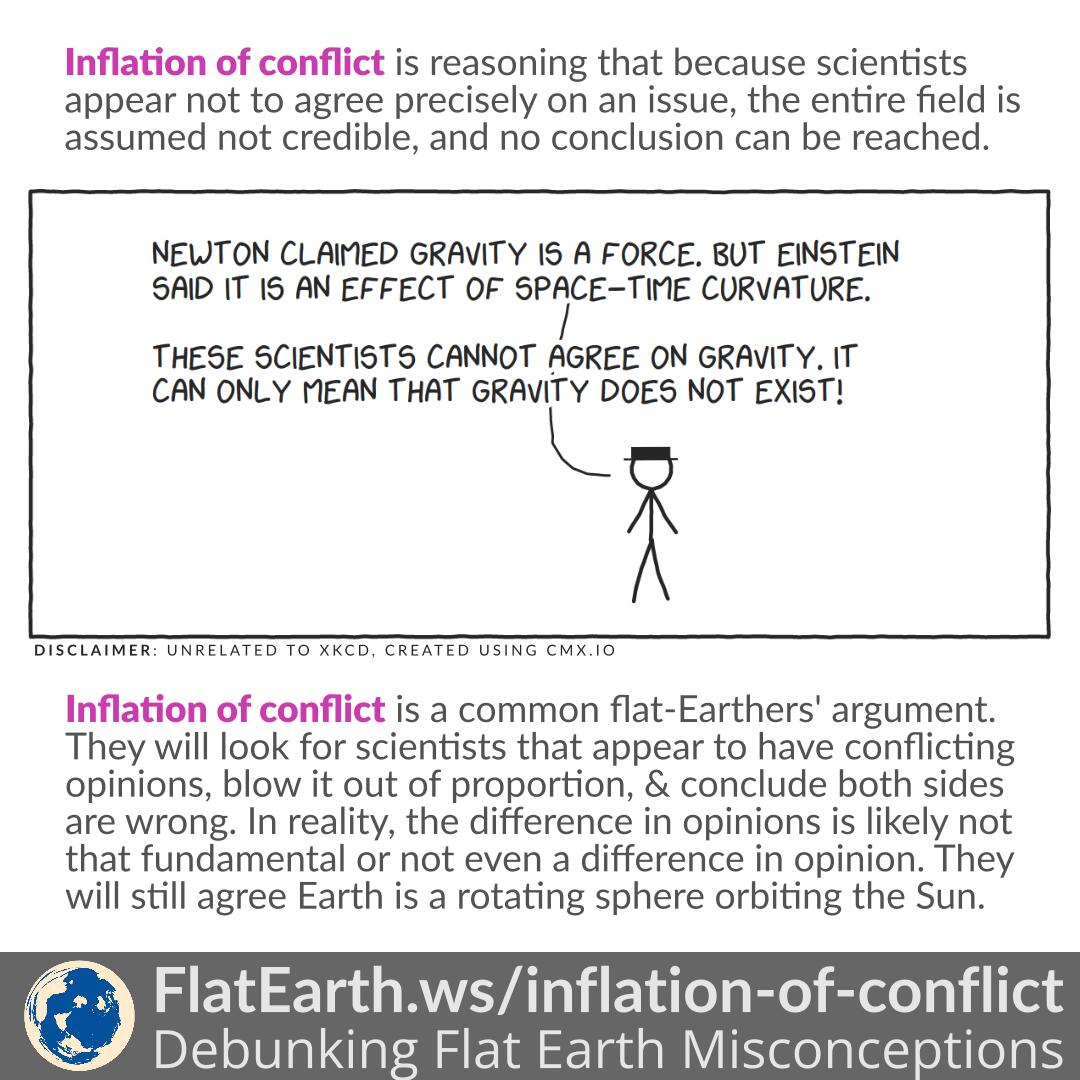 Inflation of conflict is reasoning that because scientists appear not to agree precisely on an issue, the entire field is assumed not credible, and no conclusion can be reached.

Inflation of conflict is a common flat-Earthers’ argument. They will look for scientists that appear to have conflicting opinions, blow the fact out of proportion, and conclude that both sides are wrong. In reality, the difference in opinions is likely not that fundamental or not even a difference in opinion. They will still agree that Earth is a rotating sphere in motion around the Sun.

All things considered, the fact that some scientists disagree with others only shows us that science is not done behind closed doors, agreed upon by people conspiring and lying to the rest of the world, like what flat-Earthers have been claiming.