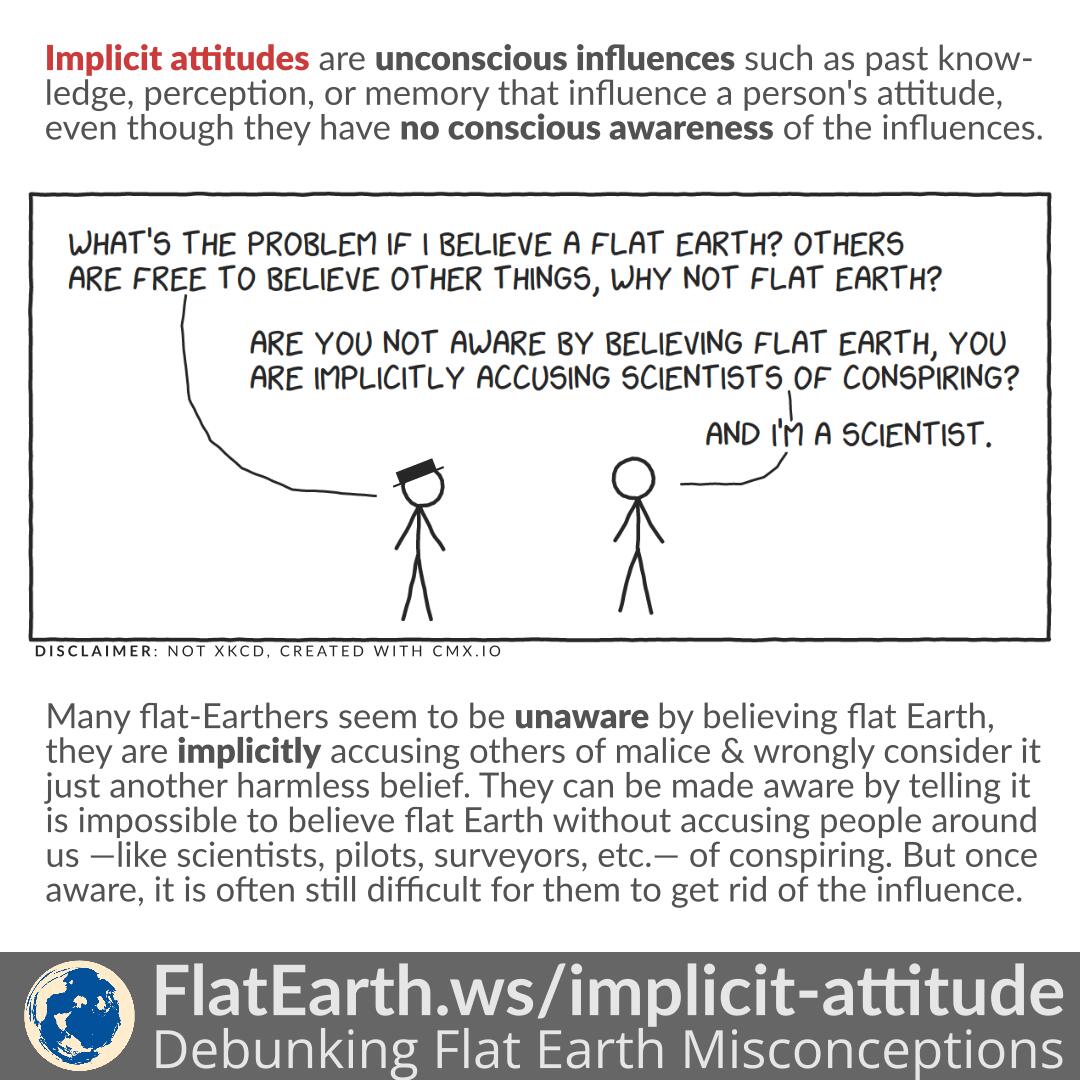 Implicit attitudes are unconscious influences such as past knowledge, perception, or memory that influence a person’s attitude, even though they have no conscious awareness of the influences.

Many flat-Earthers —especially new ones— seem to be unaware that by believing flat Earth, they are implicitly accusing others of malice & wrongly consider it just another harmless belief. They can be made aware by telling them it is impossible to believe flat Earth without accusing many common people around us —like scientists, pilots, surveyors, etc.— of conspiring. But once aware, it is often still difficult for them to get rid of the influence.