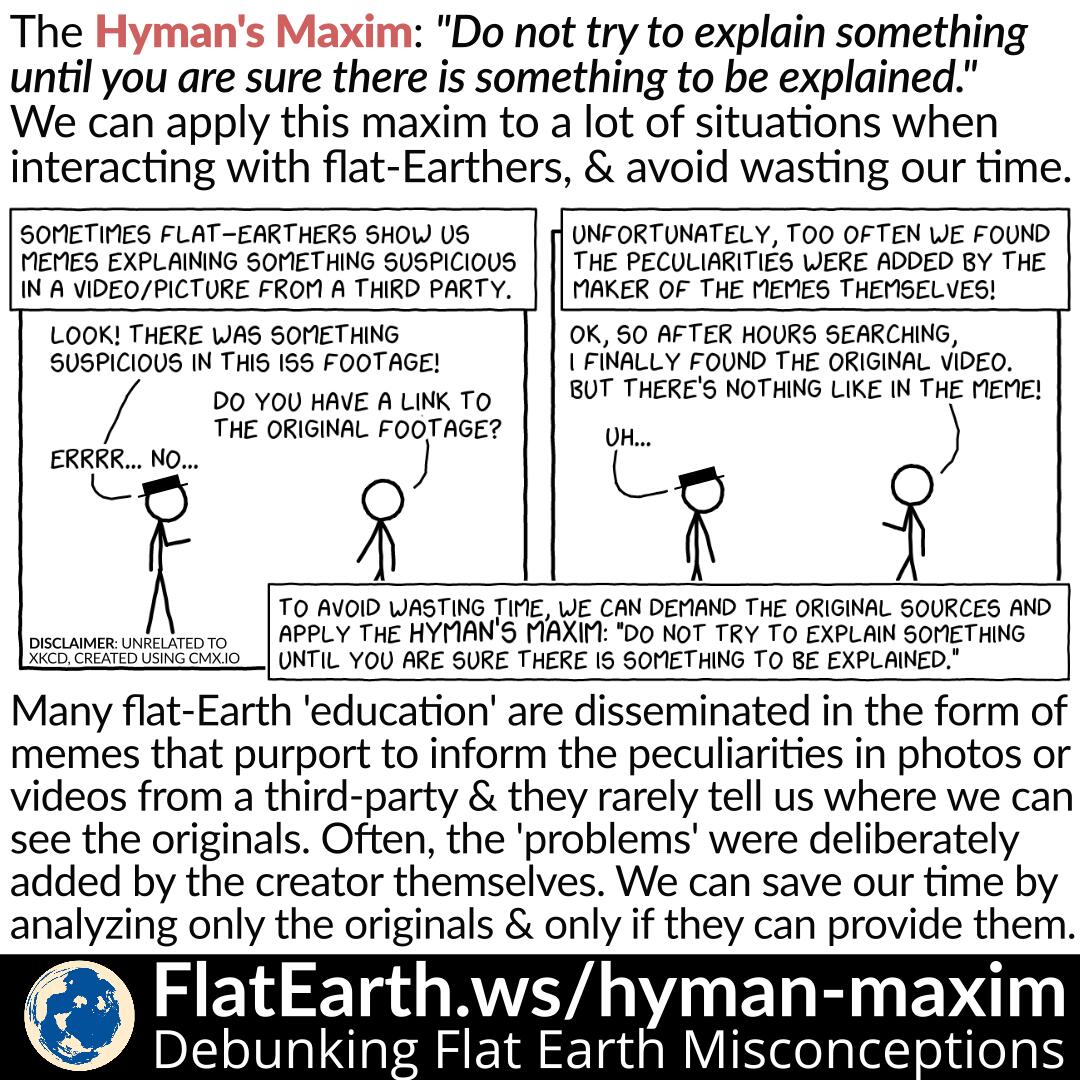 “Do not try to explain something until you are sure there is something to be explained.”

We can apply this maxim to a lot of situations involving flat-Earthers, and avoid wasting our time.

Some ‘teachings’ of flat-Earth are disseminated in the form of memes that purport to tell us the oddities and peculiarities in pictures or videos from a third-party, usually NASA or any other space agency. Then, they would say to us that the images or videos were faked and the events in the pictures or videos never happened. That is how they incite their viewers and one of the many ways they do to gain followers.

But they almost never tell us where they got the original pictures or videos. Often, the peculiarities were deliberately added by the creator of the meme themselves and did not exist in the original media. Even if someone is skeptical, usually it would take a disproportionally amount of resources to hunt down the original picture and video.

To save our time, we should take their claims seriously only when they can provide the sources, and refuse to do any detailed analyses when they can’t. They are the ones who circulate the memes, and the burden to disclose the sources are on them.

Someone added the picture of the Earth to an image from the Apollo 11 mission, which was done very poorly. Some moon landing conspiracy theorists claim this is a blatant manipulation by NASA. However, it was found that the original picture does not have such modifications.

More: Explained: Why does this Apollo11 photo act so weirdly? – Metabunk

Someone took a photo of the MQ-9 Reaper drone and added a Google logo to it. Some flat-Earthers take it as evidence that drones, not satellites took Google Maps imagery. 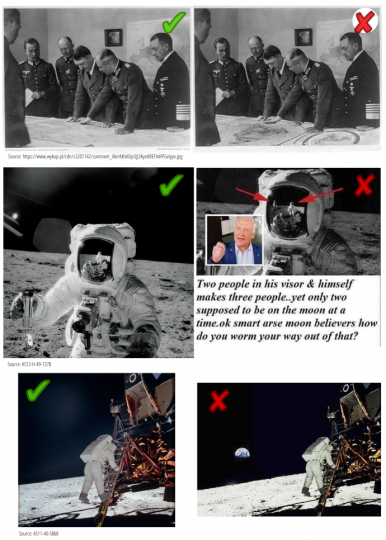