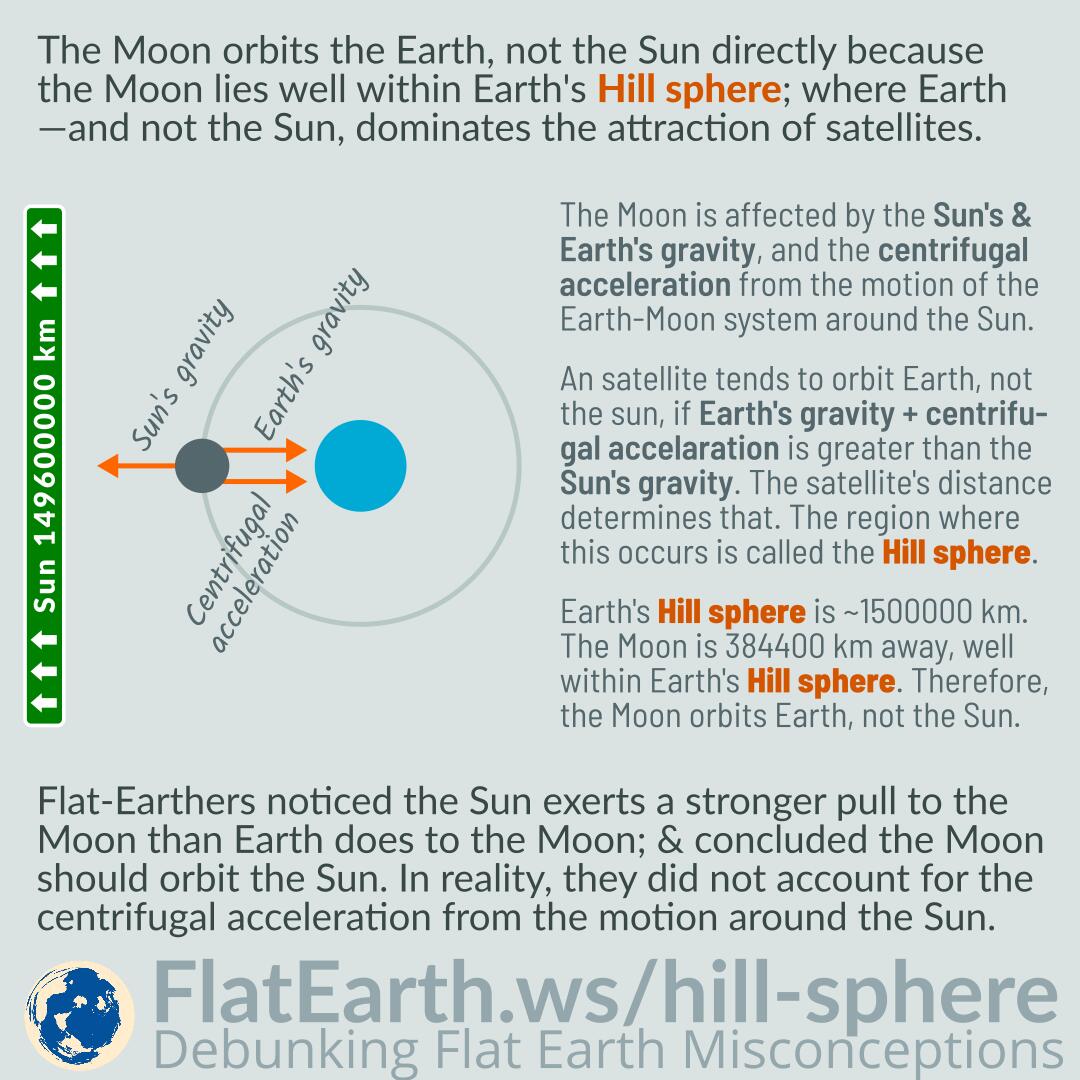 The Moon orbits the Earth —not the Sun— because the Moon lies well within Earth’s Hill sphere. Hill sphere is the region around Earth where Earth —instead of the Sun— dominates the attraction of satellites.

Flat-Earthers noticed the Sun exerts a stronger pull to the Moon than Earth does to the Moon. They incorrectly concluded that according to science, the Moon should orbit the Sun, then proceeded to use it to discredit science. In reality, they did not account for the centrifugal acceleration resulting from the motion around the Sun, which is one of the factors that determines Earth’s Hill sphere.

The Moon is affected by the Sun’s and Earth’s gravity and the centrifugal acceleration from the motion of the Earth-Moon system around the Sun.

The case of an object at the edge of Earth’s Hill sphere: