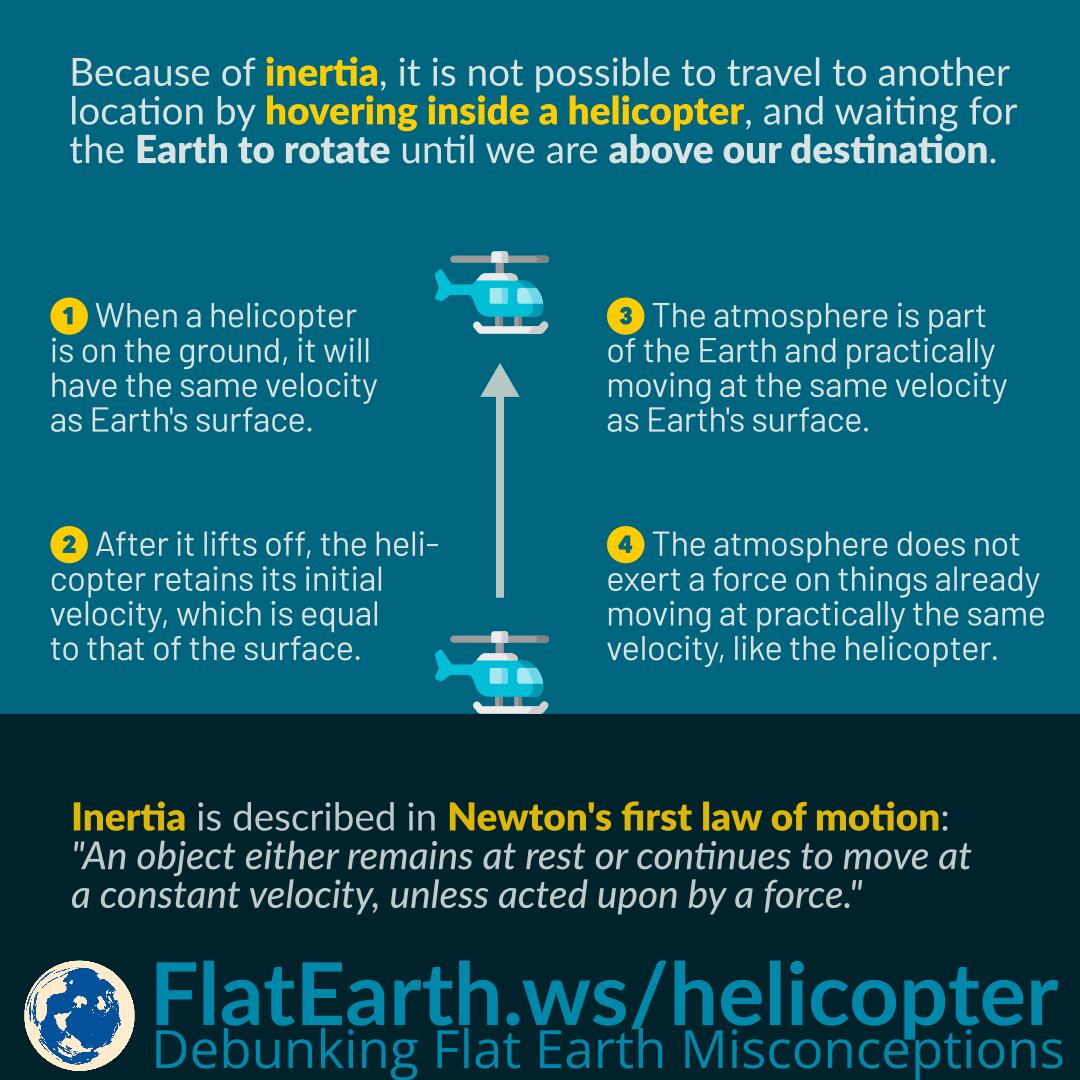 Because of inertia, we cannot travel to another location by hovering inside a helicopter and waiting for the Earth to rotate below us until we are above our destination.

Flat-Earthers claim that we cannot do such a thing as ‘proof’ of a motionless Earth. In reality, when still on the ground, the helicopter is already moving at the same velocity as Earth’s surface.

Inertia is explained in Newton’s first law of motion:

“An object either remains at rest or continues to move at a constant velocity, unless acted upon by a force.”

When the helicopter is on the ground, it is already moving at the same velocity as Earth’s surface. After it lifts off, the helicopter retains its initial velocity, equal to that of the surface.

We feel the motion of the atmosphere as a wind. If the atmosphere were stationary relative to the movement of the Earth, we should have felt a 1600 km/h wind on the equator. But we don’t because our atmosphere is in motion at the same velocity as the Earth.