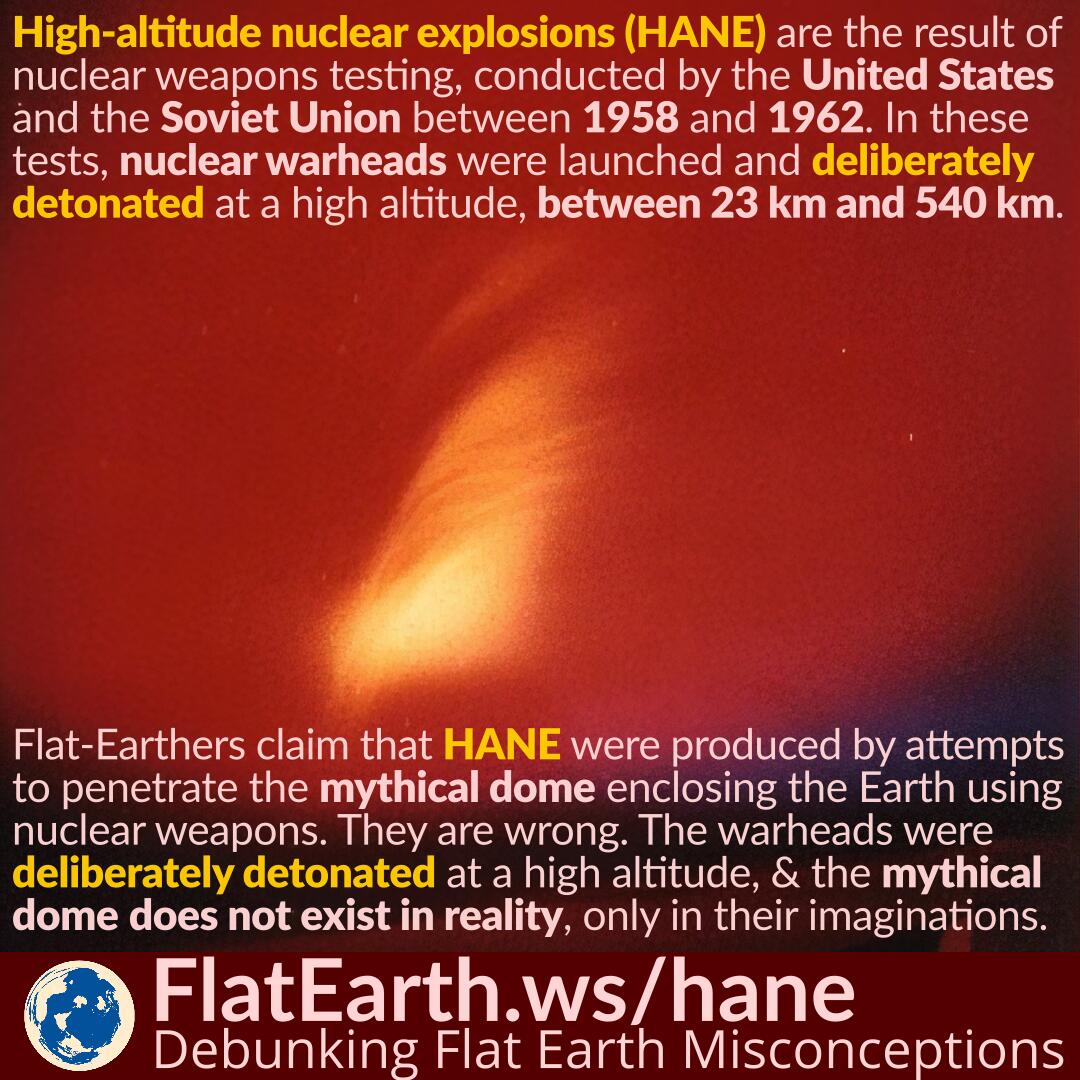 High-altitude nuclear explosions (HANE) are the results of atomic weapons testing, conducted by the United States and the Soviet Union between 1958 and 1963. In these tests, nuclear warheads were launched and deliberately detonated at a high altitude, between 23 km and 540 km.

Flat-Earthers claim that HANEs were produced by attempts to penetrate the mythical dome enclosing the supposed flat Earth using nuclear weapons. They are wrong. The warheads were deliberately detonated at a high altitude, and the mythical dome does not exist in reality, only in their imaginations.

Some of these high-altitude nuclear explosions were the results of these operations: Operation Argus, Operation Dominic, Operation Fishbowl, Bluegill Triple Prime, Starfish Prime, Kingfish. All were nuclear weapon testings, not attempts on ‘penetrating the dome’ as often mentioned in various hoaxes perpetrated by unscrupulous flat-Earthers.