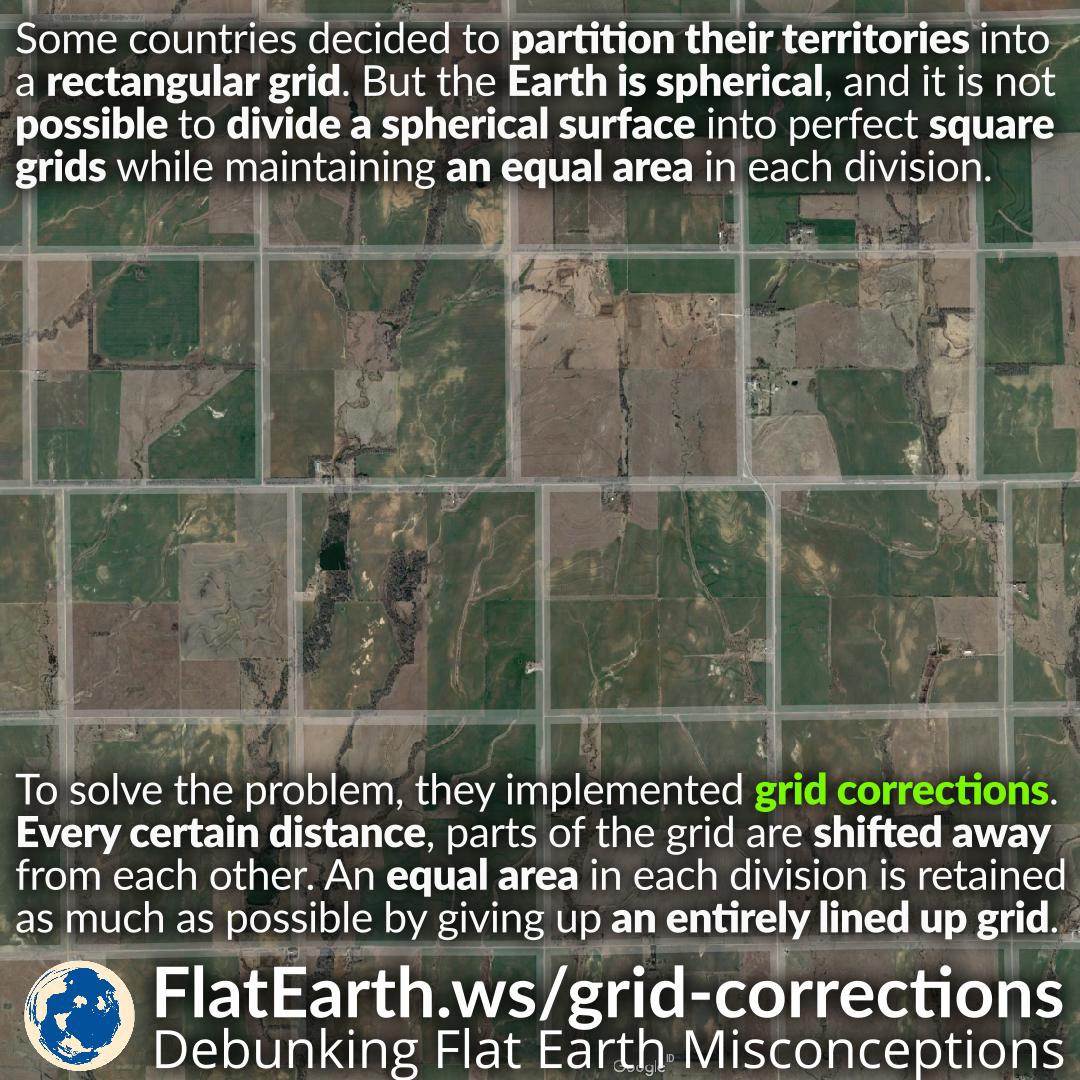 Some countries decided to partition their territories into a rectangular or square grid. But the Earth is spherical, and it is not possible to divide a spherical surface into a perfect rectangular grid while maintaining the perfect angles, distances, and areas.

To solve this problem, land surveyors implemented grid corrections. Every certain distance, parts of the grid are shifted away from each other. Therefore, an equal area in each division is maintained as much as possible by giving up an entirely lined up grid.

If the Earth is flat, it is not necessary to have this compromise. It would be possible to divide the land into a perfect square grid system.

In 1785, Thomas Jefferson suggested a grid system based on the rectangle as a response to what he believed to be a confusing survey system already in use. It divided lands into square units, bounded by lines running east and west, and meridians running north and south.

Because the Earth is a sphere, the meridians converge towards the north pole. And the same distance running east-west starting from the same latitude does not necessarily end up in the same longitude.

In the United States, they shifted the grid every 24 miles to account for the distortion. Because of these grid corrections, roads running north-south are not entirely lined up. At many points, the road comes to an abrupt halt, requiring a quick zigzag to continue on the same road.

If the Earth is flat, then it would be possible to divide up the land into a perfect square grid without any distortions, and we wouldn’t have these quick zigzags today.