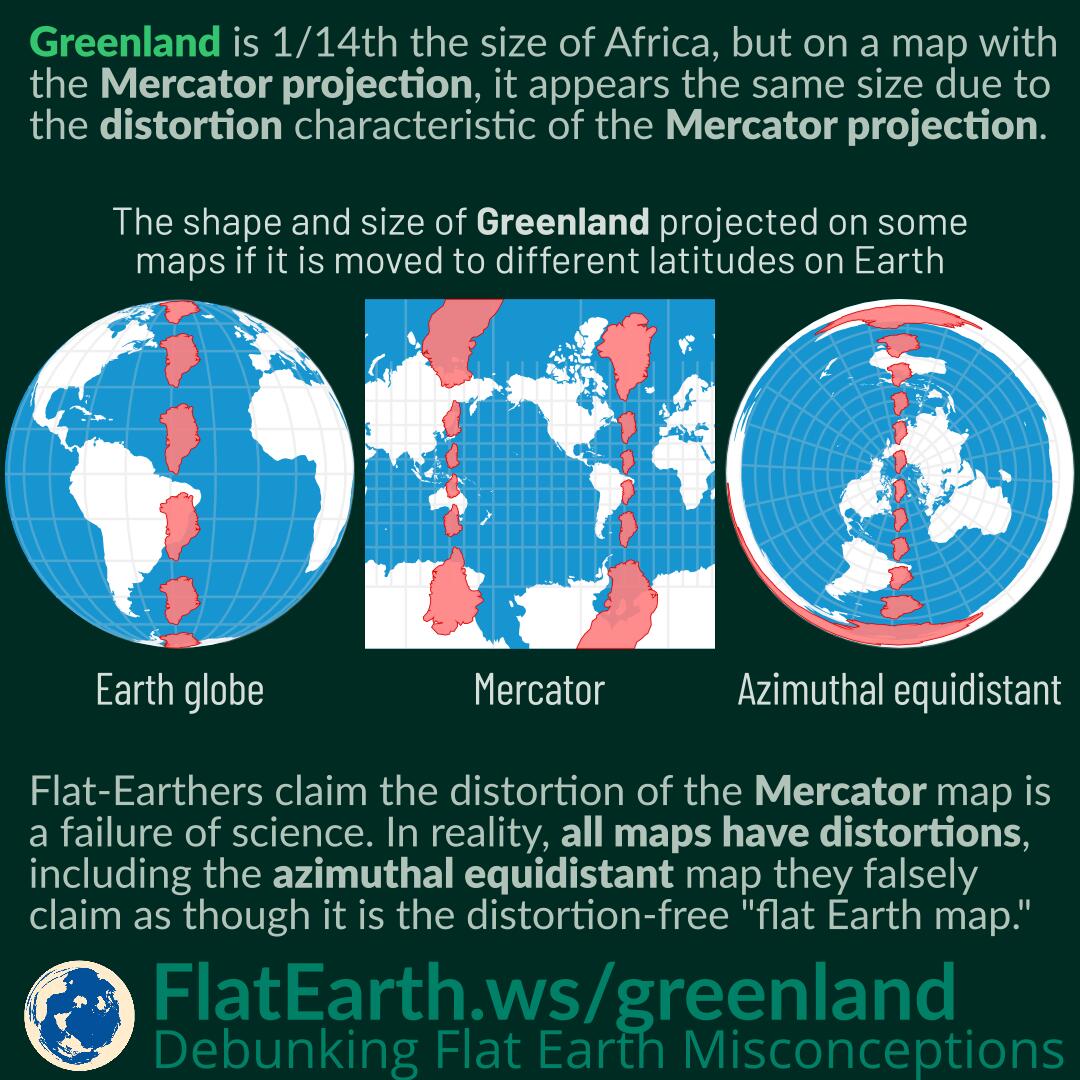 The Mercator projection preserves shape and direction, and a small landmass will appear similar to that on a globe. However, the characteristic is gained by sacrificing accurate sizes. A landmass closer to one of the poles will appear larger than that closer to the equator.

The azimuthal equidistant map claimed by flat-Earthers as the so-called “flat-Earth map” also has distortions. This map preserves direction and distances from the center point by distorting shapes, sizes, as well as directions and distances not involving its center point. This map distorts more in locations closer to the map edges.

On the so-called “flat-Earth map,” if Greenland is on the South Pole, it will also appear to encircle the Earth, just as Antarctica does.