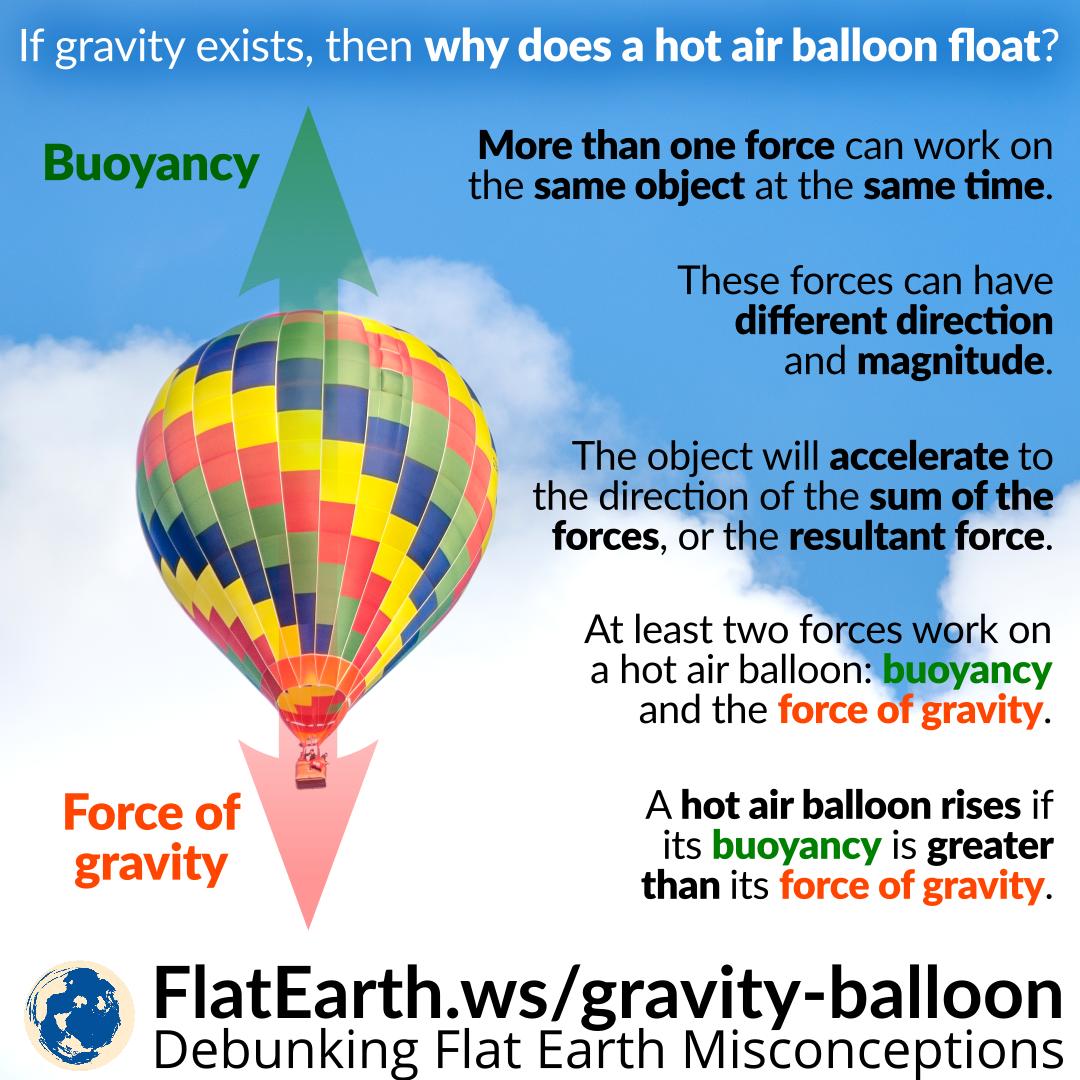 A hot air balloon rises because it has buoyancy. Buoyancy is the upward force that is exerted on the trapped hot air because its density is lower than the surrounding air. If buoyancy is greater than the force of gravity — or the weight of the balloon—, then the balloon will rise.

The basic physics escape most flat-Earthers. To them, the fact that a hot-air balloon rises is an ‘evidence’ that gravity does not exist. They believe things go up or down because of density. They are wrong.

More than one force can work with an object at the same time. These forces can have different direction and magnitude. We can sum all the forces to find its resultant force, and the object will accelerate to the same the direction of this resultant force.

In the case of a hot-air balloon, there are at least two forces at work: