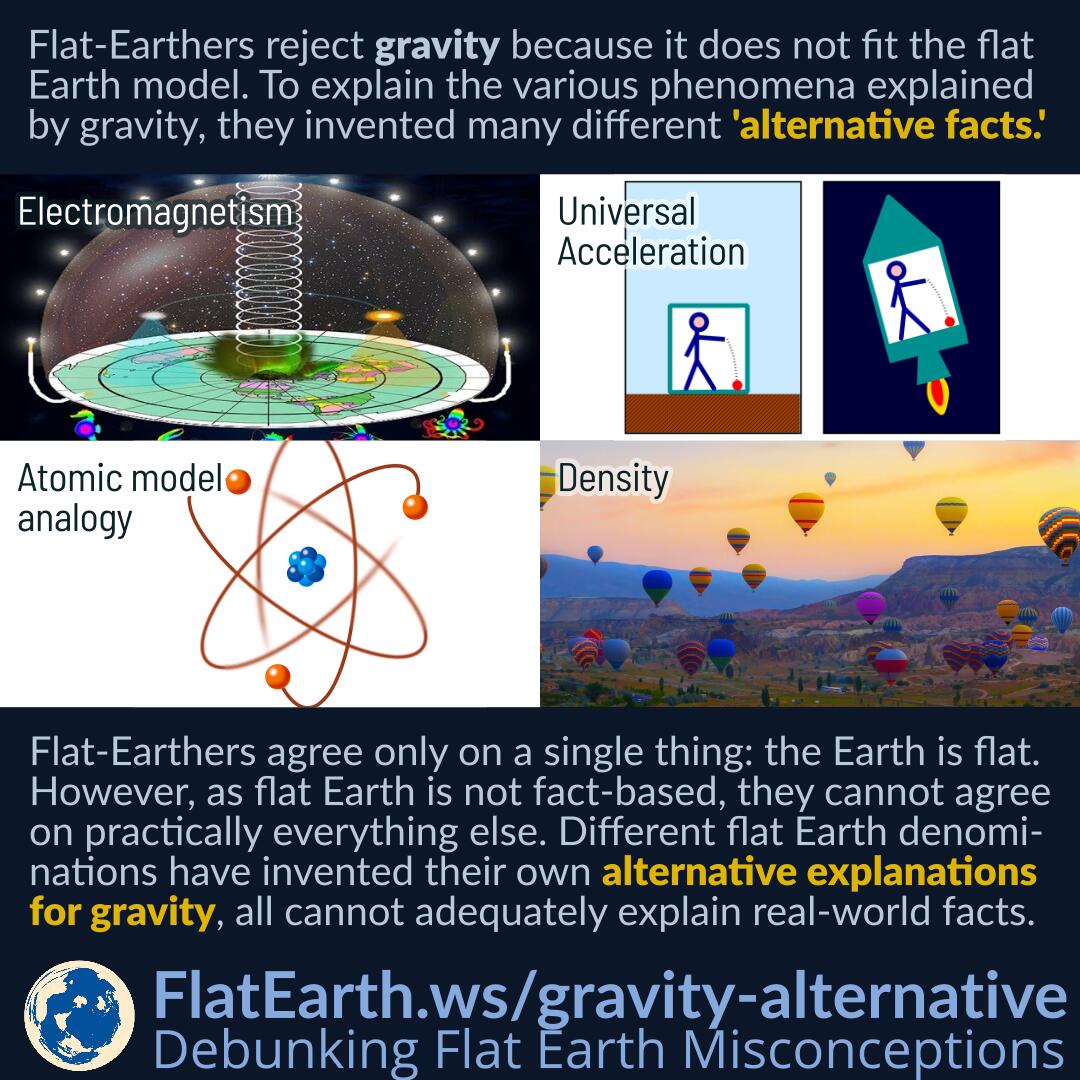 Flat-Earthers reject gravity because it does not support the flat Earth model. To explain the various phenomena explained by gravity, they invented many different ‘alternative facts’ in place of gravity.

Flat-Earthers agree only on a single thing that the Earth is flat. However, as flat Earth is not fact-based, flat-Earthers cannot agree on practically everything else. Different flat-Earth denominations have their alternative explanations for gravity, all of which lacks predictive power and cannot adequately explain real-world facts.

Some of the “alternative facts” for gravity we can find in various flat-Earth denominations:

Because flat-Earth is not fact-based, but rather about what they think is plausible, we can find many more fringe explanations invented by “creative” individuals in various flat-Earth communities.