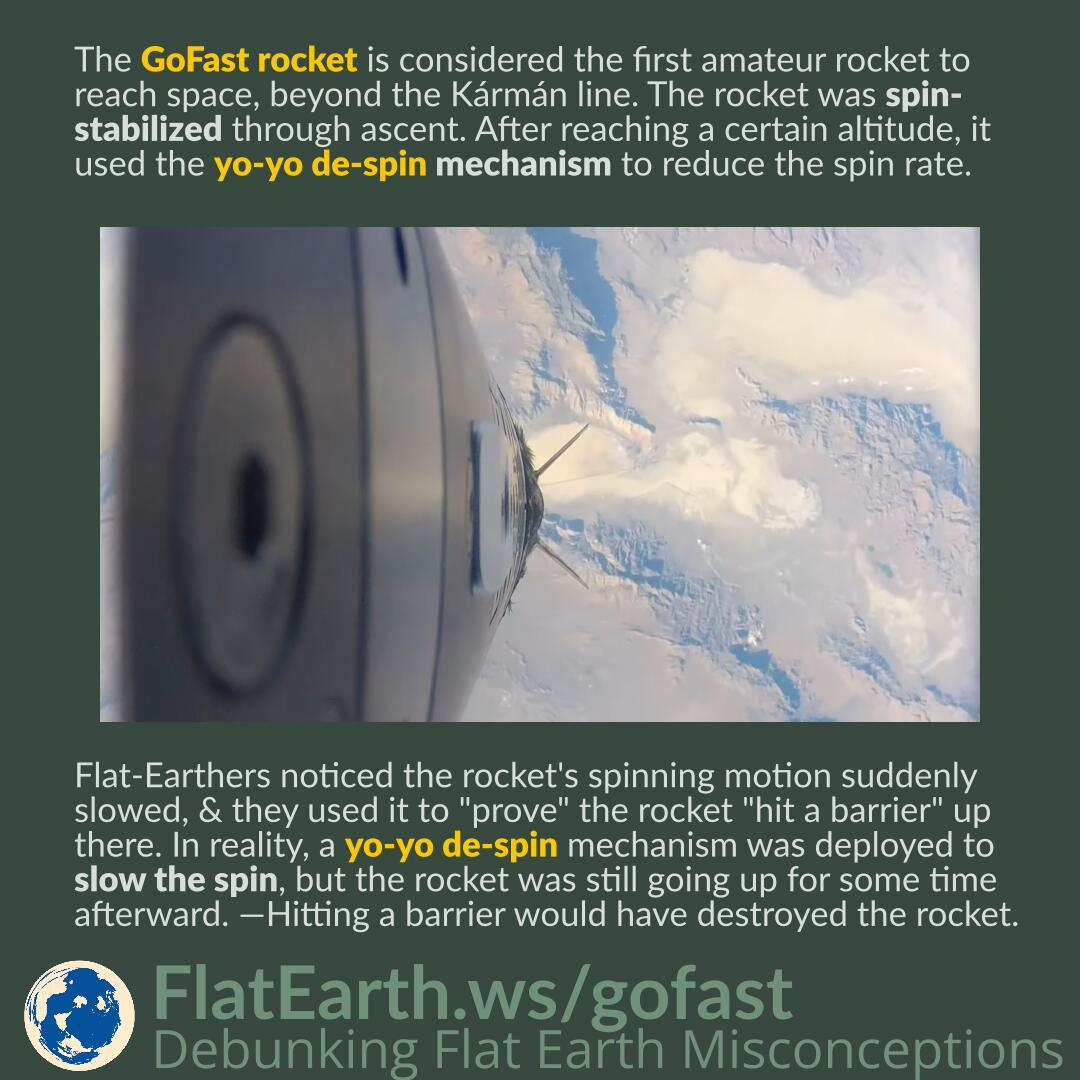 The GoFast rocket is considered to be the first amateur rocket to reach space, beyond the Kármán line. The rocket was spin-stabilized through ascent. After reaching a certain altitude, it used the yo-yo de-spin mechanism to reduce the spin rate.

Flat-Earthers noticed the rocket’s spinning motion suddenly slowed, and they used it to “prove” the rocket “hit a barrier” up there. In reality, a yo-yo de-spin mechanism was deployed to slow the spin, but the rocket was still going up for some time afterward. — Hitting a barrier would have destroyed the rocket.

A yo-yo de-spin mechanism consists of two lengths of cable with weights on the ends. The cables are wrapped around the rocket in the manner of a double yo-yo. When the weights are released, the rocket’s spin flings them away from the spin axis. It transfers enough angular momentum to the weights to reduce the spacecraft’s spin. Subsequently, the weights are often released.

Many amateur rockets are spin-stabilized because they usually do not possess thrust vectoring or other active attitude control, unlike a more sophisticated spacecraft. It works the same way a spinning top can be stable when spinning. Once it reaches space, the yo-yo de-spin mechanism can then be deployed to stop the spin.