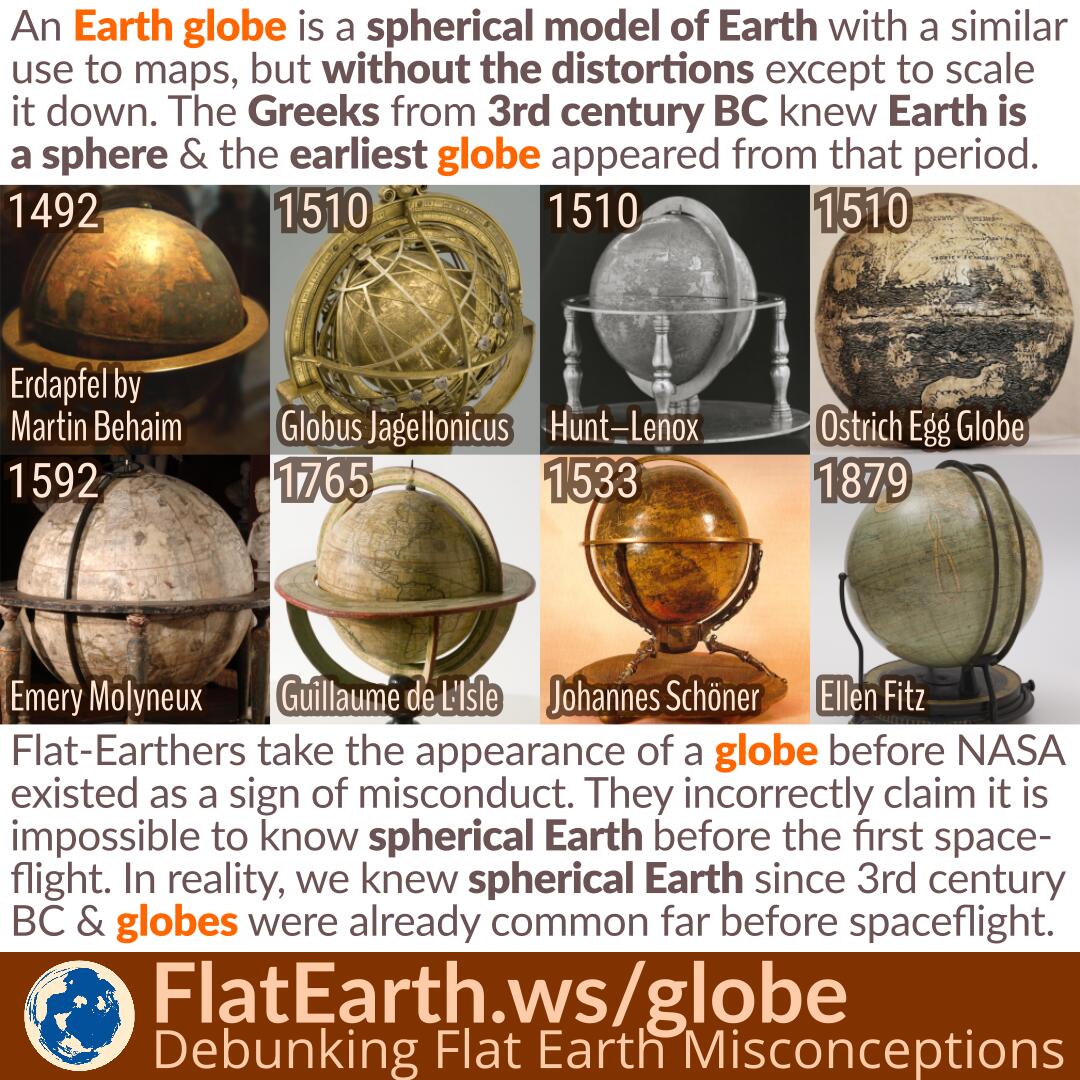 An Earth globe is a spherical model of Earth with similar purposes to maps, but unlike maps, do not distort the surface that they portray except to scale it down. The Greeks from the 3rd century BC knew Earth is a sphere, and the earliest globe appeared from that period.

Flat-Earthers take the appearance of a globe before NASA existed as a sign of misconduct, like Universal Studios logo from the 20s. They incorrectly claim that it should not be possible to know Earth is a sphere before the first spaceflight. In reality, we knew spherical Earth since 3rd century BC and globes were already commonplace far before the first spaceflight. In fact, the success of spaceflight depends on our understanding of the spherical shape of the Earth.

The first globe that we know is the Globe of Crates as described by Strabo from the 2nd century BC. The oldest surviving terrestrial globe is the Erdapfel by Martin Behaim, made in 1492. The globe is now on display in the Germanisches Nationalmuseum, Nuremberg, Germany.