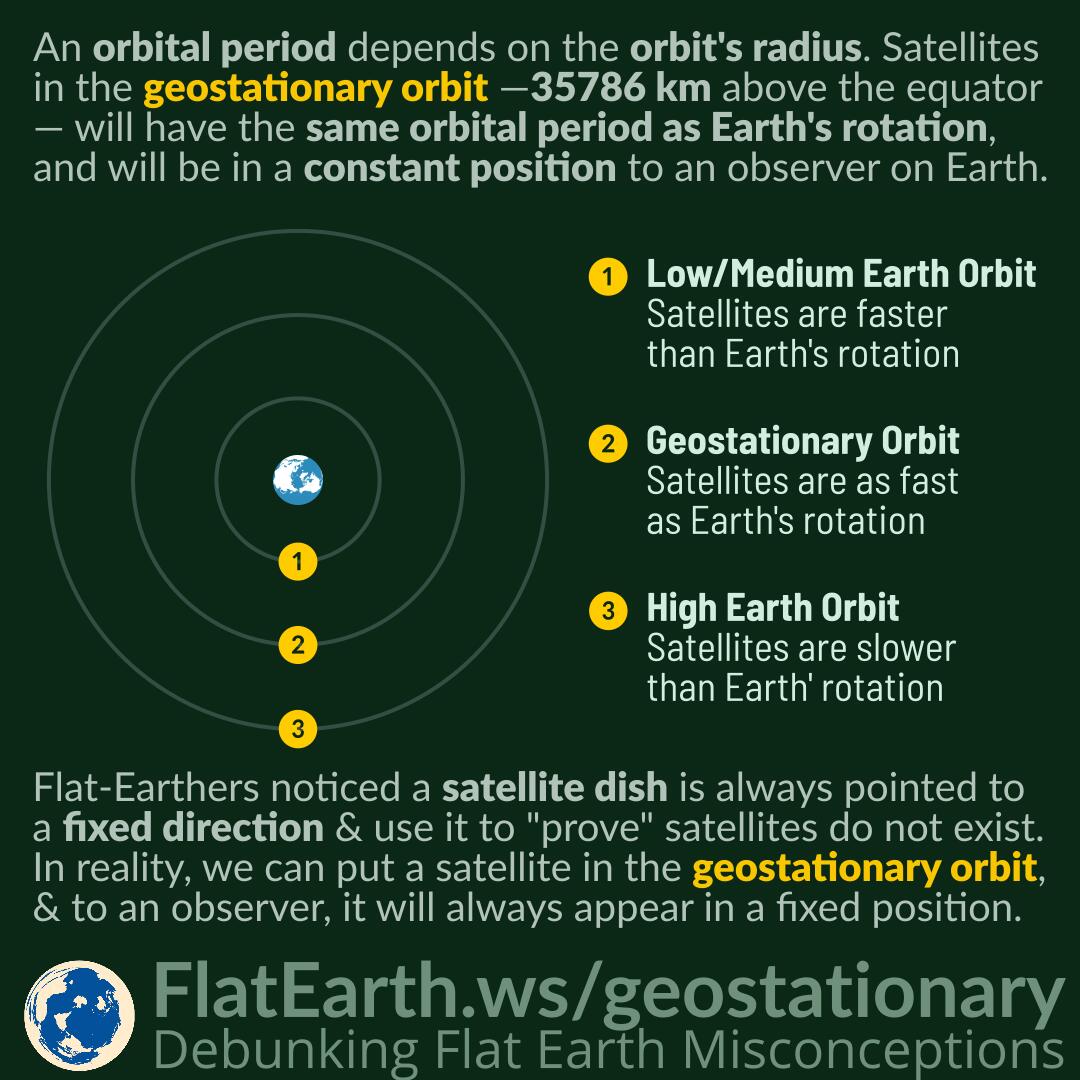 The lower the altitude of the orbit of a satellite, the higher its orbital speed. And conversely, the higher the orbit, the lower the orbital speed. From this relation, we can determine the orbital radius where the angular speed matches that of the Earth’s rotation. Such an orbit has an altitude of 35786 km above the equator. This orbit is called geostationary orbit. Any satellite placed in this orbit will have a fixed position relative to an observer on Earth.

Because a geostationary satellite appears motionless relative to Earth’s surface, a satellite receiver can be pointed to a fixed direction and does not need to track the satellite continuously.