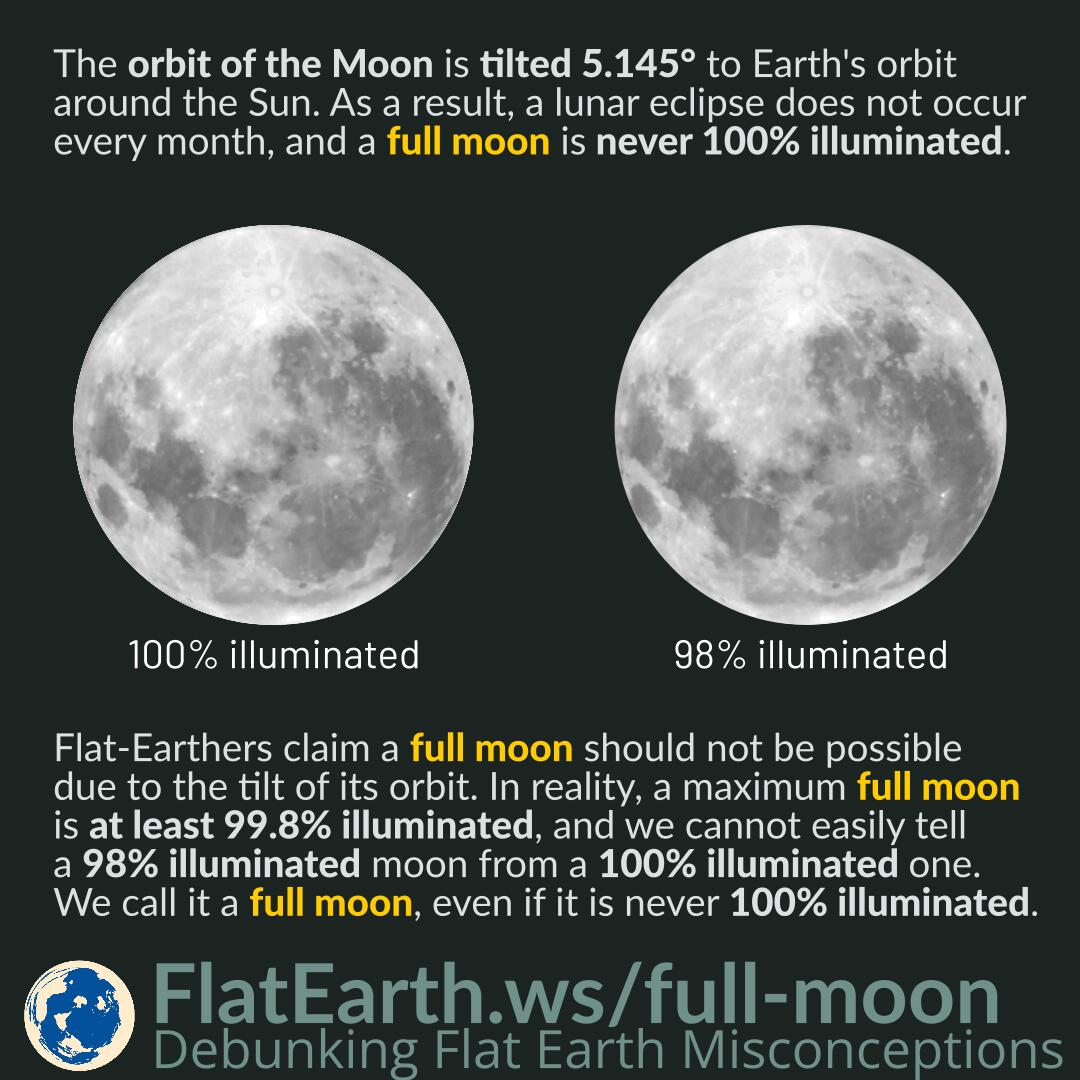 The orbit of the Moon is tilted 5.145° to Earth’s orbit around the Sun. As a result, a lunar eclipse does not occur every month, and a full moon is never 100% illuminated.

We ran a simulation spanning 40 centuries from year 1 to the year 4000 to calculate the illuminated fraction of a full moon on every occurrence. The result is that a full moon is at least 99.8% illuminated.