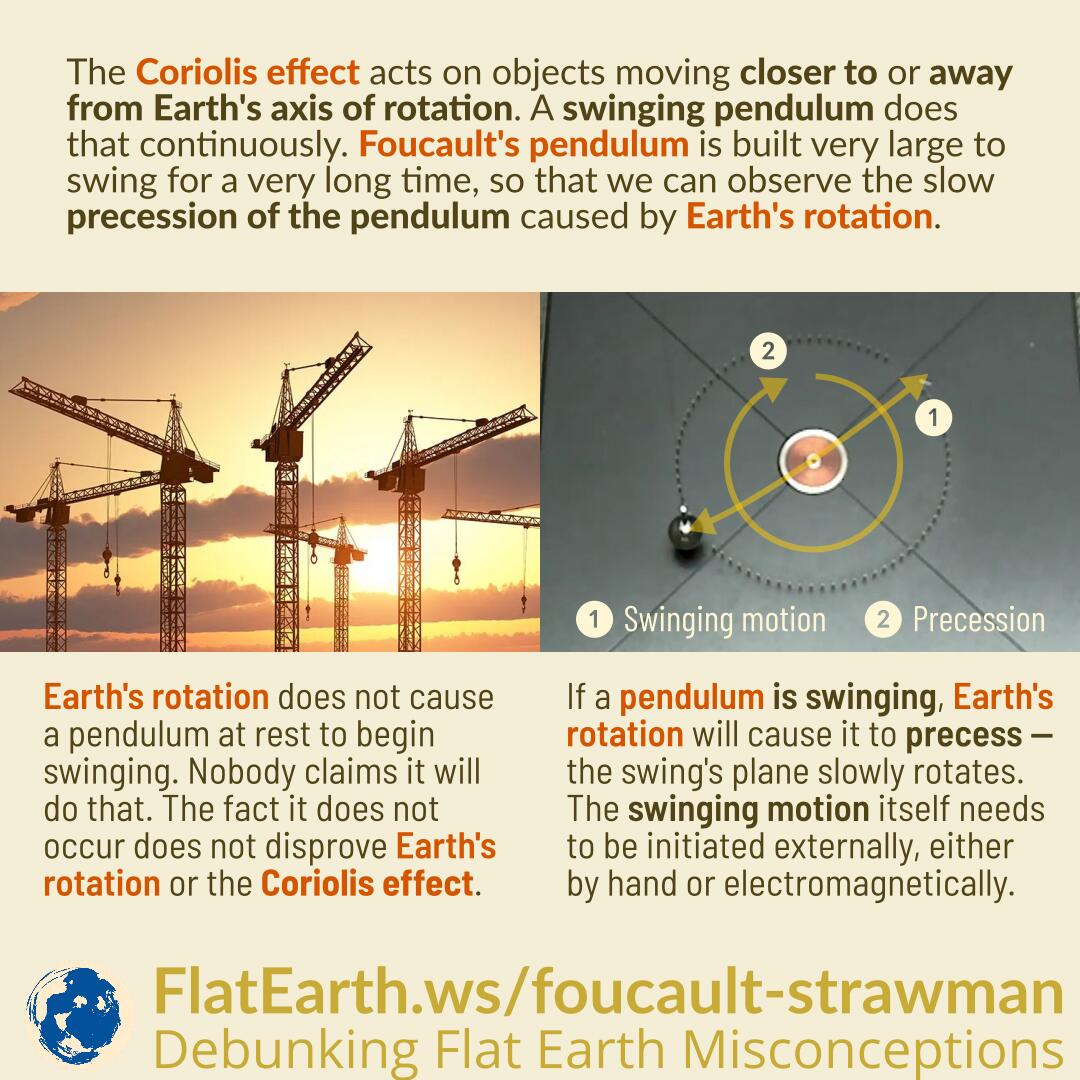 If a pendulum is swinging, Earth’s rotation will cause it to precess — the swing’s plane slowly rotates. However, the swinging motion itself needs to be initiated externally, either by hand or electromagnetically.

Foucault’s pendulum is just a regular pendulum that is very large and massive. It can resist small forces like wind and store a lot of energy to swing for a very long time, long enough for us to notice the precession caused by Earth’s rotation.

Some of Foucault’s pendulums are also equipped with an electromagnetic mechanism at the bottom to keep the pendulum swinging. The mechanism will magnetically pull the pendulum as it swings down, giving it the energy to counteract the lost energy from air resistance. In effect, the pendulum can run practically forever. The mechanism only adds to the swinging motion, not the precession motion, and therefore cannot be considered “cheating.” The precession motion still comes from Earth’s rotation, just like regular, hand-initiated Foucault’s pendulums.