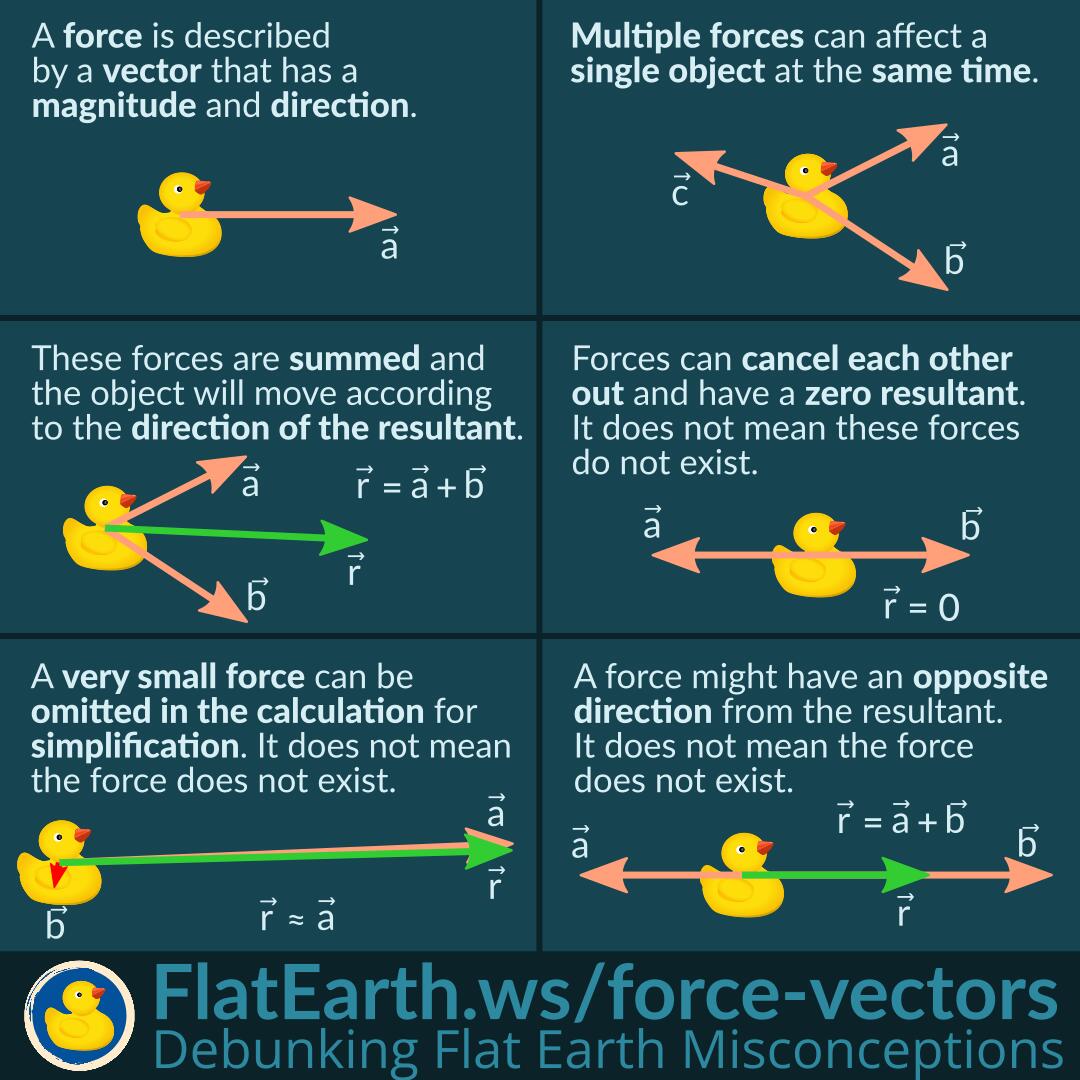 Many misinformation within flat-Earth communities is present only because of their lack of understanding on how forces work on an object.

This basic knowledge on how forces and vectors work can be used to answer these kinds of misconceptions:

Other similar misinformation can be found within the flat-Earth community and can be quickly answered using this basic knowledge of physics.