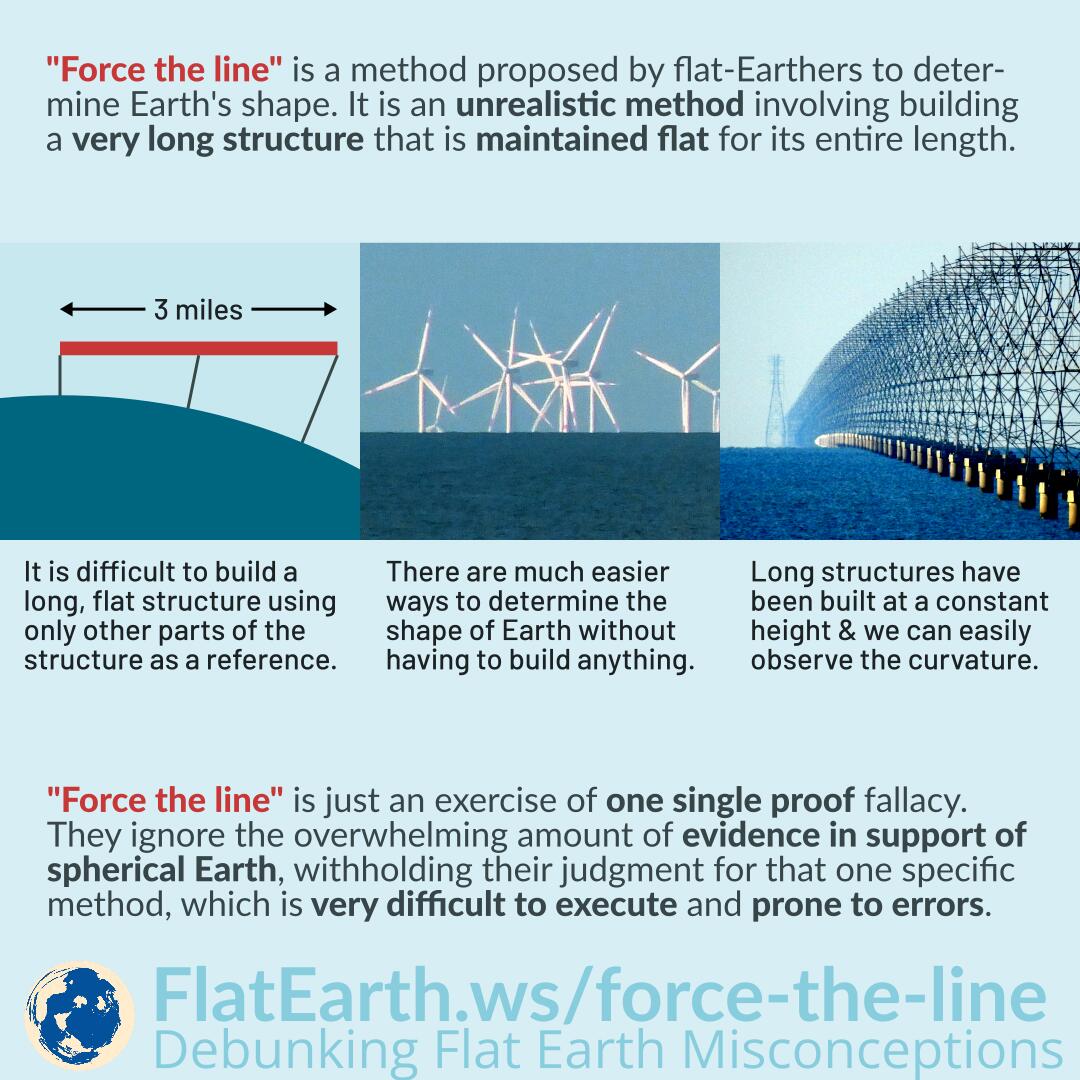 “Force the line” is a method proposed by flat-Earthers to determine Earth’s shape. It is an unrealistic method involving building a very long structure that is maintained flat for its entire length.

“Force the line” is just an exercise of one single proof fallacy. They ignore the overwhelming amount of evidence in support of spherical Earth, withholding their judgment for that one specific method, which is very difficult to execute and prone to errors.

It is difficult to build a long, flat structure using only other parts of the structure as a reference. Long and straight structures already exist, like many particle accelerators, but these structures were built using the knowledge Earth is a sphere.

There are much easier ways to determine the shape of Earth without having to build anything, like observing distant objects. Long structures also have been built at a constant height, like the Pontchartrain power transmission line, and we can easily observe the curvature.

It is a common flat Earth behavioral pattern that they devise methods that would prove Earth is a sphere, but extremely difficult & expensive to execute it is outright pointless. When, predictably, nobody steps up to do it, they will incorrectly assume it is because Earth is flat. “Force the line” is one of these methods.