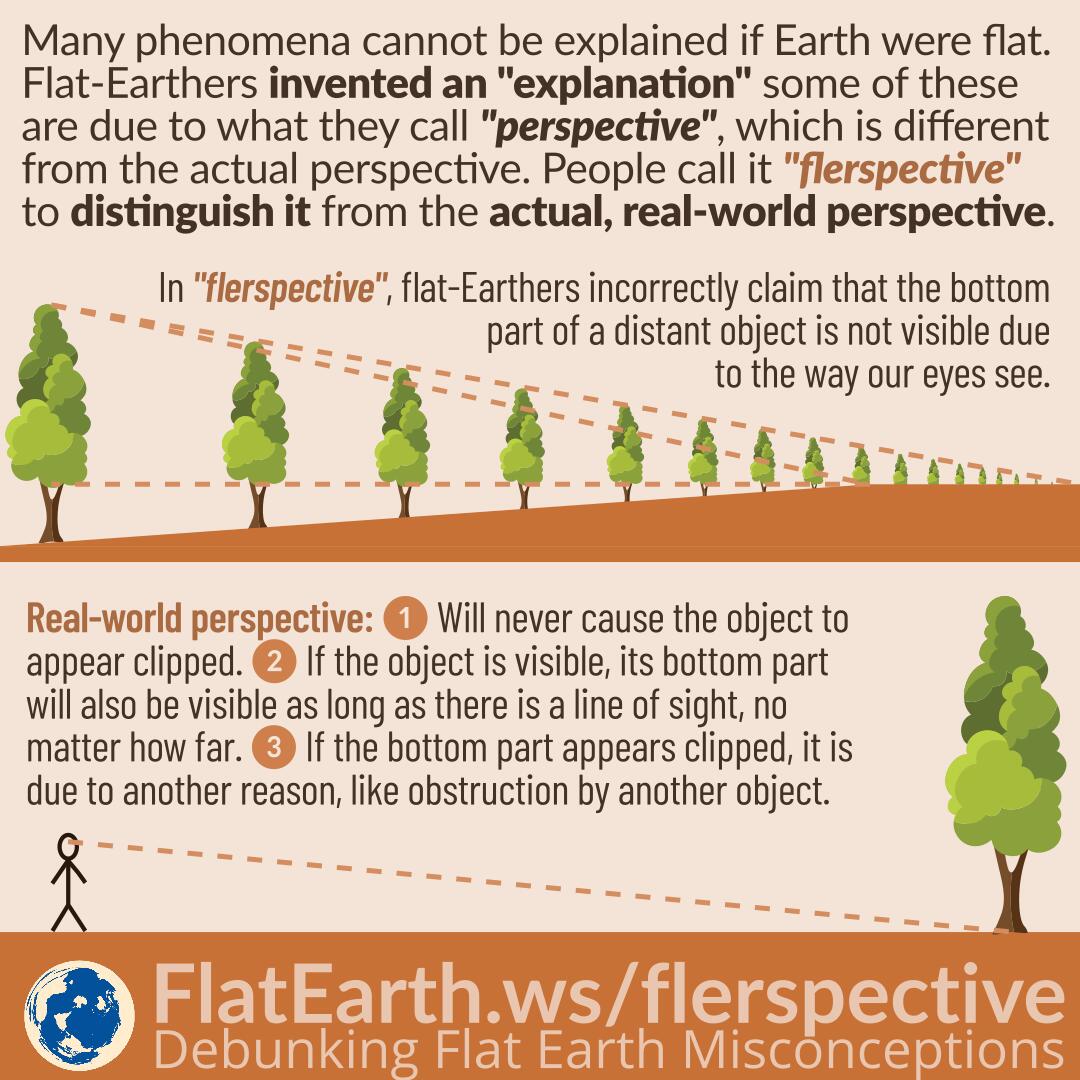 Many natural phenomena cannot be explained if Earth were flat, including the observation that the bottom part of a distant object appears clipped. To “explain” it as if it can occur on a flat Earth, flat-Earthers invented the “explanation” that it is due to what they call “perspective.”

Under the “law” of flerspective, the bottom part of a distant object can appear clipped on its own, despite there is a line-of-sight between the observer and the hidden portion. This assertion contradicts what we observe in the real world.

In the real world, perspective cannot cause an object to be half-visible and half-hidden. If there is a clear line of sight, the bottom part of the object will be visible. If not, then it is due to other reasons, like an obstruction by another object.

The “law” of flerspective does not have predictive power. It cannot be used to predict the visibility of a distant object qualitatively. We can try asking any flat-Earthers, and nobody will be able to calculate how far a distant object to start appearing hidden.