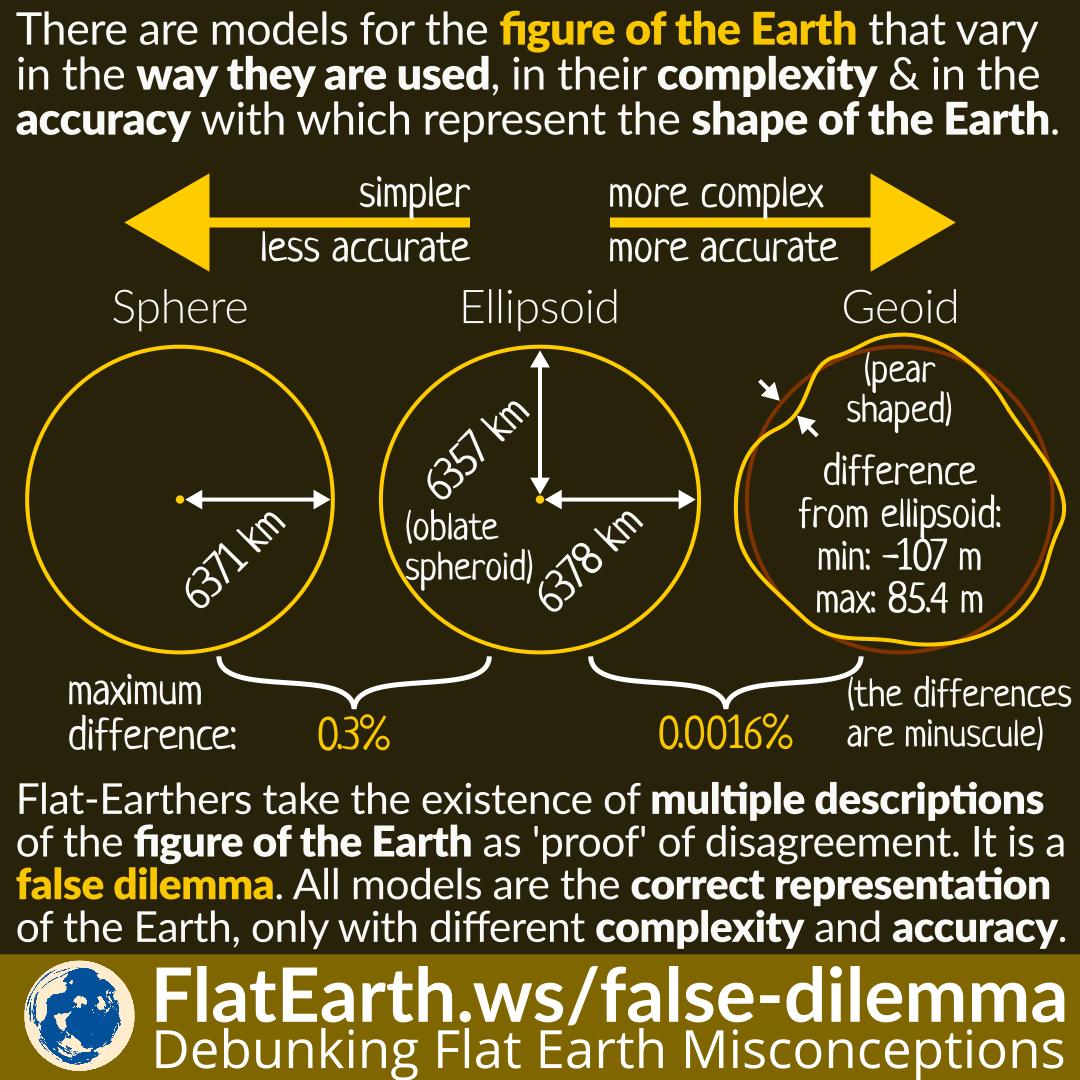 The list of the models describing the figure of the Earth:

The sphere model is the simplest. It is not ‘wrong’, but not as accurate as the other models. The geoid model is the most accurate, but also the most complex. The ellipsoid model is between the two in terms of complexity and accuracy.

All the models are the correct representation of the Earth. We choose a model based on our requirements. The Google Maps application, for example, uses the sphere model because it is simpler and requires less processing power; and thus usable on many devices, including low-end ones. It would save battery power, and taking account of its many users, would also save a substantial amount of energy.

On the other hand, to determine the elevation of a location, we use the far more accurate geoid model. The term ‘above sea level’ actually means that the elevation is measured from the geoid surface, which is the sea level at that location if it were an ocean.

Taking the many models of the figure of the Earth as evidence of disagreement is a fallacy of false dilemma. In reality, there’s no such dilemma.