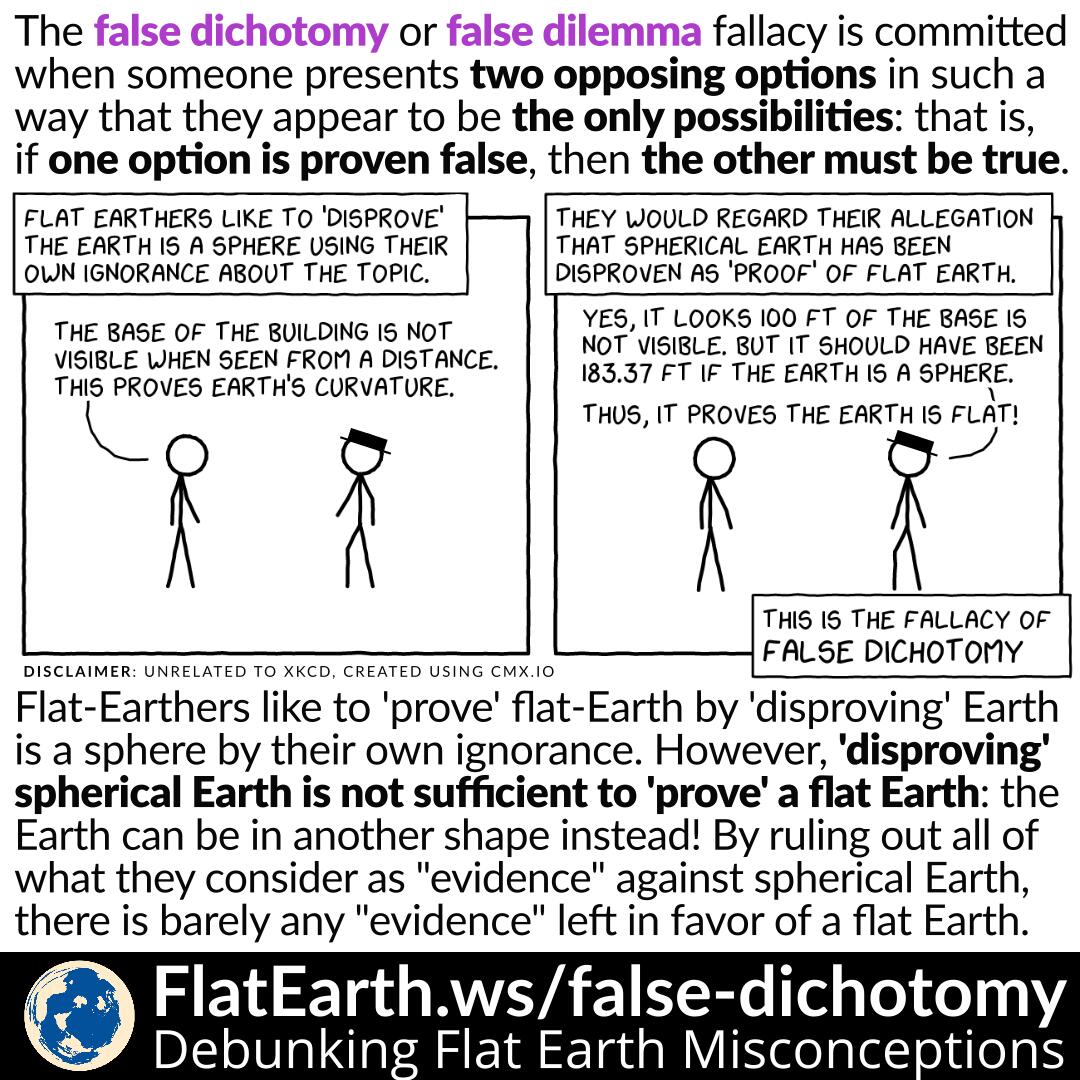 A false dichotomy or false dilemma is a logical fallacy which involves presenting two opposing views, options, or outcomes in such a way they seem to be the only possibilities: if one is true, then the other must be false. In reality, there can be many in-between or other alternative options, not just two mutually exclusive ones.

Flat-Earthers like to ‘disprove’ spherical Earth using their own ignorance about various issues. Then they would regard their erroneous belief that spherical Earth has been disproven as “proof” that the Earth is flat. This is fallacious reasoning because the Earth can be in another shape instead.

The fallacy of false dichotomy has the following structure:

It is fallacious because if A and B cannot both be true, it does not mean if A is not true, then B must be true. It can be that there is another alternative other than A or B.