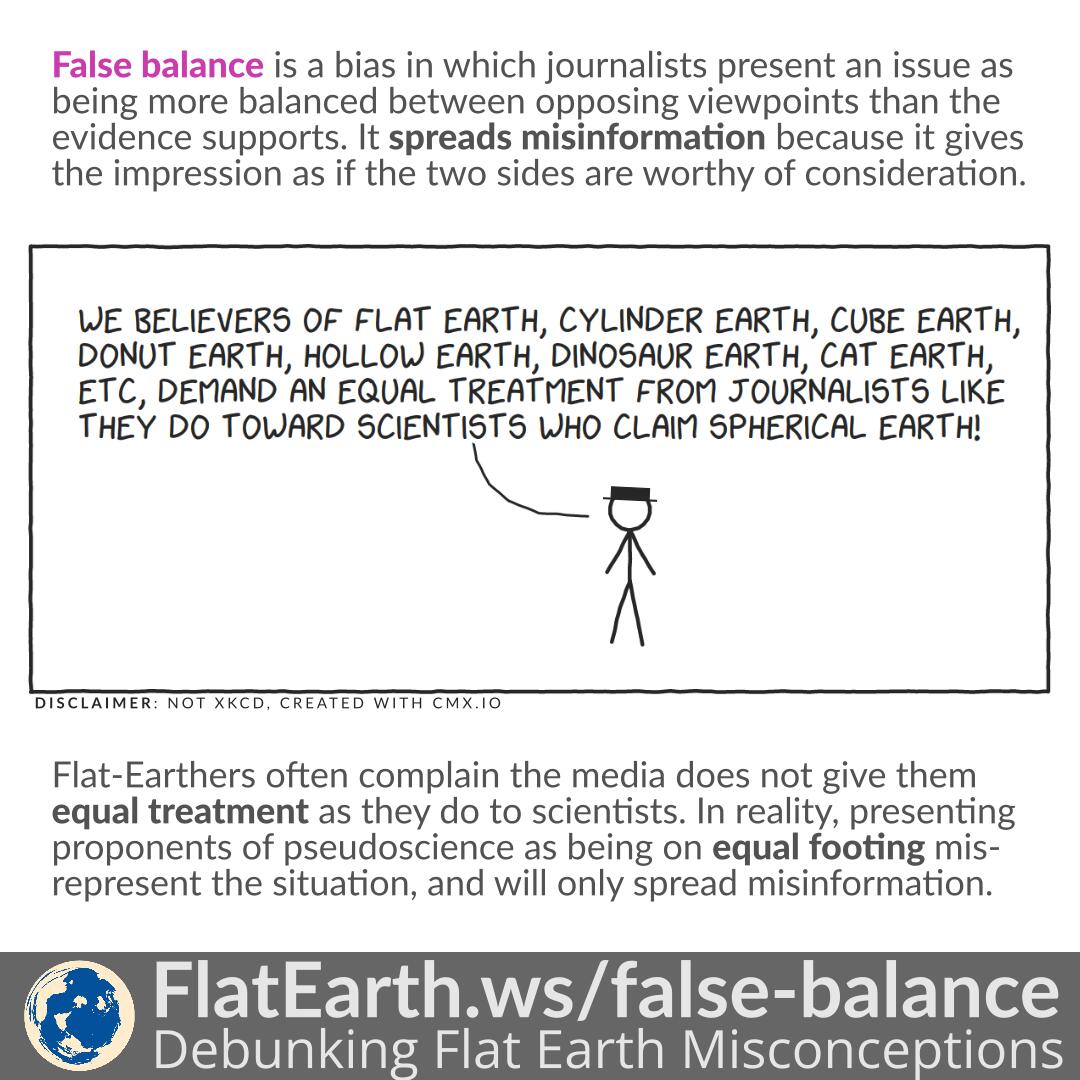 False balance is a bias in which journalists present an issue as more balanced between opposing viewpoints than the evidence supports. False balance spreads misinformation because it gives the impression as if the two sides are worthy of consideration.

Flat-Earthers often complain that the media does not give them equal treatment as they do to scientists. In reality, presenting proponents of pseudoscience as being on equal footing misrepresent the reality of the situation and will only spread misinformation.

False balance occurs due to the incorrect assumption that giving “both sides” equal treatment is the least biased way to present a controversial issue. It is a common problem in the format of tabloid talk shows, where two opposing sides are made to confront each other in a debate. And the viewers get to decide who “wins” the contest.

Some problems with these kinds of journalism: