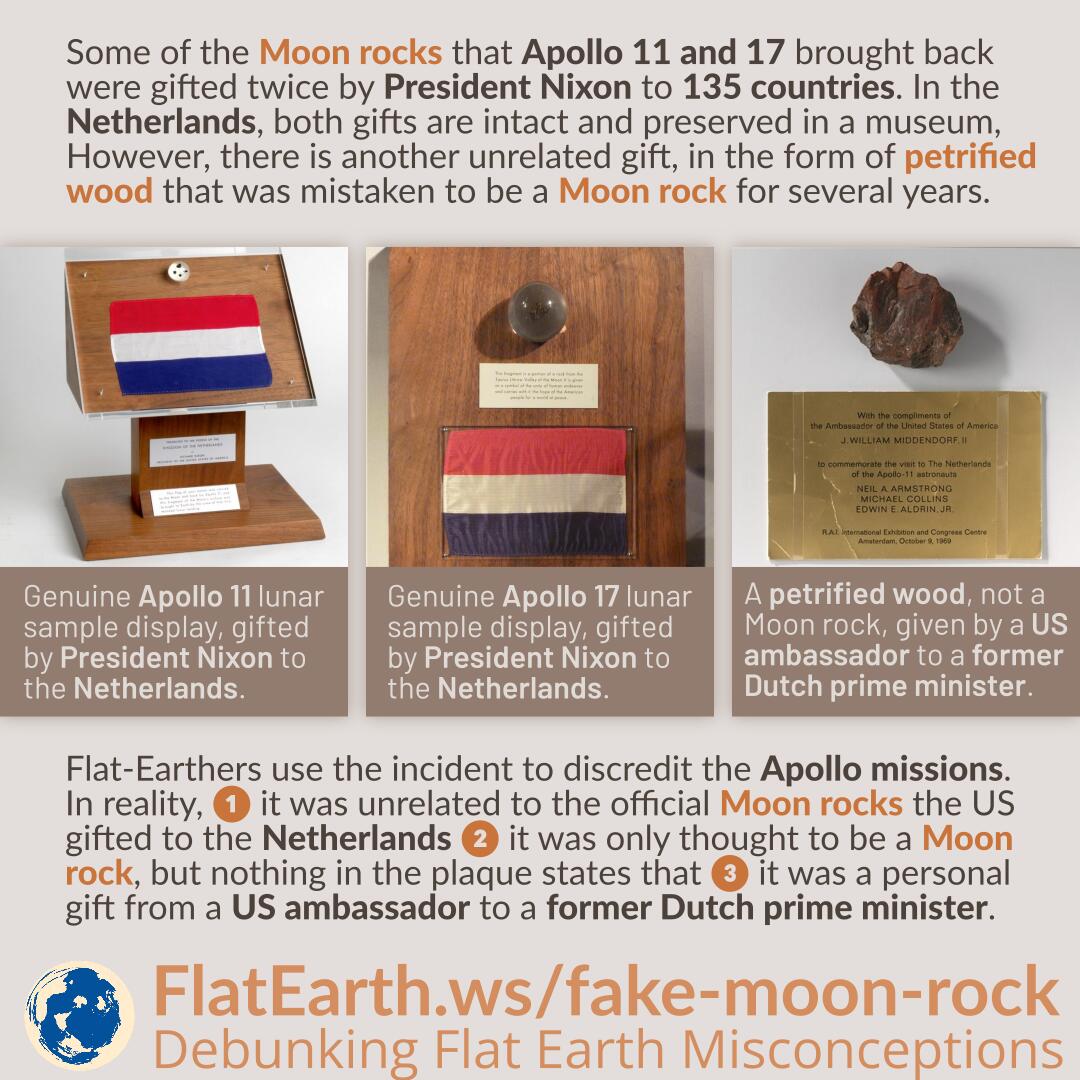 The incident was about the private gift given by US Ambassador J. William Middendorf to the former Dutch Prime Minister Willem Drees. After the death of Willem Drees, the Rijksmuseum acquired the gift and incorrectly assumed it is a moon rock, failing to double-check it. It was thought to be a moon rock for many years until 2009 when the museum realized that it is not a moon rock but a petrified wood.

The genuine moon rocks given to the Netherlands are still preserved and displayed in another museum, the Boerhaave Museum in Leiden. In fact, the Netherlands is one of the few countries where the location of both the Apollo 11 and Apollo 17 gift rocks is accounted for.