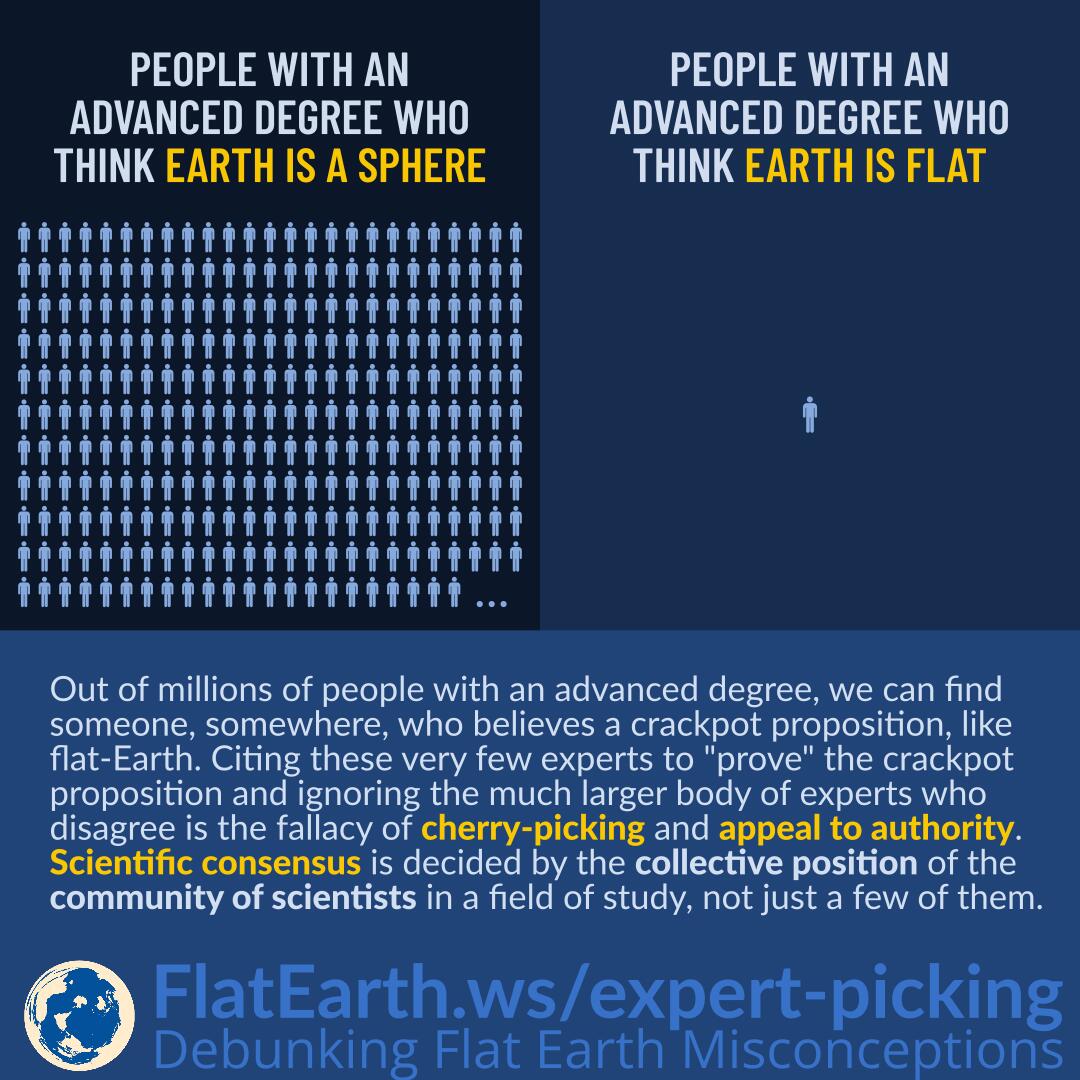 Out of millions of people with an advanced degree, we can find someone, somewhere, who believes a crackpot proposition, including flat-Earth. Citing these very few experts to “prove” the crackpot proposition and ignoring the much larger body of experts who disagree is the fallacy of cherry-picking and appeal to authority.

The scientific consensus is determined by the collective position of the community of scientists in a specific field of study, not just by a few individuals.

The other issue is that science is determined by evidence, not authority. Citing an authority as a logical proof is the fallacy of appeal to authority. The correct way of thinking is to use the consensus of experts to support our position, not as proof of our position. In other words, we use information from experts inductively, not deductively. It is unrealistic to research everything ourselves, and deferring to the consensus of experts is not fallacious.