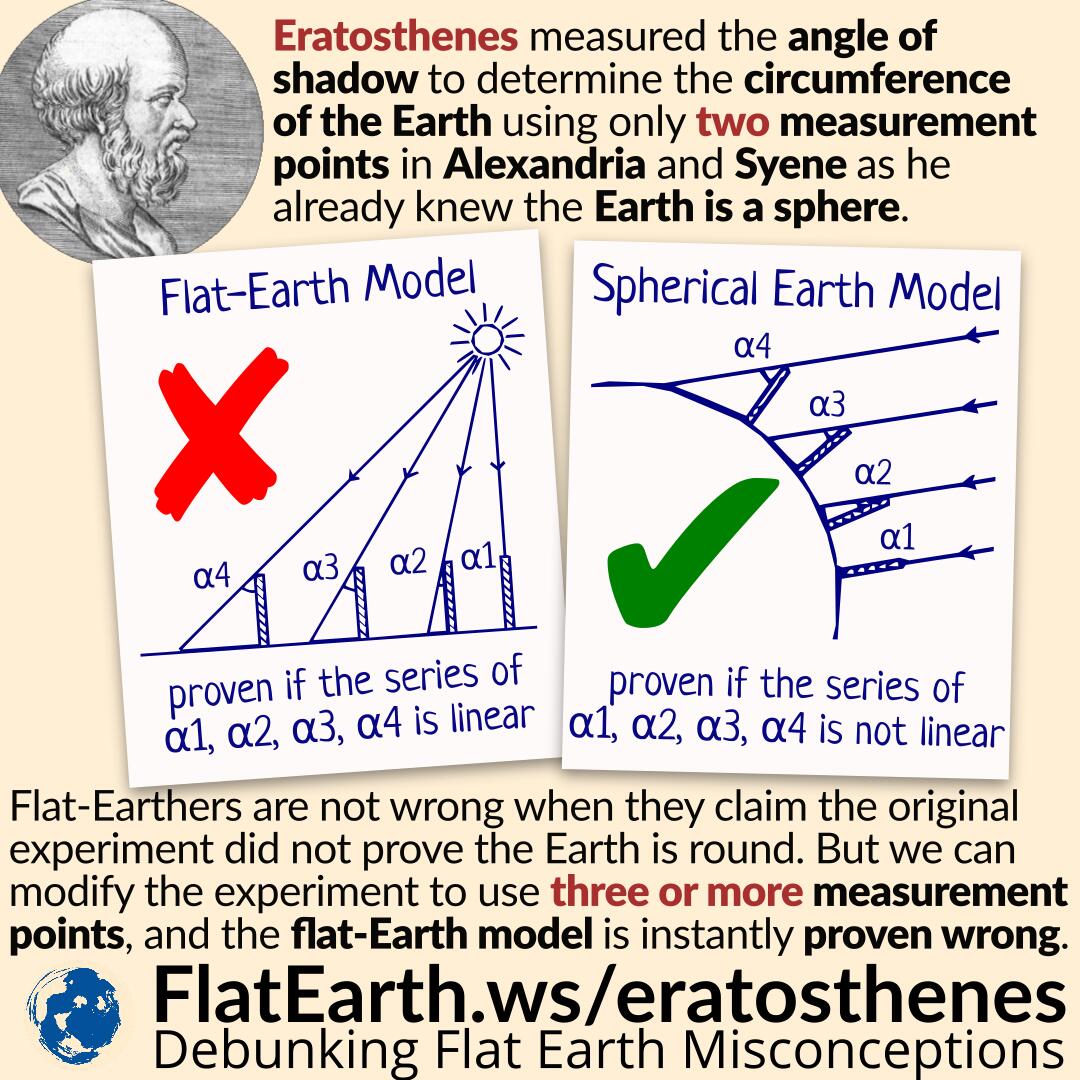 In 205 BC, Eratosthenes successfully determined the circumference of the Earth by measuring the length of the shadow cast by a rod. He did the measurement in Alexandria and timed it to coincidence when the Sun is directly overhead Syene.

2222 years after that, some flat-Earthers tried to refute the Eratosthenes experiment. They say the experiment can be applied to the flat-Earth model.

From the diagram above, both of these statements are right:

We can also observe that in near-polar locations, the experiment will result in a very long shadow. The flat-Earth model cannot explain this phenomenon.

Furthermore, the flat-Earth model will not produce a consistent result. It is not a coincidence that not a single flat-Earther can give us the exact distance to the Sun. Their outcome will vary a lot even though this experiment does not demand high precision and accuracy.

From this fact, we can easily conclude the Earth is spherical, not flat.

You can do the calculation yourself without any traveling by using the data provided by Eratosthenes.eu. This website attempts to pair two schools from around the world and help them redo the Eratosthenes experiment as a teaching aid. Their data is publicly available and can be used for our purpose.