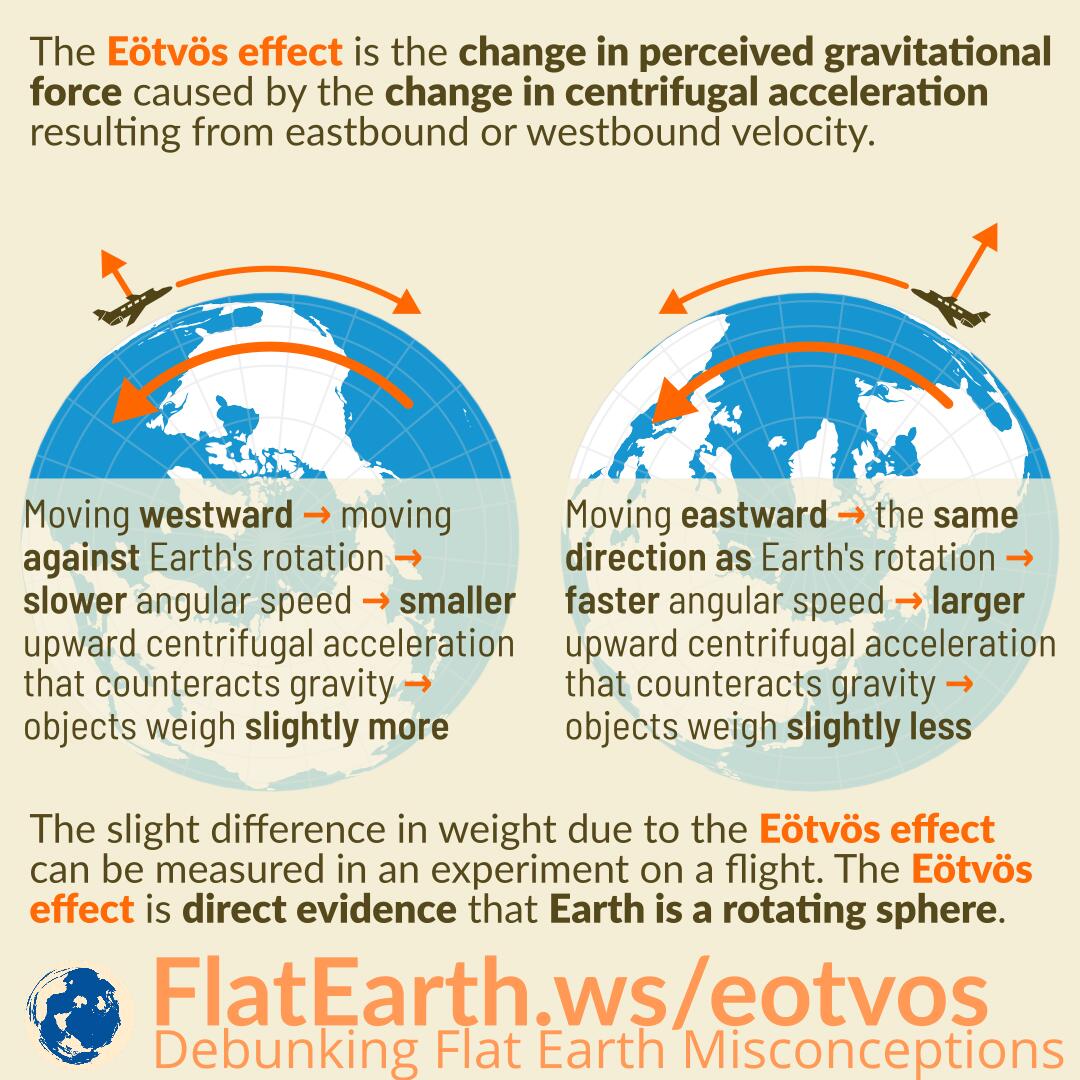 The slight difference in weight due to the Eötvös effect can be measured in an experiment on a flight. The Eötvös effect is direct evidence that the Earth is a rotating sphere.

Loránd Eötvös discovered the effect in the 1900s after noticing the difference in gravity measurement on moving ships. He noticed that the readings were lower when the boat moved eastwards, higher when it moved westward. He identified this as primarily a consequence of the rotation of the Earth.

On the other hand, moving westward means moving against Earth’s rotation. The velocities cancel each other and result in smaller angular velocity. It results in a lower centrifugal acceleration.

Assuming we are flying above the equator. We’ll take a 1000 gram weight with us, and before taking off, we calibrate our scale, so it shows 1000 grams at sea level. If we are cruising at 925 km/hour at the altitude of 12500m, then our scale will measure 991 gram if the plane is flying eastward. On the other hand, it will weigh 999 grams when the aircraft is flying westward. There’s a difference of 8 grams due to the Eötvös effect.

Other than the Eötvös effect, the altitude of the aircraft gives us a smaller gravitational force due to the difference in the distance from Earth’s center of gravity.

The calculation here was done using the online calculator Centrifugal and Gravitational Acceleration in an Aircraft by Walter Bislin.