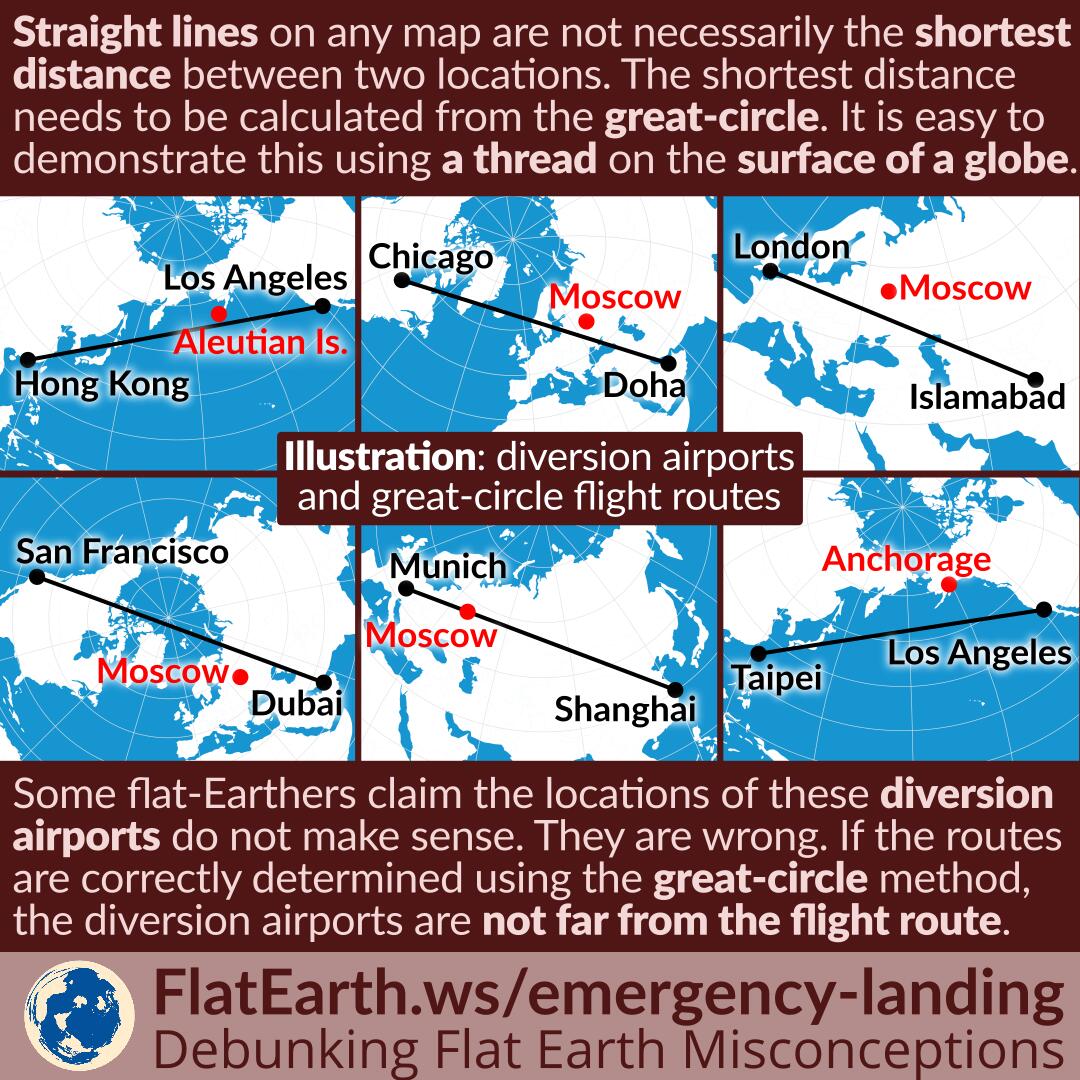 They would draw straight lines between flight origin and destination, once on a Mercator map (which they refer as something like ‘ball earth map’), and once on the supposed ‘flat earth map’. Then they would mark the locations of the emergency landings, and show that the location of the emergency landings would be closer to the route when it is drawn on the so-called ‘flat earth map’ than the ‘ball earth map’.

Some of the flights usually brought up by flat-Earthers are:

Coincidence? They certainly think not…

It is wrong to use the Mercator map and take straight lines between two locations as the shortest distance between them. To demonstrate this, we can use a thread on a globe. We would be able to tell that the shortest distance between two locations on the globe —or the great-circle distance— are not necessarily straight when being plotted on a Mercator map. The Mercator map is not a globe. Like every other map out there, it is only a projection of a globe.

Did you notice all the flights they mentioned are flights in the northern hemisphere? It is not a coincidence. Had the emergency landings happened in the southern hemisphere, then their so-called the ‘flat earth map’ would fail to explain them, every time.