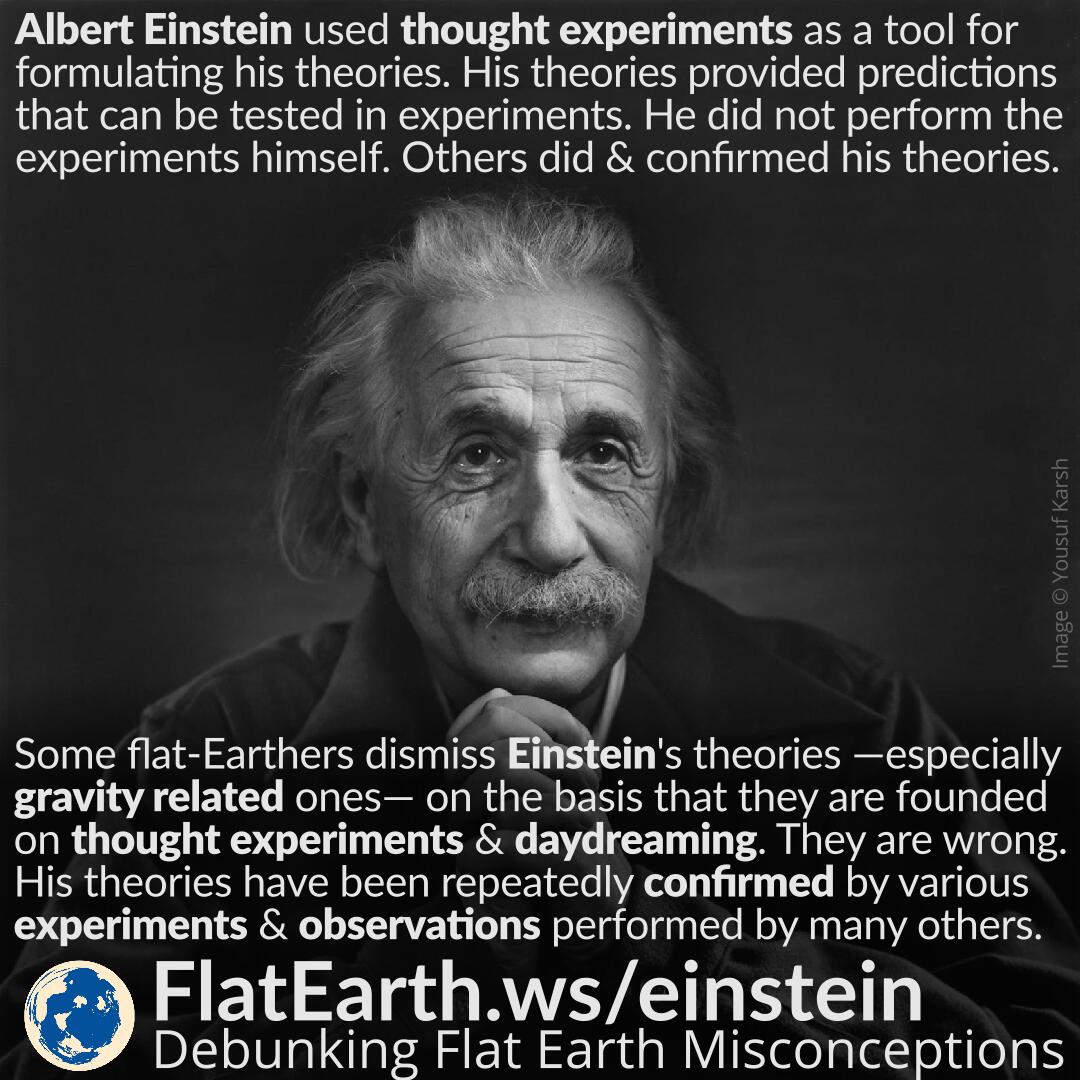 Some flat-Earthers dismiss Einstein’s theories —especially those about gravity— on the basis that they are founded on thought experiments and daydreaming. They are wrong. His theories have been repeatedly confirmed by various experiments and observation performed by many others, even to this day.

A thought experiment is a logical argument or mental model cast within the context of an imaginary (hypothetical or even counterfactual) scenario. It examines the implications of a theory, law or principles with the aid of fictive and/or natural particulars in an idealized environment.

The successful recent observation of the gravitational wave and the image of a black hole also serve as confirmations of Einstein’s theories, far after Einstein is no longer with us.