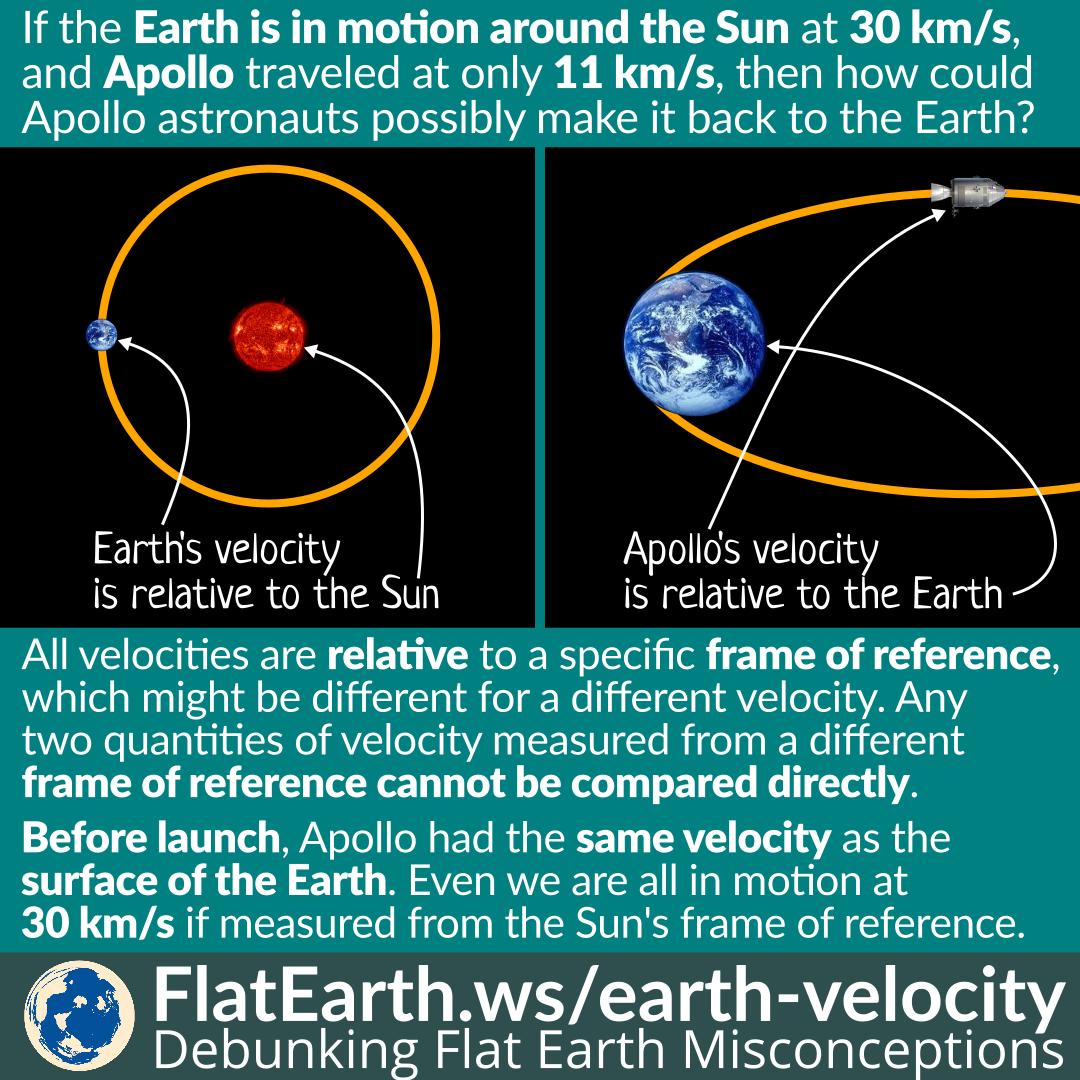 A widespread misunderstanding within the flat-Earth victims is related to velocity/speed. They seem to think velocity is absolute, while in reality it is measured from a specific frame of reference. Example:

“If the Earth is in motion around the Sun at 30 km/s, and Apollo traveled at only 11 km/s, then how could Apollo astronauts possibly make it back to the Earth?”

We used to measure velocity/speed relative to the surface of the Earth. But it is not always like that.

Apollo only needs to change its speed relative to the Earth if it is to reach the Moon.

Even we are all in motion at 30 km/s if measured from the Sun’s frame of reference. The same thing happens with a person sitting on a train. It would appear he/she is moving at the same speed as the train when observed by a person outside the train.