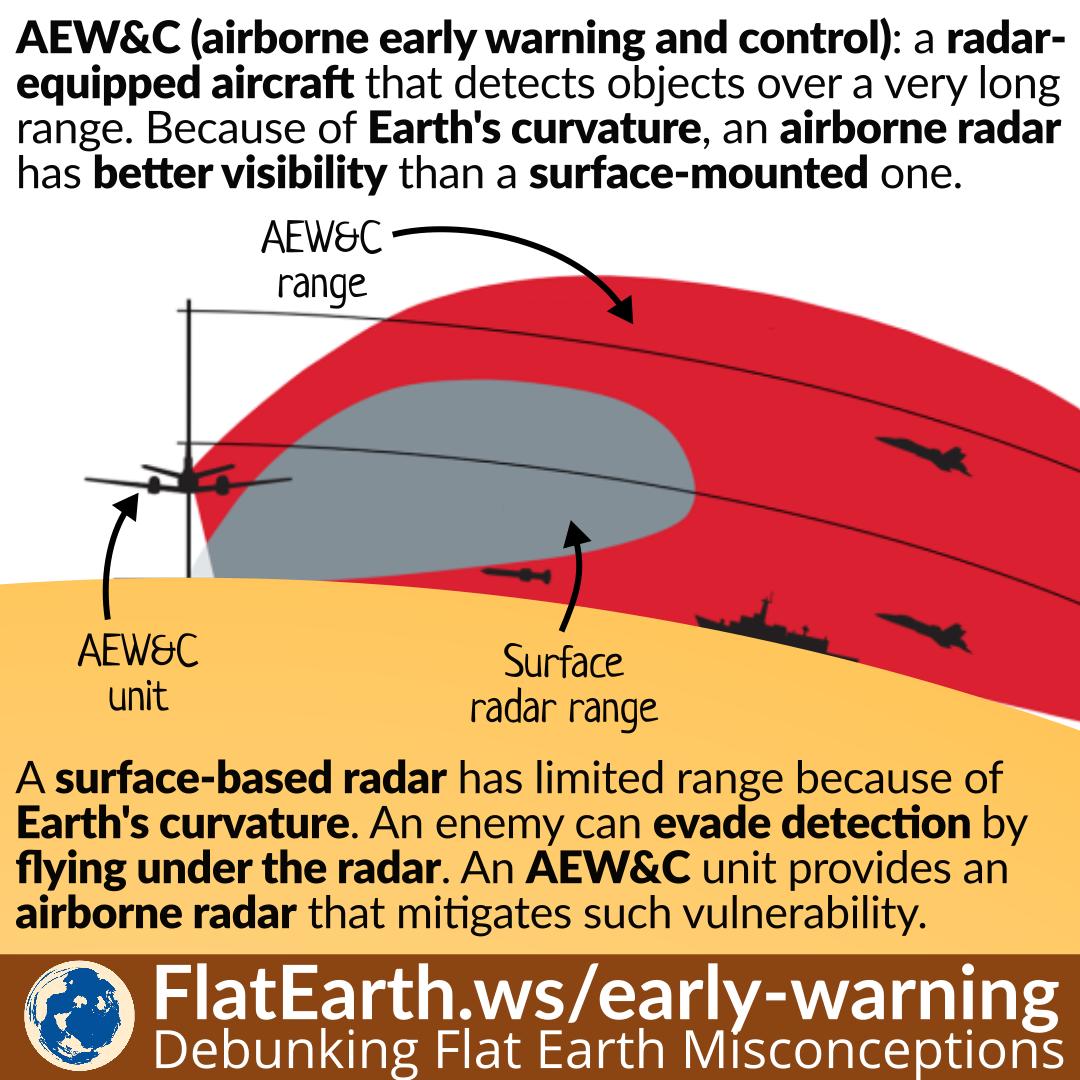 An AEW&C (airborne early warning and control) system is a radar system attached to an aircraft. It can detect objects at a very long range compared to any surface mounted radar system.

The reason is that Earth’s curvature limits the range of a surface-based radar. An airborne radar system mitigates this problem.

A radar system on Earth’s surface can only detect objects close to the surface from only about 40 km (25 miles) away. On the other hand, a Boeing E-3 Sentry AWACS unit can detect low-flying aircraft from 400 km (250 miles)), and high-flying ones from 650 km (400 miles) away.

If the Earth were flat, we would not need such system. A radar would need only to be created high enough to clear Earth’s contour.