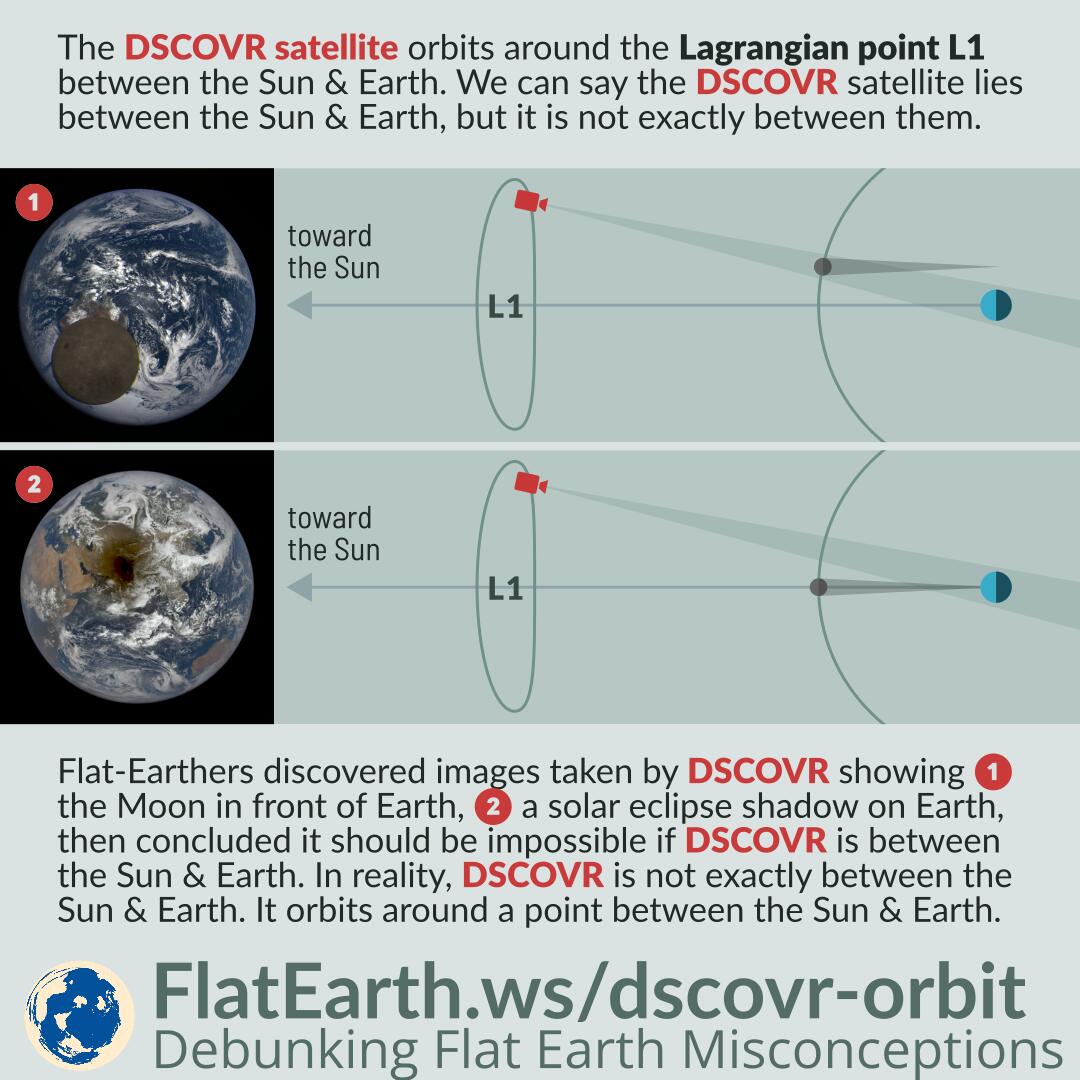 DSCOVR several times captured the image of the Moon in front of Earth. Flat-Earthers claim an eclipse should occur during the capture due to their incorrect assumption that the satellite is exactly between Earth and the Sun.

On the other hand, DSCOVR has also captured the Moon’s shadow on Earth during a solar eclipse. Flat-Earthers incorrectly claim the Moon should appear in front of Earth in the picture. Again, this is due to their wrong assumption that DSCOVR lies exactly between Earth and the Sun.