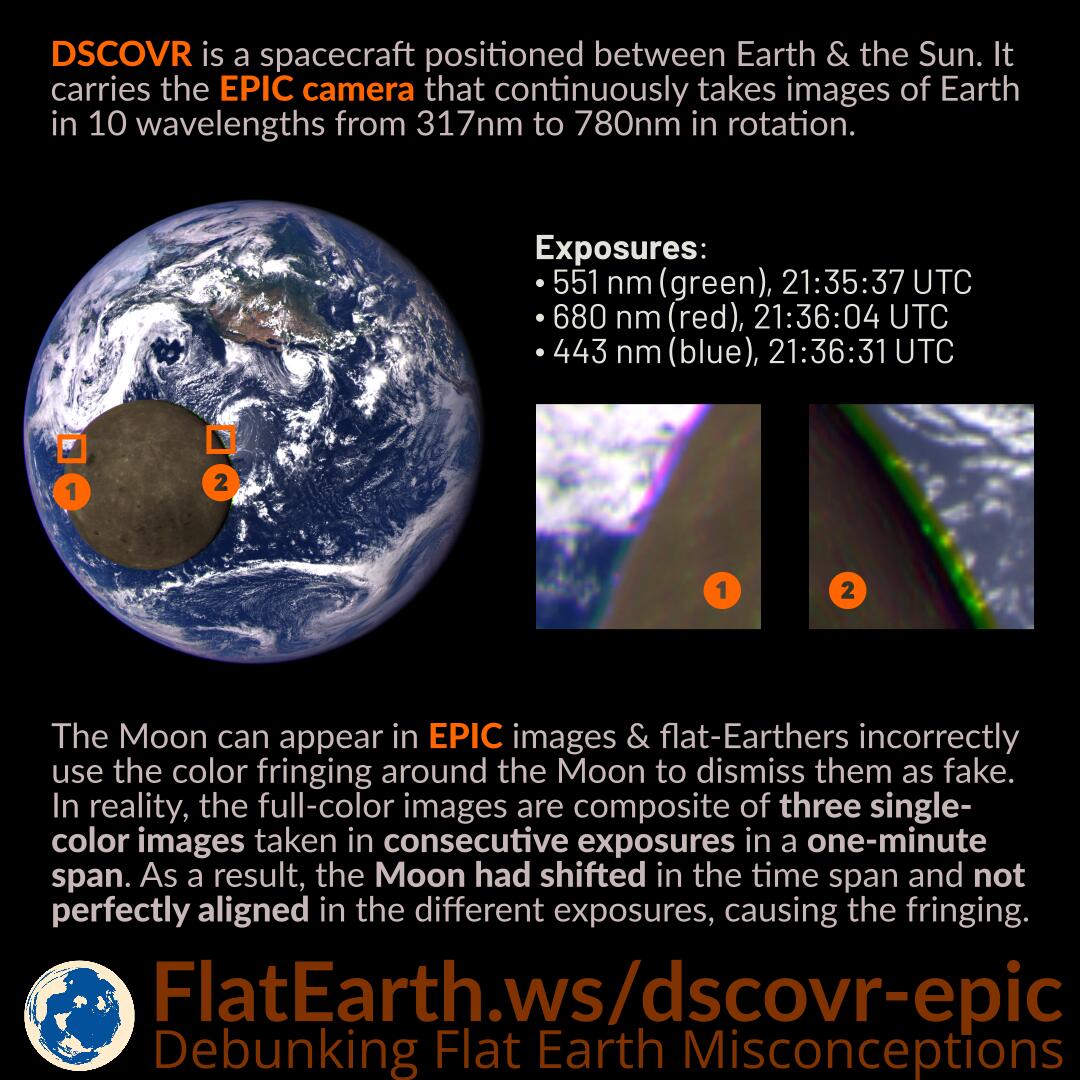 DSCOVR is a spacecraft positioned in the Lagrangian point L1 between the Sun and Earth. It carries the EPIC camera that continuously takes images of Earth in 10 wavelengths from 317nm to 780 nm in rotation.

The Moon can appear in EPIC images, and flat-Earthers incorrectly use the color fringing around the Moon to dismiss the images as fake. In reality, the full-color images are composite of three single-color images taken in consecutive exposures in a one-minute span. As a result, the Moon had shifted in the time span and not perfectly aligned in the different exposures, causing the color-fringing after the images are composited together.

In the example, we use the raw image in HDF5 format epic_1a_20150716213604_03.h5 from NASA. There are three color channels inside: 551 nm (green), 680 nm (red), and 443 nm (blue). Each of these components is accompanied by metadata, which includes the time the image was taken. From the timestamp, we can determine the three different images were taken in 27 seconds interval. Therefore, there is a time span of 54 seconds between the first exposure (green) and the last (blue).

Because the Moon had already slightly shifted during the 54 seconds, it is not in the same exact location in the different colors. Therefore, when the three channels are merged in a single full-color image, some color fringing around the Moon occurs.