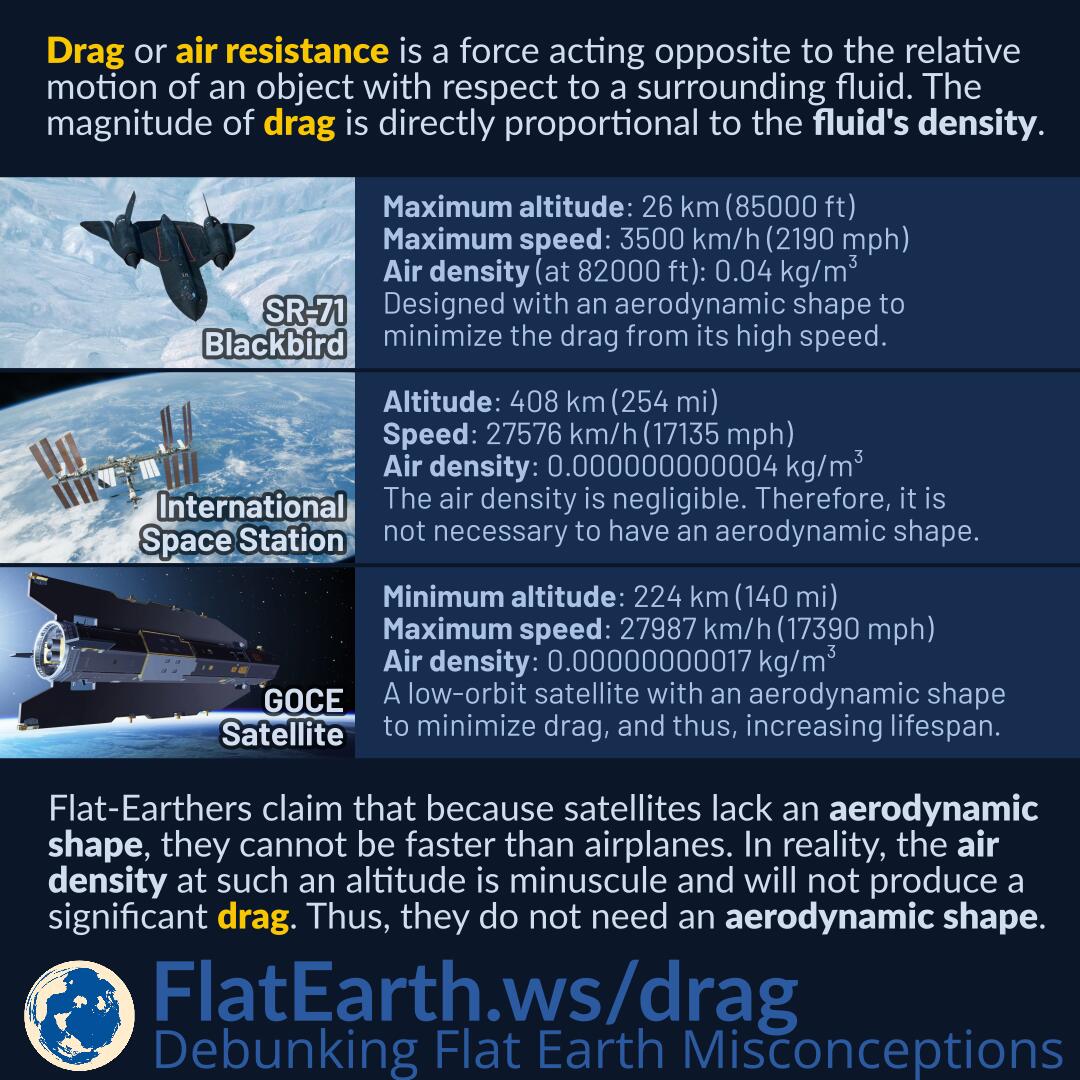 Drag or air resistance is a force acting opposite to the relative motion of an object with respect to a surrounding fluid. The magnitude of drag is directly proportional to the fluid’s density.

Flat-Earthers claim that because satellites lack an aerodynamic shape, they cannot be faster than airplanes. In reality, the air density at such an altitude is minuscule and will not produce a significant drag. Thus, they do not need an aerodynamic shape.

The reconnaissance aircraft SR-71 Blackbird has an operating speed of 3500 km/h. On the other hand, the ISS moves at 27500 km/h relative to Earth’s surface, or about eight times greater. Flat-Earthers claim the ISS should have been destroyed at such high speed, as it does not have an aerodynamic shape.

Nevertheless, the slight drag will still cause the ISS to lose altitude over time. To deal with the problem, ISS needs to be periodically boosted. Every a few months, the supply missions to the ISS can provide the much-needed boosting while they are being docked with the ISS. Or it can be done by the ion thrusters of the ISS itself.

Lower altitude satellites operate in a higher air density. The GOCE satellite operates at half the ISS’ altitude, with 42× denser air density. The GOCE satellite is built aerodynamically to reduce drag. Doing it will reduce fuel consumption and, therefore, increase operational lifetime. Unlike the ISS, there is no supply mission to this satellite. Once out of propellant, it can no longer maintain its orbit and will crash into Earth.