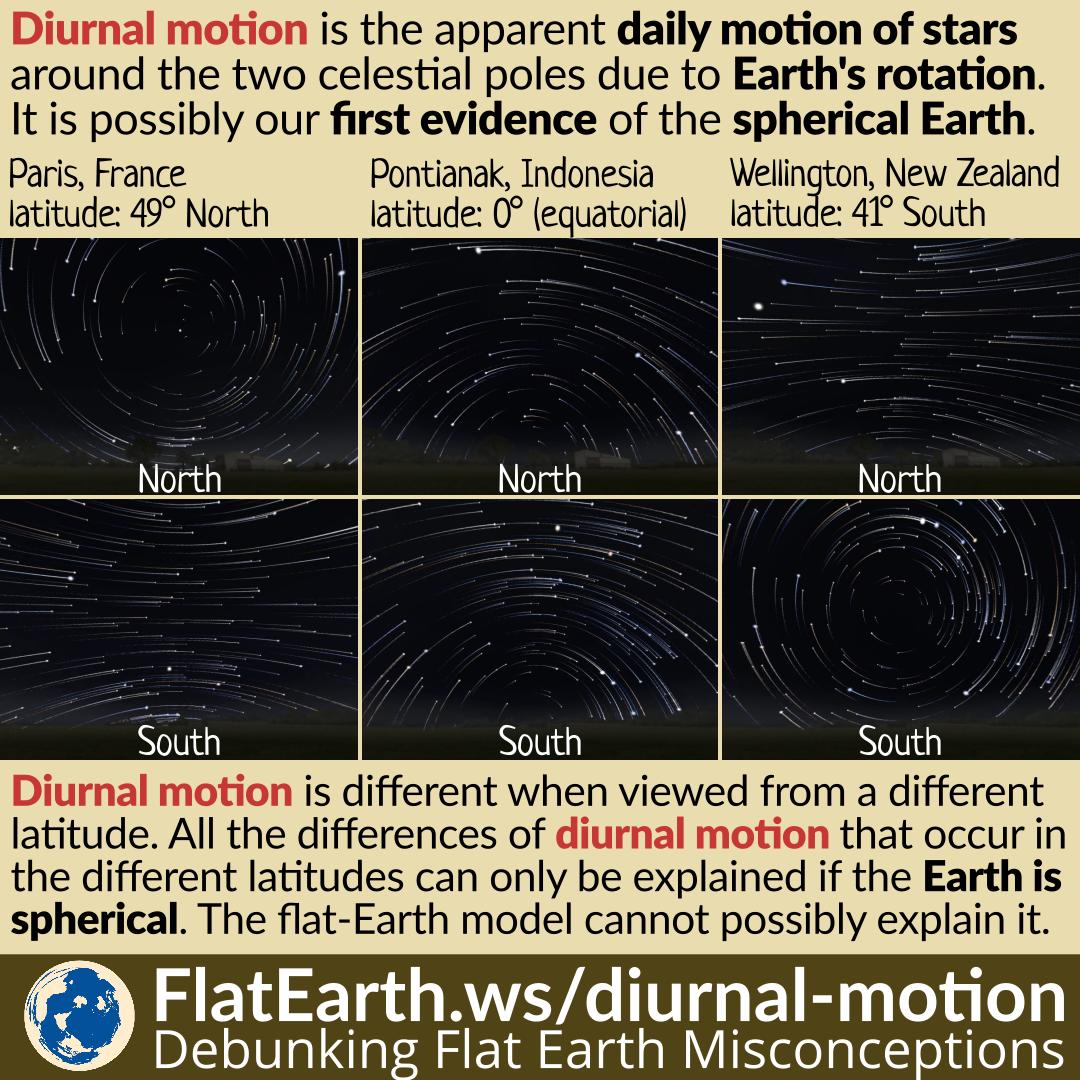 Diurnal motion is the apparent daily motion of stars around the two celestial poles due to Earth’s rotation. The stars move in a peculiar way that can only be explained in the spherical Earth model.

All the differences of diurnal motion that occur in the different latitudes on can never be explained in a flat Earth.

On the equator, the motion observed in the northern and southern hemisphere above can be seen simultaneously, with the difference that the circular motions are cut in half by the horizon. Facing east, stars appear to rise. And conversely, facing west, stars appear to set. Not unlike the Sun.

All of these can never be explained in the flat-Earth model. Once our ancestors gained the ability to travel over a greater distance, the difference of diurnal motion was quickly noticed. And just as quickly, the flat-Earth model was abandoned, to be replaced by the much more plausible spherical Earth. We can say that the unfortunate prominence of flat-Earth today is a result of the severed relationship between us and the stars.  Stars are no longer essential to our daily lives.