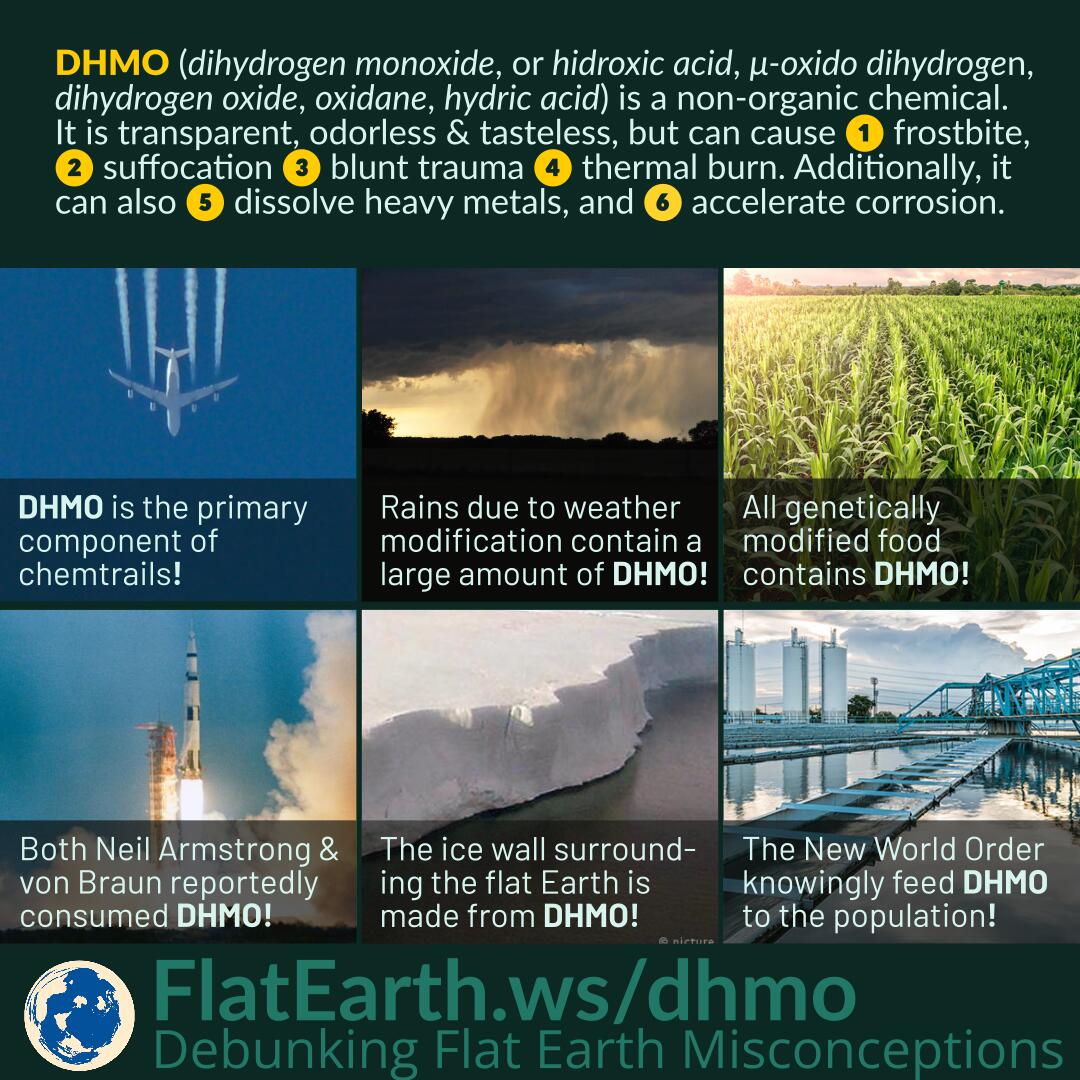 DHMO (dihydrogen monoxide, or hidroxic-acid, μ-oxido dihydrogen, dihydrogen oxide, oxidane, hydric acid) is a non-organic chemical. It is transparent, odorless & tasteless but can cause frostbite and blunt trauma in solid form, suffocation in liquid form, and thermal burns in gas form. Additionally, it can also dissolve heavy metals and accelerate corrosion.

There are many conspiracies involving DHMO in their modus operandi. DHMO is the primary component of chemtrails. Attempts of weather modification by the global scheme can result in a downpour that contains a large amount of DHMO. In the so-called “space industry,” both Neil Armstrong and Wernher von Braun reportedly often consumed DHMO. All genetically engineered plants are known to contain DHMO. And the new world order governments are knowingly feeding DHMO to the population.

The SARS-COV-2 virus is also known to contain DHMO. All the world’s leaders are alleged to consume DHMO as part of their daily diet. The autopsy of JFK after he was assassinated found a large amount of DHMO in his body. All the troops guarding the Area51 are ordered to consume DHMO regularly by their superiors. The companies that manufacture 5G equipment are known to mandate DHMO consumption to their employees. And according to the latest research, the ice wall surrounding the flat Earth contains a large amount of DHMO.

All of these things are not a coincidence. We have to increase our awareness of DHMO and its effect on humans.