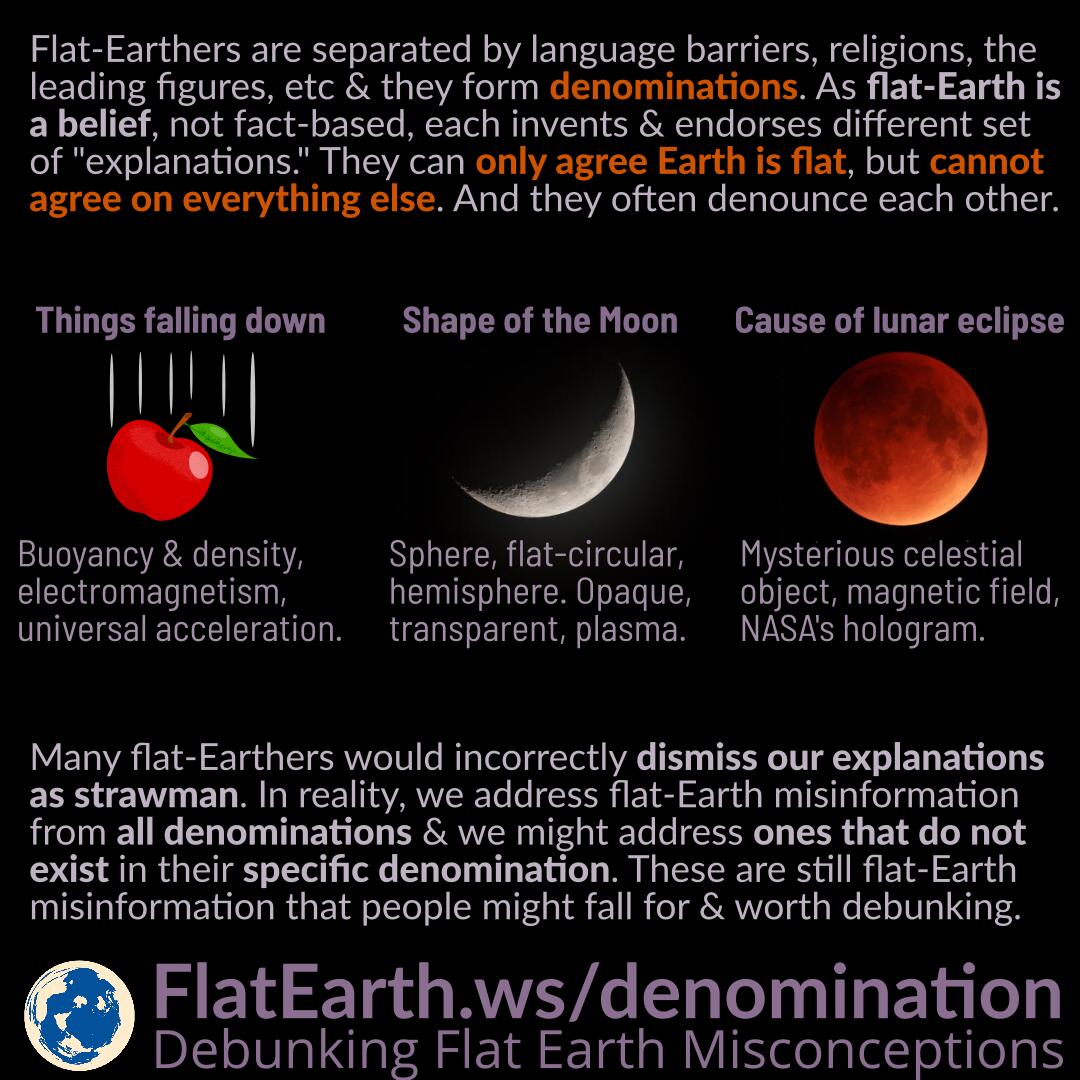 Flat-Earth communities around the globe are separated by country borders, language barriers, prominent religions, the leading figures, etc. As a result, they form several loosely-knitted but distinct denominations. Because flat-Earth is believed, not based on facts, each of the different factions invents and endorses different sets of “explanations” and talking points. All of them only agree on a single thing, that Earth is flat, but they cannot agree on practically everything else.

For example, TFES invented the so-called ‘universal acceleration’ to ‘explain’ gravity; however, most of the other denominations reject it. The YouTube personalities usually use density and buoyancy to ‘explain’ gravity, and the religious biblical literalist types do not want any ‘explanation’ that involves a moving Earth. The ‘dielectric acceleration’ explanation for gravity is popular in some obscure Spanish-speaking denominations. The ‘Moon should orbit the Sun directly’ talking point is only found in Indonesian-speaking denominations. And using the qibla direction to support flat-Earth is obviously only being discussed in Islamic denominations.

These flat-Earth denominations often wrestle influence from each other. They will even accuse others as impostors and dismiss them as the so-called ‘controlled opposition’ or ‘false flag’; NASA created them to infiltrate the flat-Earth community and discredit the entire community, or similar stories.