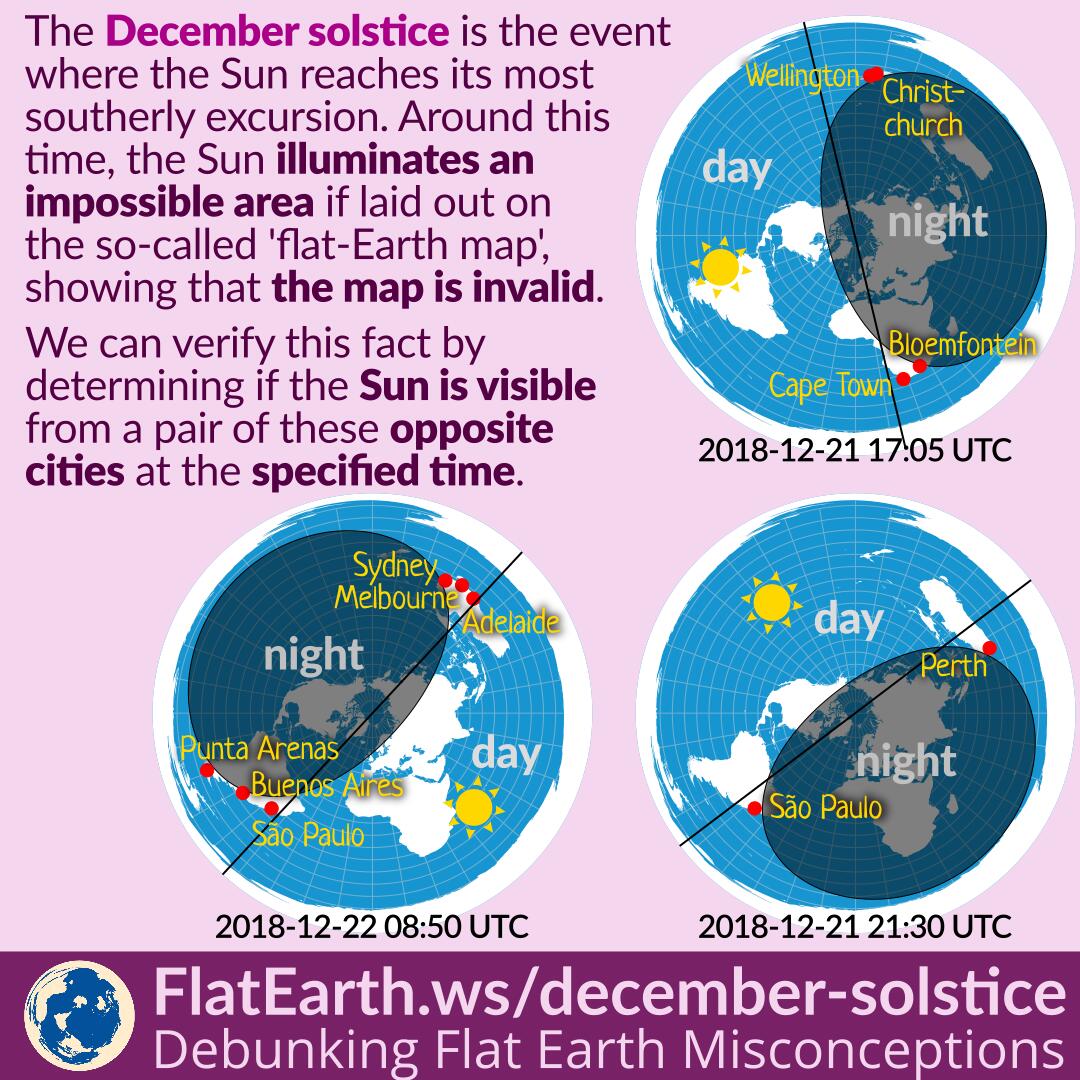 On the ‘flat-Earth map,’ the Sun would illuminate the ‘flat-Earth’ all the way to the edges, except for some parts in the middle which is having the night time, in shape not unlike a lopsided ‘bat-signal.’ Furthermore, the Sun is at the farthest point from the opposite side of the Earth that is getting the sunlight all day.

To verify this, anyone can make sure if the Sun is still visible on the opposite cities in the illustration. Even if there are no big cities located south enough, we can still conclude it is impossible for sunlight to behave like this.