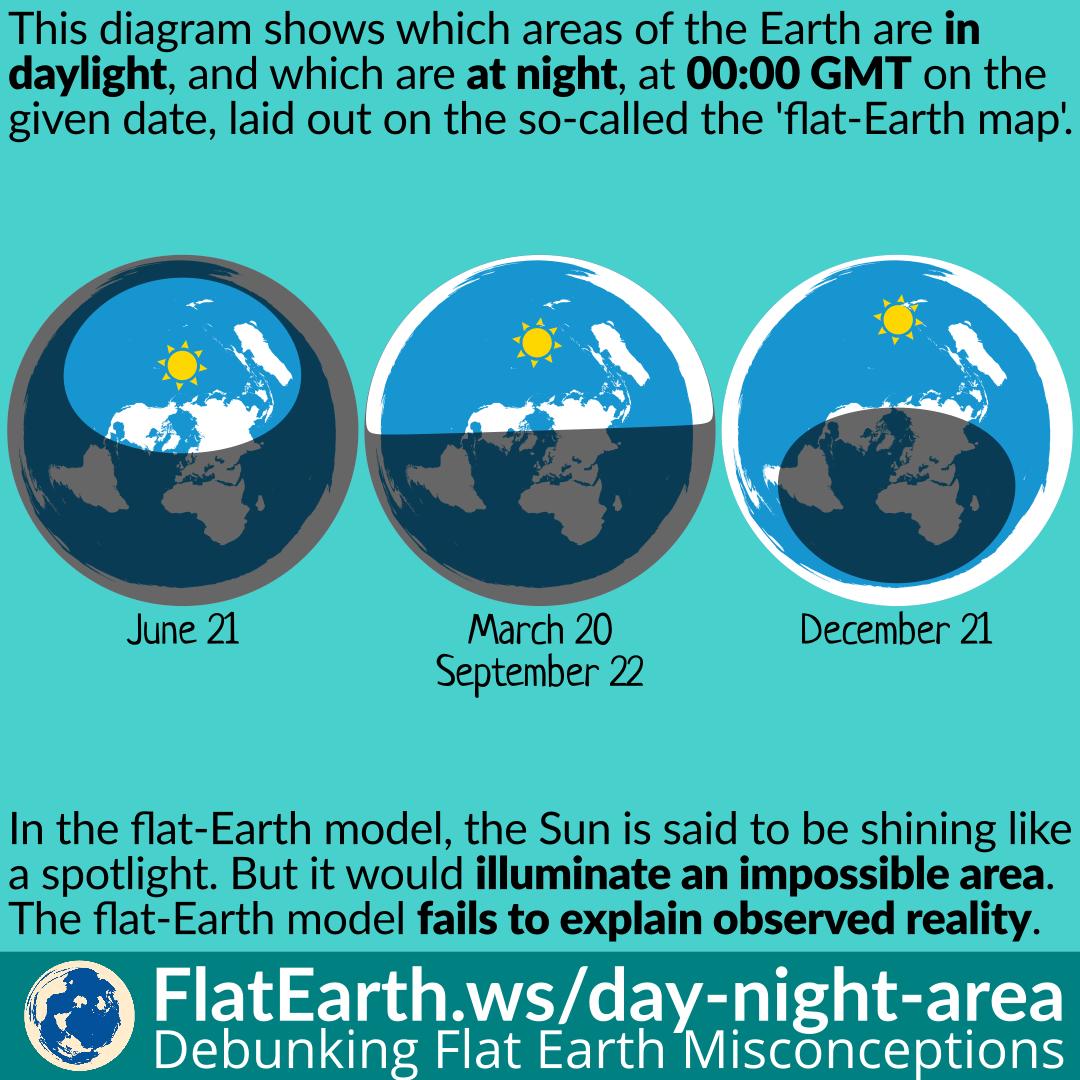 At any given time, there is an equal area of the Earth that is experiencing daytime, and that is having a night time. The reason is that the sun is very far, and it would illuminate a hemisphere of the Earth, and leave the other dark.

This fact is not a problem because the azimuthal-equidistant is a map, and like any other map, it has distortions. An area of the map closer to the center represents a larger real-world area compared to the same map area farther from the center.

On the other hand, flat-Earthers insist the azimuthal-equidistant map is the map of a flat-Earth, devoid of any distortions. And this is a problem for them. They would have to invent just another ad-hoc ‘explanations’ how the sun illuminates such an impossible area. Their ‘lamp-shade’ or the ‘spotlight’ explanations fail to explain it.